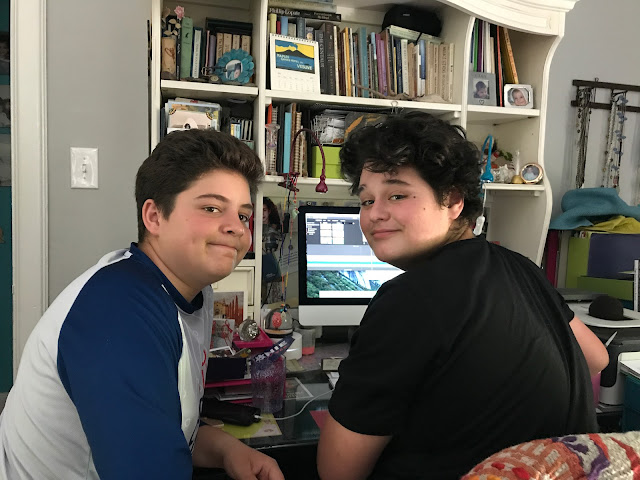 These two have been friends since preschool.

Once upon a time, a little boy named Oliver made a whole lot of money selling lemonade on the corner of our street. He worked diligently and saved nearly all of it and began bugging his mother about spending that money, all at once, on a drone. His mother declined because that's a ridiculous thing to spend money on and you need to save that for college until, years later, it was clear that Oliver actually did want a drone and intended to do great things with it. It's my money, Oliver said. You're right, she said with a sigh. He bought the drone.

Oliver and Joe have been making incredibly inventive films for years. Oliver is game for acting and doing the bidding of Joe who is a preternaturally talented filmmaker and editor. You really can't believe how good Joe is until you see his stuff. 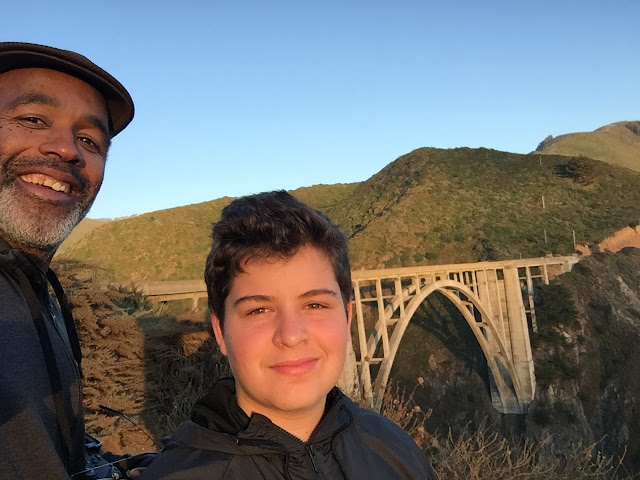 The Bird Photographer took Oliver up to Monterey this week to do a little drone photography and some whale watching. I'm not going to say how jealous I am (for obvious reasons), but Oliver -- on his first real whale-watching trip -- saw just about everything a person could dream of seeing on a whale-watching trip. Breaching whales, lunge feeding,  Great White sharks, dolphins, etc. etc. I have yet to see a whale breach, and I've gone out about eight times which is privilege enough. I just love this state I've adopted as my home. It is truly glorious, and I'm so glad that my children are California-bred.

Oliver and Joe made this short film that they titled Monterey Breach: A Short Drone Film. It blew my mind so much that I think I'm going to have to lie about how I tried to get Oliver to buy that thing for years because I just knew he was going to make something great of himself with it. I told Joe that when he's a famous filmmaker, I'm going to tell everyone that he made short films with Oliver in my little bungalow long ago.

Make it full screen, turn up the volume and be wowed:

Posted by Elizabeth at 2:19 PM