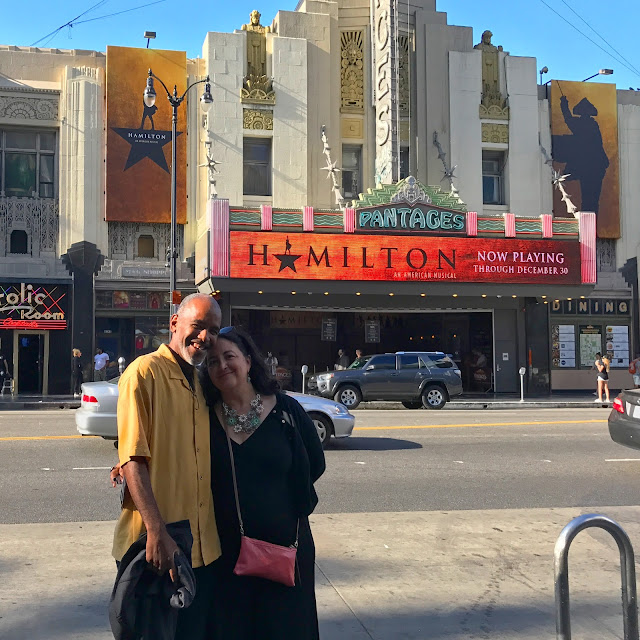 I know, I know, I know! So much has happened since I last posted! I got a surprise birthday gift from the Bird Photographer, I was blocked on Facebook by another high school classmate whom I dared to challenge (surprise, surprise!), there was a total eclipse of the sun, the POSOTUS held a rally in Arizona, part of which I watched, open-mouthed, on the teevee before grabbing my rosary beads and whimpering pray that I die, pray that I die, over and over like my Italian grandmother did in her senior years, and I'm currently helping MY SON to pack for college. We're leaving tomorrow, so I just kept the black dress and rosary beads and am praying to the Virgin Mary to sustain me through the transition.

But, Hamilton! Let's just dwell a bit on Hamilton! Anyone who knows me is aware of my curmudgeonly dislike of musicals (admitting that is akin to admitting that one hates animals or something, so I rarely voice it except here, for the world). But, Hamilton! Given all the hoopla, I admit to being curious about it and maybe even wishing, a teensy tinesy bit, that I could go.  Carl is to musicals as I am to musicals, but he surprised me with an early birthday present (I will be flying back from dropping off my son and will be wearing my black dress and rosary beads on my actual birthday this Sunday). I opened the card on Saturday night and gasped. 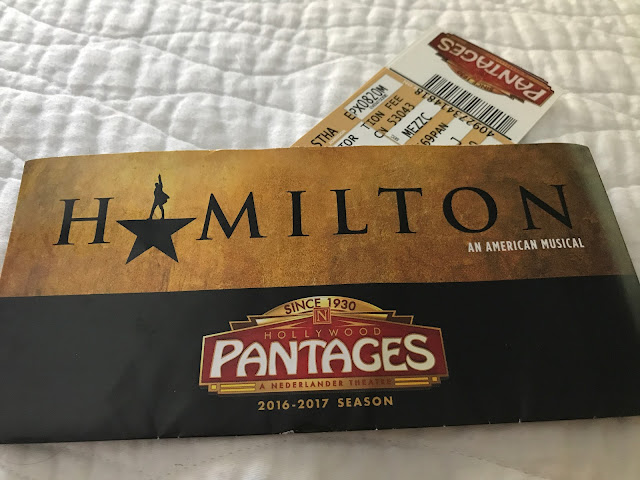 If you didn't already know it by now, The Bird Photographer is -- well -- the man, my person, my love, my friend, and now he's given me another gift that moved me to tears. Because this musical quite literally moved me to tears. The music, set, choreography -- all of that -- is fantastic, but to tell you the truth, that wasn't what really moved me. I kept sitting there thinking that someone had conceived of this, that someone had put this cast of beautifully diverse human beings into roles that would ordinarily have gone to white men, and that in doing so had quite literally brought America -- its very conception -- to life. I know that I'm not going to be able to do it justice, and I know that many people already have done so, but I was moved in a way that I have never been before as an American citizen. It was beyond radical and even sublime. To watch it now, given the shitshow that is Dear Leader et al,  is to be moved to tears. That's all I can say, and I hope so much that you get a chance to go, that young people get a chance to go, that young people of color get a chance to go, that the spineless of Amerikkka will wake the fuck up, that Dear Leader will disappear and that we can begin to heal from the national nightmare and make this place a truly equal country with liberty and justice for all.

That's my update. I need to continue with the mad packing, rosary bead chanting and existential dread.

P.S. I watched the partial eclipse at my friend Rain's house with her and Carl, and it was fantastic, but not as fantastic as seeing Hamilton. It was certainly as existential as having to drop my son off at college and the rest of his life, though. 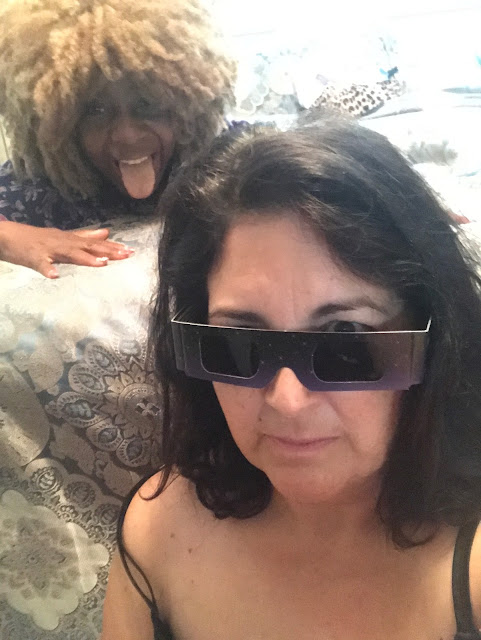