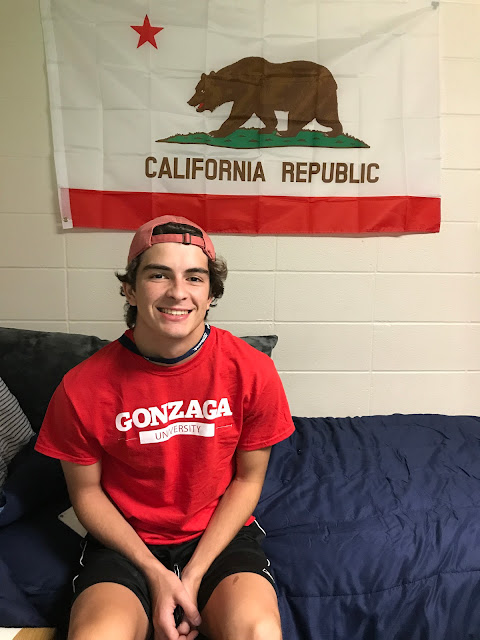 Things were all mixed up yesterday. I was showered with birthday love yet had to say good-bye to my beloved son Henry who is beginning his freshman year in college. The busy weekend came to a close at a beautiful morning mass for several thousand freshmen students and parents in the school's gym, called The Kennel because the school's mascot is the bulldog. It's also Jesuit, not the bulldog, but the school.  I watched the line of priests file in behind the huge gold cross and felt a familiar annoyance that it's only men -- ok, more than annoyance --  yet I wondered why it's so difficult to shed Catholicism, its liturgy moving like syrup through my head, the words spilling out of my mouth from some dark recess. I've often wished there were a sacrament of Egress -- some formal marking of leaving the Church behind. I nearly fainted at one point during the mass. I was thinking too hard, I think (!), like I did as a girl in church on Sunday. I think it's from boredom -- the lassitude, the combination of priest drone, empty gesture and saint-fantasy. Or maybe it was my throbbing elbow, smashed accidentally by the seat when I stood up. The pain was obliterating. I saw spots in front of my eyes, felt a wave of nausea, told Henry I needed to sit while everyone else stood. I put my head in my hands, bent over my legs, closed my eyes. By the time the priest asked the students to stand in the aisles and us to lift our hands over them in a blessing, I was openly crying.

It was always easy with Henry. All of it. It wasn't hard, ever, and I mean that, really. How lucky I was to raise him from shining baby and boy to young manhood. It's so hard to let him go.

My friend Doug said that missing someone is a good kind of pain, that it means the flame of love is burning, like a pilot light. We want that love on, a love that our sons and daughters will spread to new friends, new places and new experiences.

To be open-hearted, to be free with tears and joy, is everything. 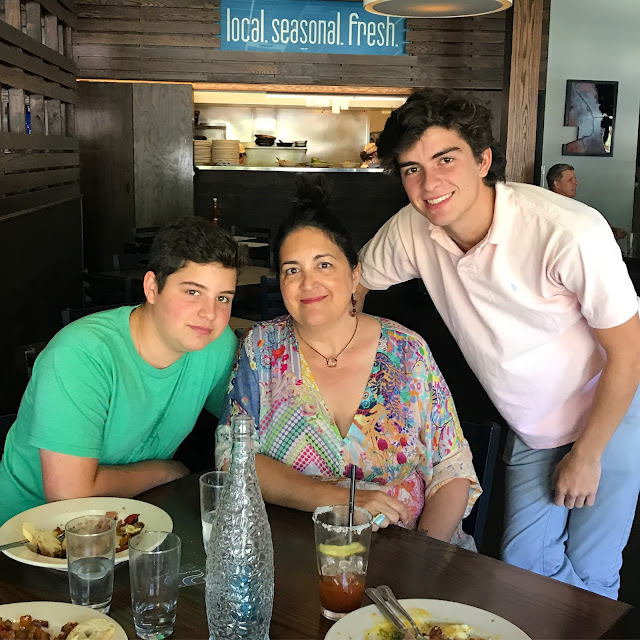 Posted by Elizabeth at 7:06 PM