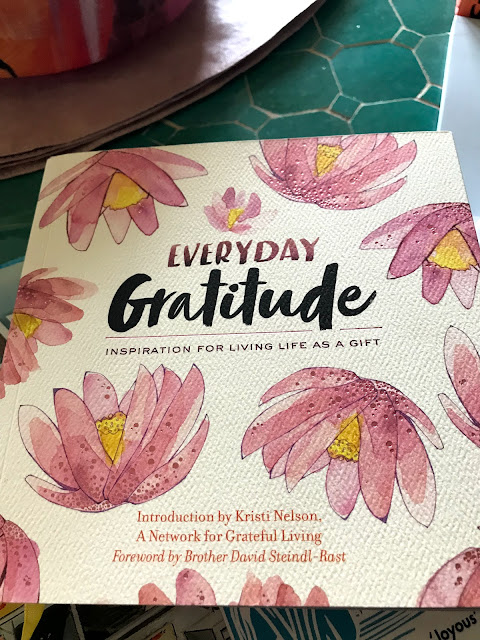 I'm not going to lie. I've been feeling about as low in general as I've ever felt, and rather than going through it all here (as I've done ad nauseum for many, many years), I'll just tell you that yesterday was a doozy in nearly all respects, that I spent a good many hours plumbing the dark side and didn't have any expectations that I'd be doing anything other than spelunking for the rest of my life. Have ya'll ever spelunked? I did many moons ago, when I was a painfully awkward preteen. I lived in Georgia, and as I recall it now, the weather was grotesque, hot and humid, but despite this, my mother had signed me up for a number of Red Cross activities which included canoeing, lifesaving and spelunking. As my regular readers know, I was a terrible athlete and preferred reading to just about any other activity, so slithering through a red clay tunnel was not something that I even remotely enjoyed. I do remember, though, that it was surprisingly cool in those tunnels and that I was actually pretty good at spelunking, namely because I was skinny. Yes, I was actually skinny back then and good in the dark, probably confident that light would come.

I know there are plenty of ya'll out there who espouse the whole gratitude thing, and while I've dipped into it now and then as a thing, I'm more prone to feeling gratitude for real, as opposed to a practice, and that's because I actually have so much for which to be grateful. In other words, it's not hard for me to feel grateful, even as I feel like shit or shit's raining down. Also, I was once a Catholic. I imagine only lapsed or former Catholics get the full gist of that statement.

The groove that my forehead has worn in the tile of my shower got a little action yesterday, as did the plumbing. Lots of tears. I am certain, during these times, that bitterness, resentment and overwhelming sorrow will take me over. You figure out which of those sentences are hyperbolic.

Then I opened my mail. I ordered the above pictured book a few weeks ago. It was published by the folks at gratefulness.org, or A Network for Grateful Living, an online site that I've had the pleasure of reading and then being a contributor off and on for many years. I always felt like a bit of an imposter when my writing appeared on their site, mainly because of the above -- the bitterness and resentment, the gratitude schmatitude thing and my own skill at spelunking. I ordered the book because what they do at gratefulness.org is a beautiful thing, and I want to support them. So, I'm flipping through the book, reading beautifully illustrated quotes by the Buddha and Barack Obama, by Brene Brown and Maya Angelou, Desmond Tutu and Mother Theresa, when I come upon -- well -- me. 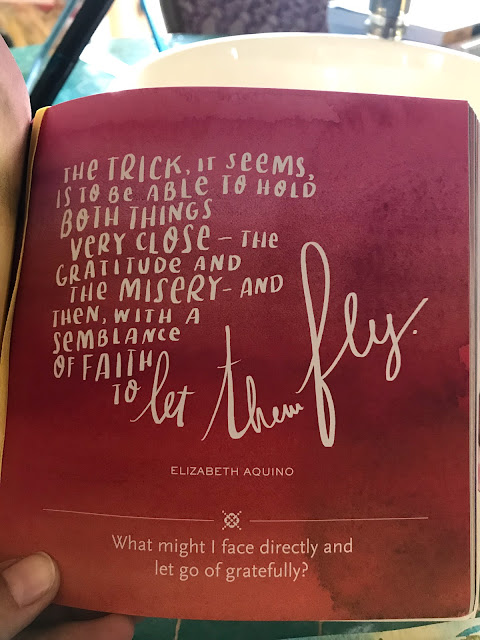 I swear I'm not telling you this as an act of self-promotion or even as a humble brag. I'm telling you this because I was feeling as low as I've ever felt as I flipped through this small book, and I had no idea that my words would be excerpted in it. My initial response was to burst out laughing at all the world's absurdity, particularly my own.*

There are no accidents, my friend Carrie Link has said.

Yes, I felt buoyed by the support and restored by the acknowledgement. I felt released by laughter. Mostly, though, it occurred to me that even the great sages with whom I was absurdly placed must have periods where they, too, are stuck in dark tunnels, crushed by the earth, that all of us share this humanity and that we are humbled by one another and, of course, completely grateful for one another. For real, not as a thing.


You can order Everyday Gratitude here. Please support them because they're doing beautiful work in this world.

* The index of contributors places me after Maya Angelou and before Joan Baez. I know it's alphabetical, but ya'll!
Posted by Elizabeth at 5:20 PM