Rapture in a Strip Mall 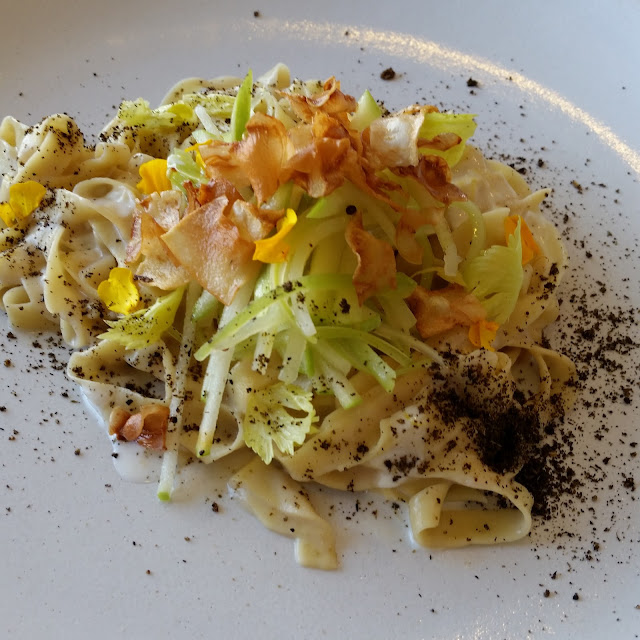 I was just about to combust when I received one of three daily phone calls from Sophie's school with an ever cheerful robot voice letting me know the latest salient facts regarding SENIORS. New readers might not be aware that Sophie, as a 20 year old, is still eligible to attend the great LAUSD, a mixed benefit that I am grateful for, I am, but that this is her third year as a SENIOR thus we are subject to all the excitement and responsibility that is due a SENIOR, all excitement that she is distinctly not a part of in any way but this robo call daily, until May of 2016 when she will not graduate but go on to her last and final SENIOR year. There will be no SENIOR portrait or cap and gown or prom or even a visit from the United States of America Marine Corps Recruiters (yes, they still call), and with the exception of the last, it makes me a bit bitter, a bit -- well -- combustible.

I didn't combust, though, because I left to have the most amazing lunch I've had in years and ended up in a near rapture. There's my hipster Instagram photo of homemade celeriac pasta with celery root, celery crudite with pickled mustard seeds, celery ash, and crispy Jerusalem artichoke. I ate this in about 3 seconds flat and then licked the plate. It's from a new little restaurant in a strip mall on Santa Monica Blvd in Hollywood. The restaurant is called Baroo, but I will henceforth call it Rapture in a Strip Mall. Don't get your panties in the proverbial Biblical wad. The dish cost $9. The chefs are Korean, and I think the fanciest, most prestigious restaurants in the world might be missing a chef or two, and they're right here in the big shitty in a tiny place in a tiny strip mall. Seriously. Don't tell anyone.

Here's the dish that my friend ordered: 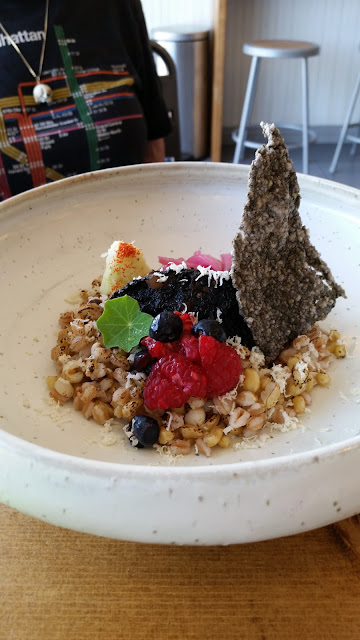 It was called the seaweed something or other and had grains and berries and horseradish and each flavor just hid, all subtle, and then jumped out at you as you chewed and then swallowed and then broke into tears. I won't even tell you about the shortbread, two tiny rectangles with some kind of little giblets of something or other on the top. My friend and I ate those standing up, outside the car, and it was sort of obscene given how high the temperature is today anyway.

This is why we live in the shitty, folks, even if God is still using the blowdryer on us, the humidity is rising, it's 104 degrees in the shade and we're praying that when El Nino comes, we don't return to the mud from whence we emerged.

Posted by Elizabeth at 6:24 PM