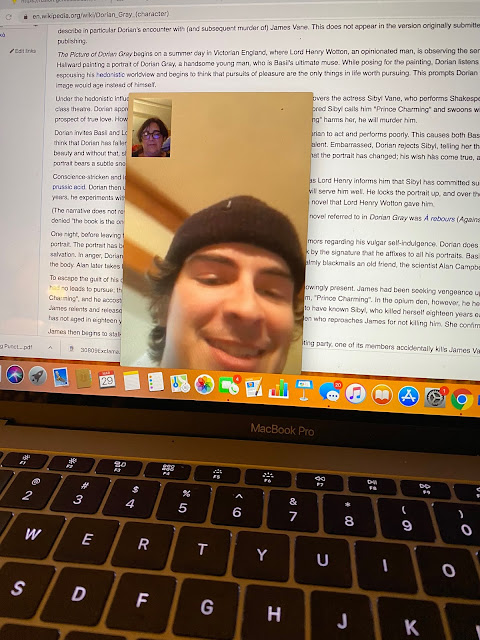 
Some of you have asked -- my boy Henry is up in Washington. He lives off campus with a few friends and is doing "school" virtually. I understand from both boys that school is really just "school," that they don't feel they're actually learning and that it's all bullshit and boring. I hear the word boring a lot, and to tell you the truth, I feel grateful that they're bored. At least for now, because who knows what sort of long-term effects this strange, strange time will have on them, our youth, our hope, our future?

Sophie just had a huge seizure that rattled me. I'm still capable of being rattled despite being tens of thousands of seizures in. Epilepsy really sucks. When will this be over? Never.

I read an article by Aisha S. Ahmad titled "Why You Should Ignore All That Coronavirus Productivity" that was published in the Chronicle of Higher Education. The writer says:


Yet as someone who has experience with crises around the world, what I see behind this scramble for productivity is a perilous assumption. The answer to the question everyone is asking — "When will this be over?" — is simple and obvious, yet terribly hard to accept. The answer is never.


It's not depressing, though. It's very wise, and what it did for me was to affirm what I already know, have already experienced yet willfully forget or bury or don't have the time to remember. What I already know is that I can do hard things. I know this hard thing is like no other hard thing in its scale, so I won't use the word but. It's not about me. What I can offer, though, is my tiny little mother mind™ -- remember that? I do. It's the part of me that was left after Sophie was diagnosed on June 14th, 1995. The rest of me came before that. People are used to things being recoverable, and we live in a culture -- whether religious or not -- that makes faith and hope virtues in what to me is a weird way. Some things are just not recoverable. They are irrevocable. I drove to Ralph's grocery store yesterday, wearing a mask and gloves. I have tried to limit myself from any of the shopping, but I really needed to see what was there because I'm the one planning and making the meals. I parked my car and stood in a long line that snaked behind the building, each person standing six feet from the next. We were let in one at a time, in small groups, and we shopped that way, too. Everyone is shopping that way. My eyes filled up with tears and my mask and warm breath made them fog up so I couldn't see. A long time ago, I was driving my three young children around the shitty from one of Sophie's various therapies or something. I'd gone through the drive-through of In N Out to get some french fries for them. Oliver was an infant, facing backwards, but Henry was three years old and sat in a car seat next to Sophie who was also in a car seat. Henry fed Sophie french fries, one at a time, cheerfully. Cheerfully. Or matter of factly. Matter of factly. I glanced up in the rearview mirror and teared up. The words It will never be normal for them rose up in a snaky cartoon-like bubble, filling the entire back seat. Irrevocable. I think that's why we cry. We are sad for things irrevocable.


I was talking about this with my friend Chris, who is no stranger to things irrevocable, to apocalyptic experiences, who is wise and like a big sister to me. We also know that we can feel joy anyway, live anyway, I said. She agreed. And that my friend is the ultimate example of holding two seemingly disparate ideas in one's mind at the same time and still being able to function. 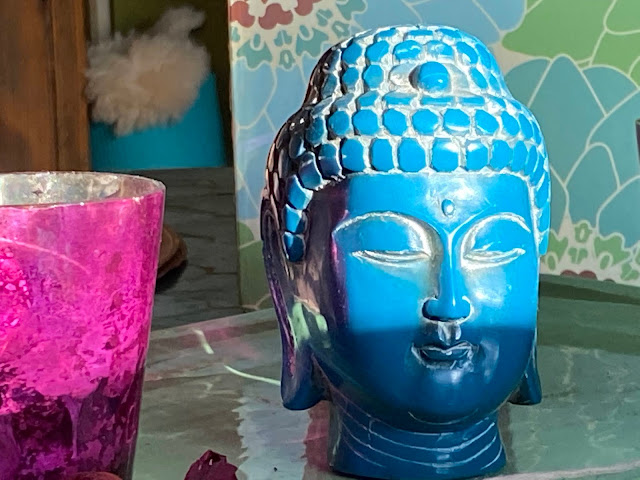 ...be slow. Let this distract you. Let it change how you thinnk and how you see the world. Because the world is our work. And so, may this tragedy tear down all our faulty assumptions and give us the courage of bold new ideas.
Aisha Ahmad
Posted by Elizabeth at 6:12 PM