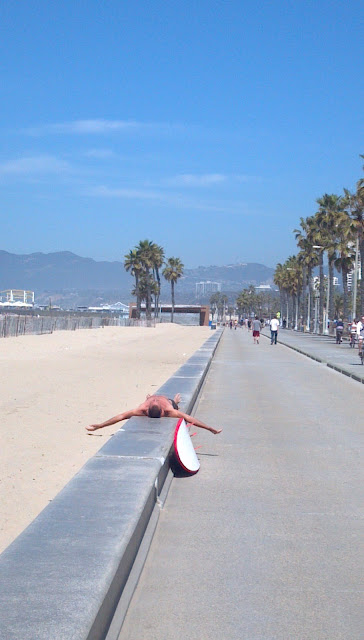 I took one today, on the beach in Santa Monica. By myself. Unprecedented, as I can't remember the last time I did that by myself. I was reminded, again, why I wouldn't live anywhere else. I snapped some photos from my cell phone, but I did it blindly, squinting into the sun.

The man in the photo below was about a hundred years old and very, very tan. He was wearing a sort of exercise loincloth and was very, very fit. 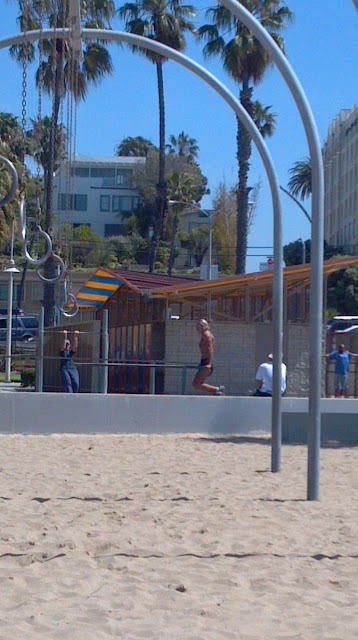 I wish I were a surfer. I know I've said that before. Next best is looking at surfers shower and walk off the beach with their boards. I took this over my shoulder, because I was embarrassed to turn around and do it. 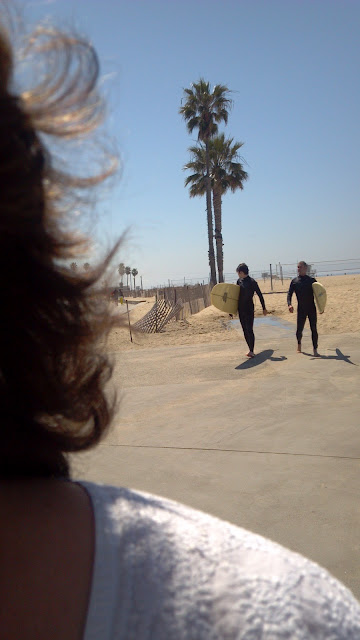 Here's a photo for my male readers (Single Dad? Ken? -- don't say I don't think about you) -- and perhaps some of my female ones. Girls in tiny bikinis play volleyball in the middle of a Tuesday morning. I'd love to be able to wear a tiny bikini, but I have no desire to play volleyball. 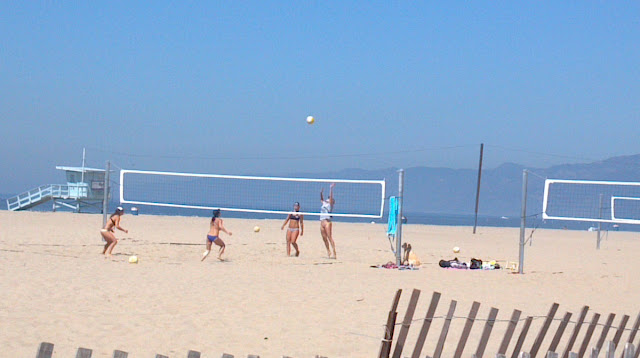 I thought about a lot of things as I walked from Ocean Park north to the Pier -- how I'm going to arrange everyone's schedule so that I can go out of town this weekend, how I can find another good job to do from home, how I'm going to make exercise a priority so that I don't end up like so many old people do, failing early from lack of activity. I felt the edges of resentment, the clip of it. I took some deep breaths, too, and stared out at the sparkling water, a yellow parachute with a tiny man strapped to it, suspended over the blue. The light was so golden and the sky so wide that I imagined a cartoon of a tiny stick figured woman walking along the boardwalk when a giant mushroom cloud explosion ignites in the background and she throws her arms up and into the sky. The caption reads They'll all be all right. 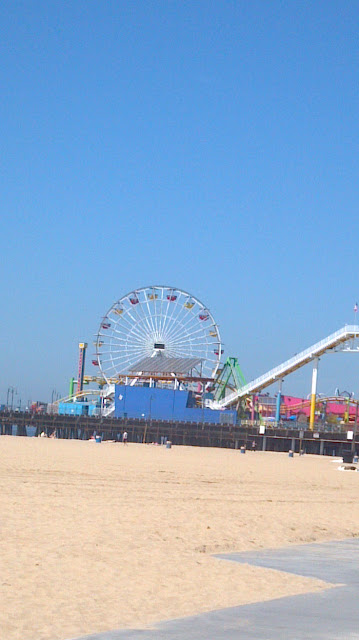 Posted by Elizabeth at 2:00 PM