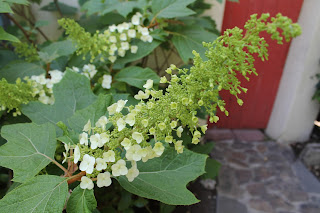 We have much that is spring here in sunny southern California, gray mornings that seem protective of the plants, sleeping, before the brilliance of afternoon sun. The oak-leaf hydrangea reach ever higher in my front yard, each tiny white blossom a cup where hummingbirds hover. 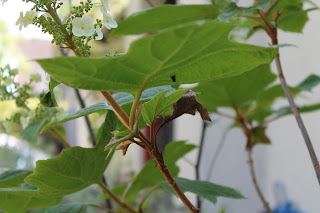 Birds sing, too, and are nearly jubilant even as crows hop belligerent across the street, their caws less frantic than a month earlier. 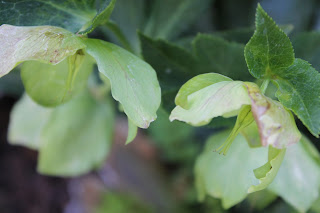 Green isn't green but chartreuse, and marks the line between spring and summer. 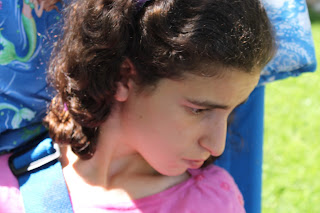 April, though, is the cruelest month, as the poet wrote.

It breeds lilacs out the dead land, Mixing memory and desire.
(T.S. Eliot)

I have felt lower in April than March and certainly February, Winter kept us warm, Covering earth in forgetful snow, feeding A little life with dried tubers.

This morning, the birds sang and the crows hopped and Sophie hummed, but I felt as if I were pulling love out of shadow. I read this:

If you can't see what you're looking for,
see what's there. 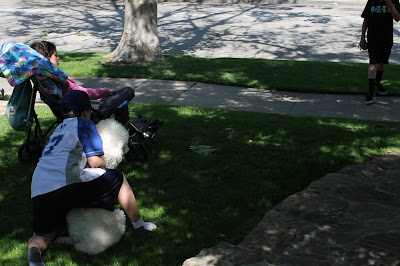 Close your eyes and know that though you may
not see anything, you are growing, and that something
larger than you is carrying you toward the light.

I am growing. I am being carried toward the light. I lack nothing.

Mark Nepo, The Book of Awakening

Posted by Elizabeth at 1:00 PM