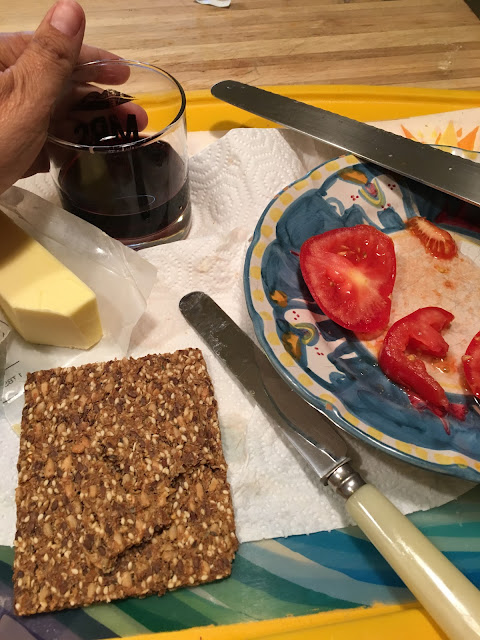 I just said good-bye to my heart brothers. Henry and Oliver are off to Switzerland with their father, and while I'm excited for them I also feel -- well -- unhinged. I cried a bit after they left, certain that my life means nearly nothing when they're not around. I wondered what the hell I'd do when they leave for real one day, and I cried a bit harder for my lost identity. I wish I could say this was mostly dramatics or even hyperbole, except that it's sort of, kind of not. I mean, it's the truth. Who am I without these people? Sophie and I sat in the very quiet kitchen, and I fed her some beans and rice. I ate some whole grain crackers that I've recently become addicted to, spread with a thick layer of butter. I might have eaten 1/3rd of a stick of butter, but maybe that's hyperbole. I also ate a tomato from my garden like an apple and sprinkled crazy salt over it before each bite. I sipped some red wine that's been sitting on my counter since my last book salon. I'm not a big drinker, but I figure a tiny buzz might cut the angst a bit. In less than 24 hours, I went from feeling nearly orgasmic with joy and freedom (not hyperbole) after a sunset swim in the Pacific to feeling bereft and abandoned (ok, hyperbole).

Here are some pictures from the weekend.

I was in San Diego County with Henry, attending a lacrosse tournament. When he took off with his buddies for the whole day yesterday, I lay on the hotel bed wondering what the hell I was going to do with myself, but eventually I got up and walked miles, went shopping and bought myself a funky outfit and then went down to the beach in my bathing suit and actually went into the water and swam for at least a half an hour. I submerged myself -- dove into waves and paddled around -- and then dried off, sat on a towel and watched the sun set. 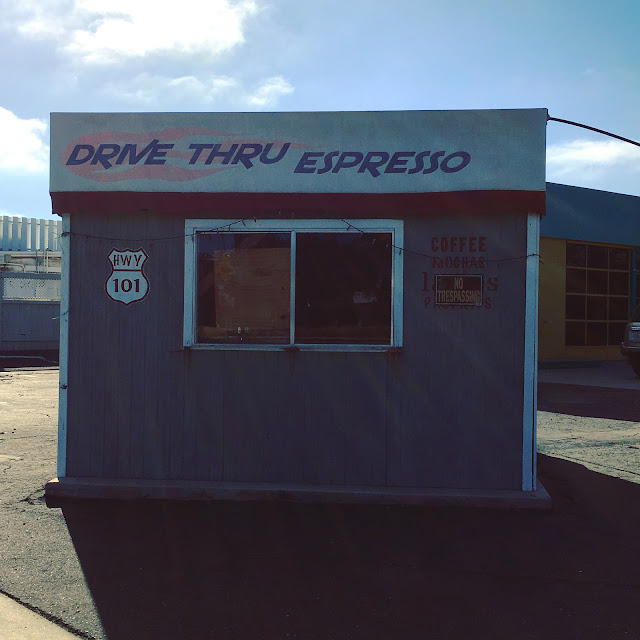 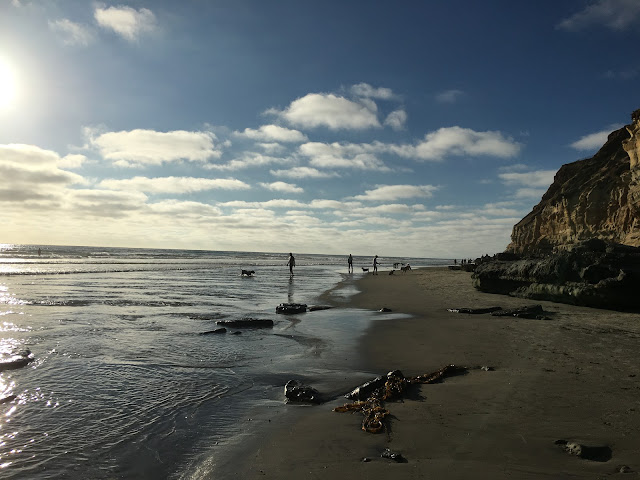 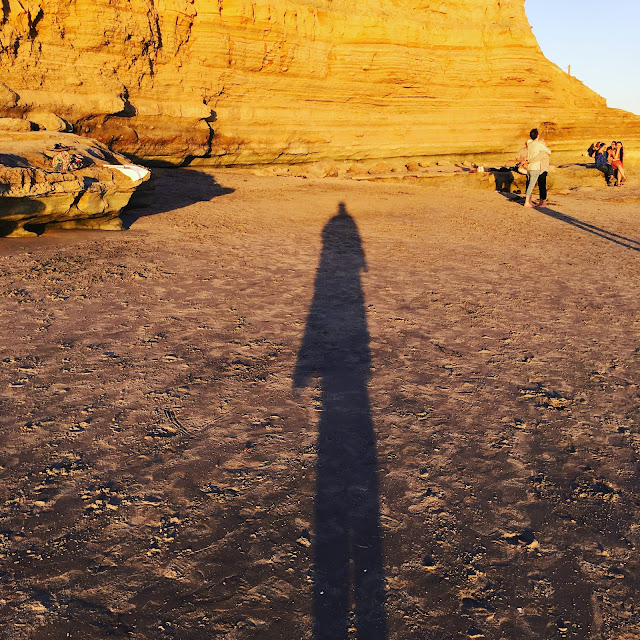 Here I am coming out of the water: 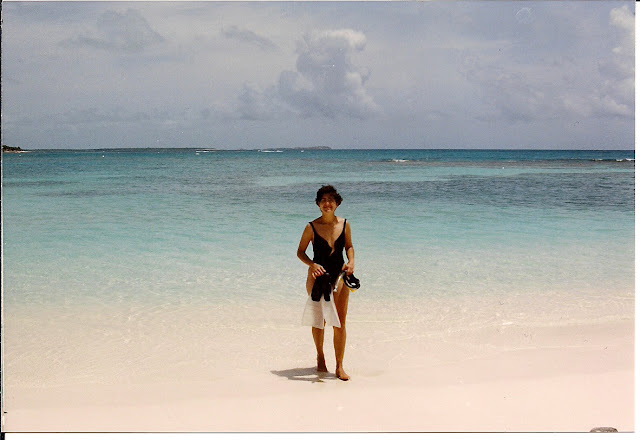 Sorry. That was another woman. That woman lives in the Caribbean Ocean and walks out of it occasionally. She has no idea what's coming around the corner. Tell her to turn around and dive back in! 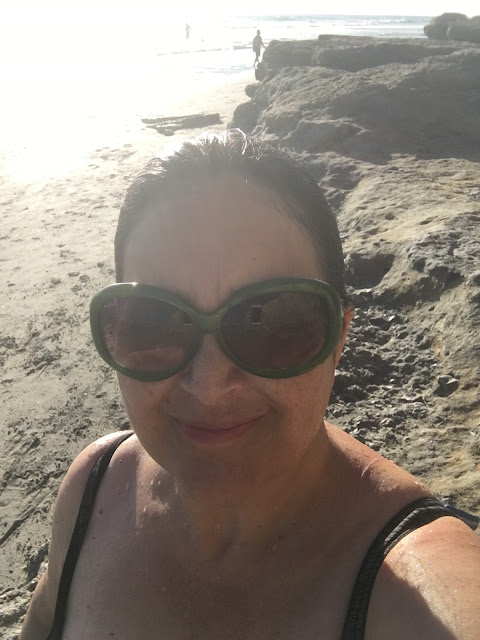 And here's the sun setting over the glorious Pacific ocean: 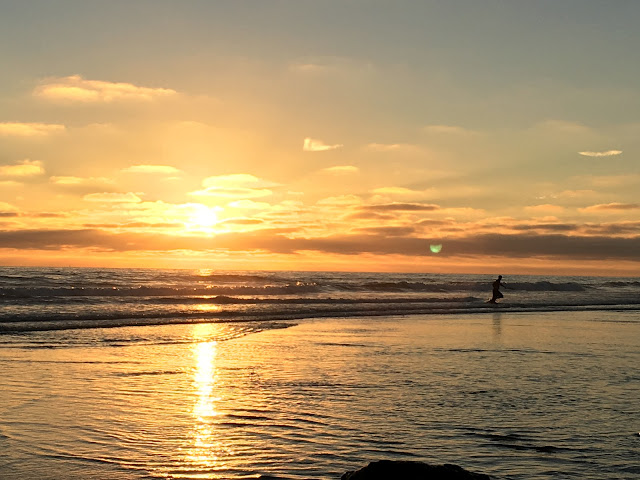 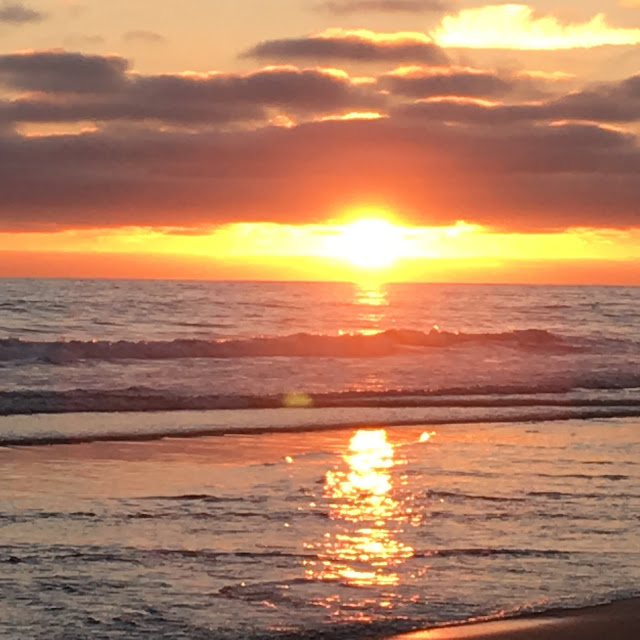 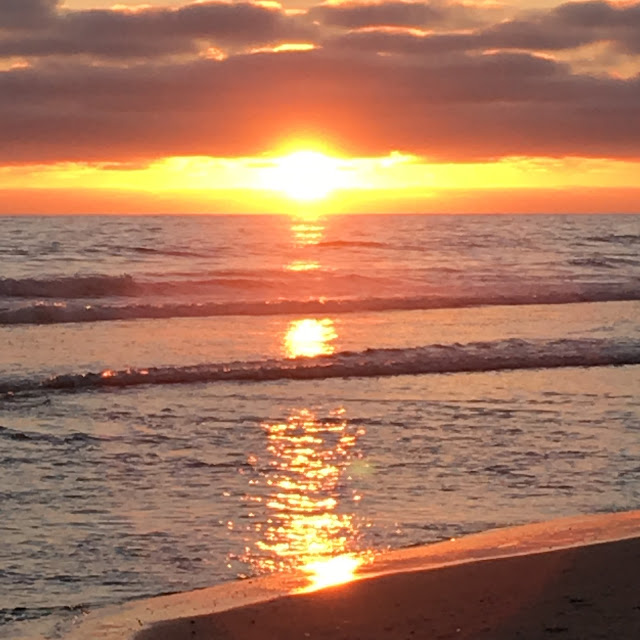 Posted by Elizabeth at 7:35 PM