So, I spoke with Karen, The Dark Overlord yesterday on the telephone to finish clearing things up regarding my recent conversation with The Neurologist. If you remember my post from several days ago, I was consulting with The Neurologist from Sophie's hospital room and asked her whether she might put her head together with Dr. Bonni Goldstein's regarding Sophie's care. I had -- erroneously, I guess -- thought that a consult between two MDs with separate expertise (one with Onfi and the other with cannabis) would be of benefit for their patient, Sophie. The Neurologist told me that she had received direct orders from her boss not to discuss medical cannabis and that she would, therefore, not speak with Dr. Goldstein. She wrapped things up by advising me to stop weaning Sophie from Onfi.


Later that day, when I'd recovered from the shock, I called the hospital where The Neurologist works to clarify this policy. I might have gone on a little rant with the nurse, but I used no curse words and was, in fact, as exceedingly polite as I've been taught since girlhood.  The next day I received a call from Karen, the Dark Overlord who, I learned, was not The Boss, but rather an administrative RN. She has a sweet voice and was as accommodating, let's say, as an insurance company representative or a programmed robot. You know the type: We understand your frustration. We understand that you're upset. We are working under the highest of standards. Per medical cannabis, it goes like this: We need more studies. It's an alternative treatment. Anecdotal does not mean evidence. Best practices. 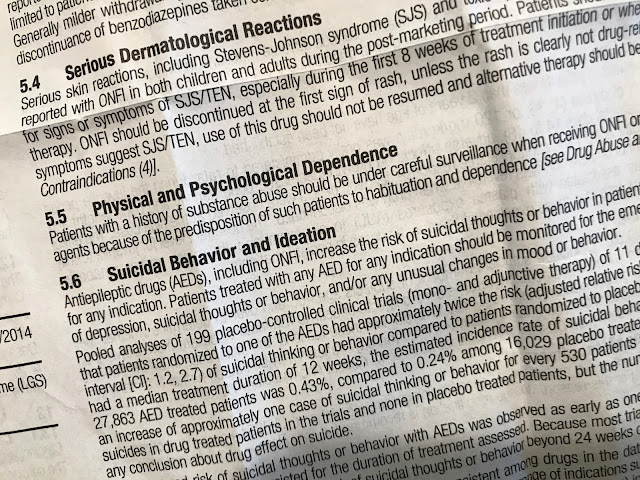 I told Karen, the Dark Overlord, that a person like me who has been dealing with intractable epilepsy for more than 22 years doesn't really, essentially, care what the neurology community thinks about medical cannabis at this point as far as what I'm going to do with my daughter, but that hope never dies and that I still have hope that there will be some curiosity on the part of Sophie's specific health practitioners to learn why this medicine has helped her more dramatically than anything else she's taken for those 22 years. I also told her that I imagined a scientist would demonstrate some curiosity, specifically, toward Sophie's case. I also told Karen the Dark Overlord that I do care about younger families, and that families with children who have intractable epilepsy who are new on the path of discovery that multiple drugs are not helping but actually harming their babies and children will still be trusting enough to consult their doctors about medical cannabis. I believe fervently because of all the work (paid and unpaid) I've done with national organizations to improve the quality of life and medical care for children who suffer from refractory epilepsy, that trust between doctors and patients is paramount and that communication must be transparent and ongoing. I told Karen the Dark Overlord that that trust will be broken, that people will actually lie or fail to disclose that they are going to use medical cannabis (even though it's legal so far) when they realize their doctor has no interest or is being coerced to lie or influenced by pharmaceutical companies to lie or is -- let's be blunt -- intellectually lazy. Between this incident and the recent one where an esteemed pediatric neurologist who is being paid by a large pharmaceutical company doing studies on cannabis also tells his colleagues that it would behoove them to report their patients using medical cannabis to Child Protective Services, my trust is broken. Already shaken, my trust is irrevocably broken.


I told Karen the Dark Overlord that there were plenty of studies confirming that medical cannabis is an effective treatment for intractable epilepsy and that it was being held to an unethical and unreasonable standard given the drugs that my child and hundreds of thousands of others have been subject to for decades. She told me that she worked with life and death situations in the intensive care unit and wasn't familiar with these issues. I told her that these were actually life and death issues. Evidently someone pushed her INCREDULOUS button because she had never heard that.

Here's a very recent study, titled Efficacy of Cannabidiol in Children with Intractable Epilepsy from the esteemed journal Neurology. There are, literally, thousands of studies about the effects of medical cannabis on epilepsy that go back at least thirty years. What is going on here is harm.

The neurology community is doing harm. 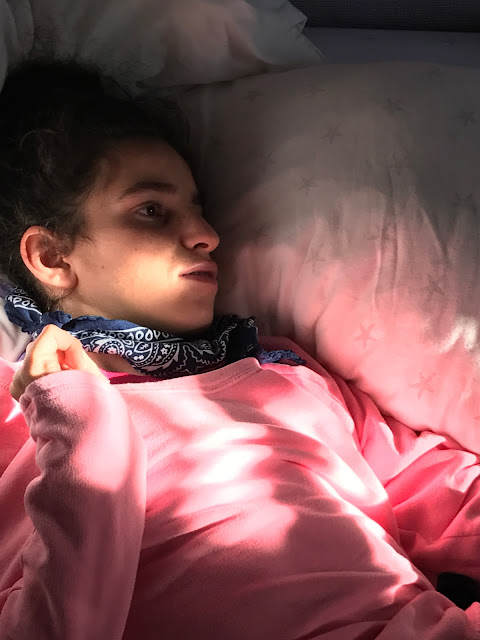