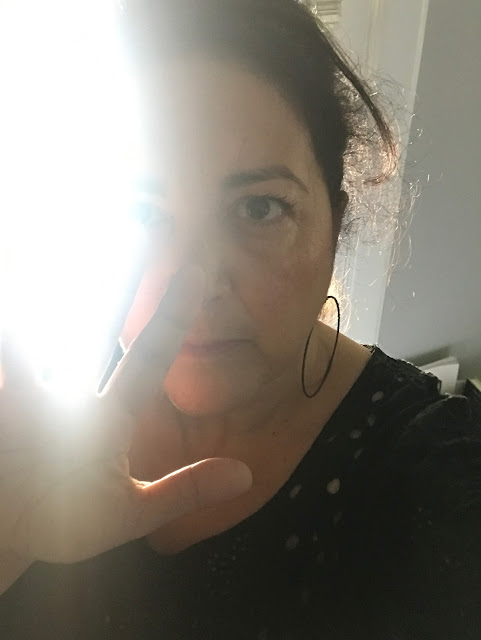 I spent most of the day yesterday in my head, not so much navel-gazing (as is my wont) as pondering the universe or as Oliver said when he was little more than a toddler and had recently watched his sister have a particularly grotesque seizure, WHAT IS THIS ALL ABOUT? WHAT DOES IT ALL MEAN? I wasn't mulling over Sophie, though. I was mulling over the State of the Disunited States. I was trying not to panic about "healthcare reform" and how screwed we are as women, how screwed Sophie is as a disabled person, how screwed we are as a country with the POS Pussy Grabber in Chief.

I was thinking more about the nature of capitalism, of how utterly rotten it is. I was thinking of socialism and how it's not just for Europeans anymore.

I was thinking about the planet, how it's being raped.

This morning's clusterfuck of presidential tweets and the conservatives' "response" to it struck me as near hilarious. It would seem that they are, of a sudden, aghast at how unpresidential  their man is. We don't need to belabor the fact that he was already the designated Pussy Grabber in Chief who had bragged about his own daughter's tits on a radio show not long ago and talked about blood pouring out of the orifices of a woman journalist who had seemingly slighted him during the presidential debates.

The word women apparently doesn't appear even once in the proposed healthcare bill. The word woman appears only in reference to abortion and pregnancy.

The Republicans/conservatives/capitalists are systematically destroying women, children, the disabled and the planet. Oh, and people of color and immigrants.

We are being told to stop whining. When I called the Pussy Grabber in Chief a POS today on a friend's Facebook thread (mea culpa), I was told that I wasn't being helpful. The response in my tiny little mother mind™ was to smash him in the face. That's the language of the patriarchy,  though.

When are we going to have had enough?

We will, I think, fight back with a ferocious love. Or Love.