Musing on the World, Unfolding 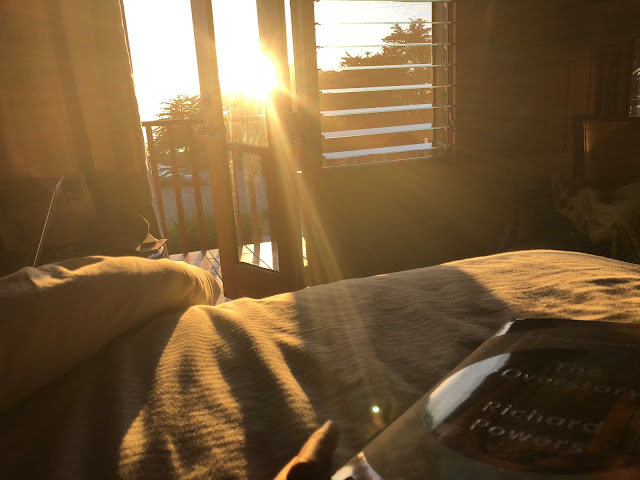 I detest the masculine point of view. I am bored by his heroism, virtue and honour. I think the best these men can do is not to talk about themselves any more.

For most of Sophie's life, my greatest fear was, of course, her death. The fear of death had the greatest of urgencies and propelled me in literally every single decision that I ever made concerning her. I don't know when that fear left me or when I became not so much accustomed to it, but rather looked upon it, the possibility of it, as just part of all of it. Part of living that is, part of fighting for someone's quality of life, that is. Death is just part of all of it. I can not know of Sophie's death until and if it happens, if ever, just as I could not know of Sophie's life until it happened. She grew inside of me, was a part of me and me her, yet still I did not know her life.

Having some equanimity doesn't mean I am not consumed, some days, with fear and anxiety and such a strong sense of overwhelm that I hardly know how I am functioning.

But then it lifts.

I had never read the Woolf quote before today. She was, apparently, speaking of war in particular, but hell, it pertains to what's going on today as well.

Here's what I think (with full awareness of the irony in Woolf's admonition to not talk about themselves any more).

All of this cluster-fuckery (Kavanaugh, Trump, the Republican Judicial committee, KellyAnn Conway and the other women who support the authorities in power) is a painful part of a process -- an inexorable process that will lead to a better world, a world that we have not yet known, a patriarchy disintegrated and power not defined by sex. I think women are engaged in ways that the world has never seen -- engaged socially, sexually, politically, and personally.

I think men and women who do not get out of the way will be made irrelevant -- far more irrelevant than they imagine. It's exhausting and exhilarating. I think the unfolding is so stressful and induces so much anxiety because we are witness to it as it unfolds in real time. As humans we are perhaps incapable of grasping all of it, all of the suggestions of what will follow even as we are exhorted to notice and take in everything that technology throws at us.

I think we can only intimate what it might portend because we have never known a world with such intimations.