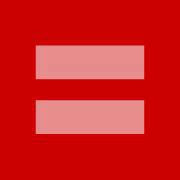 There's something a tiny bit annoying about posting an avatar for one's photo on social media, and it makes me feel terribly self-conscious to do so, but the fact that the Supreme Court of this country has to get involved to decide whether a ban on gay marriage is constitutional or not drove me to it. I hate this country, Henry said to me the other day in the car on the way home from school. They're studying civil rights in American history, and he was listening to a radio show about veterans from the Iraq war and their mental health needs, how they weren't even close to being met. I told him these were not grounds for hate, but I understood his frustration. Both of my boys have very good friends, several of them, that have gay parents. This is as normal to them as having a mother who goes on a laundry strike or a father that wears chef pants every day and an apron. I sure hope the Supreme Court of the land does the moral thing so I won't have to do any explaining -- or packing.
Posted by Elizabeth at 8:53 AM