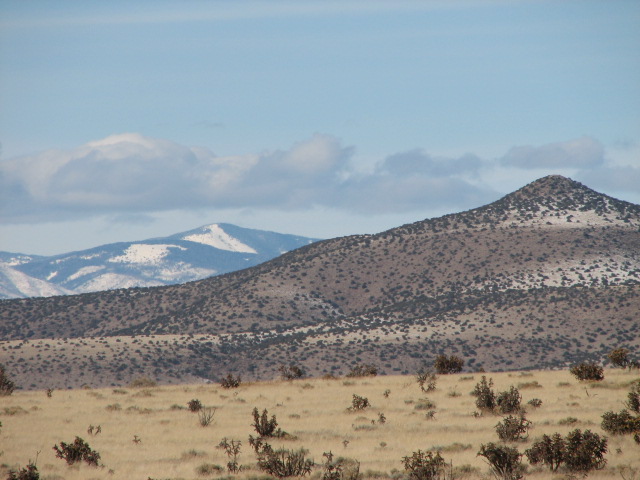 Like an idiot, I thought I was going to the DESERT and didn't think that it's actually COLD in New Mexico since it's HIGH DESERT and, in fact, there was snow on the ground and less than forty degree temperatures. I did bring socks, though, and wrapped my two Los Angeles wraps around and around me when I walked the streets of Santa Fe. I looked HUGE but I felt warm and cozy. Santa Fe is beautiful and very brown. 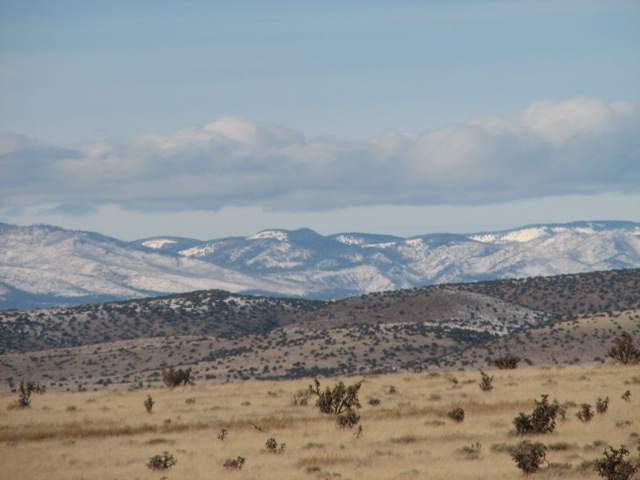 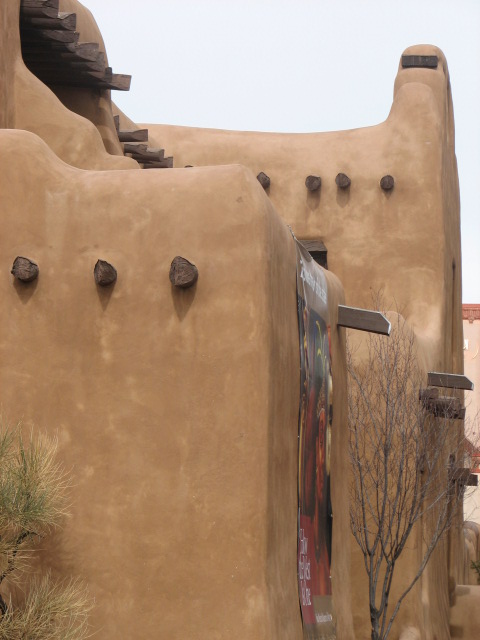 I sat in a restaurant with my friend Janet who knew all the places to go and what to eat. 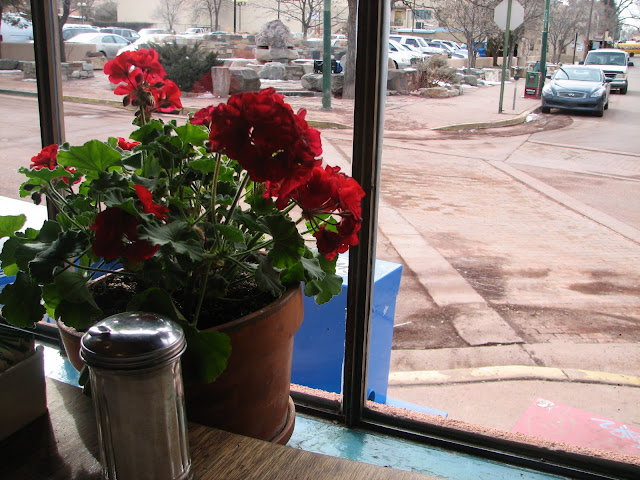 Janet tried to get me to order something with the red and green chili, a local specialty, but I wanted the cheesy grits and eggs. When I asked the waiter whether I could get some plain toast with it, he said that the grits dish was a massive amount of carbohydrates and while he didn't look directly in my eyes when he said it, I got the point and declined the toast. 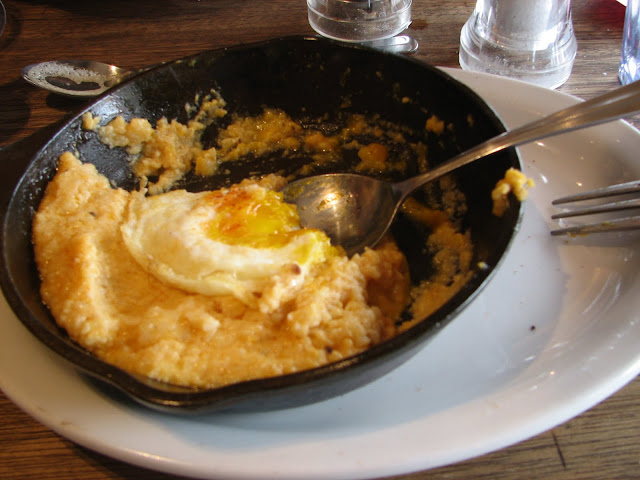 We walked around Santa Fe all morning and into the afternoon. I bought little things for the boys and a beautiful wooden angel for Sophie. I bought some turquoise studs for myself that a round Native American woman had made herself. 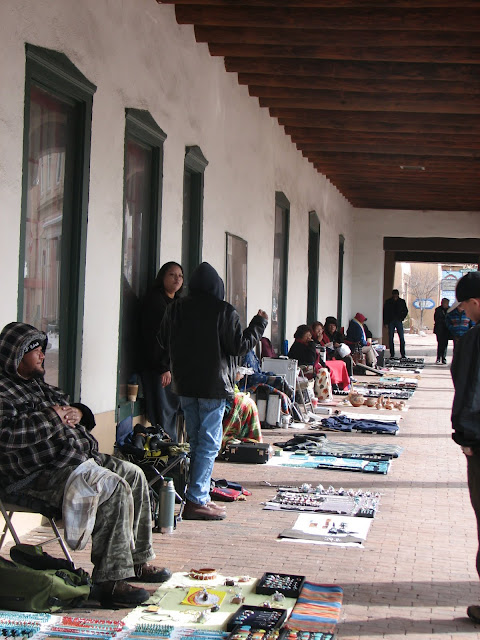 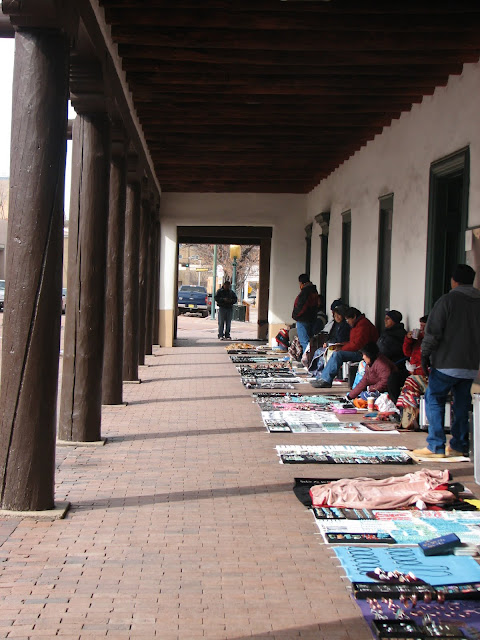 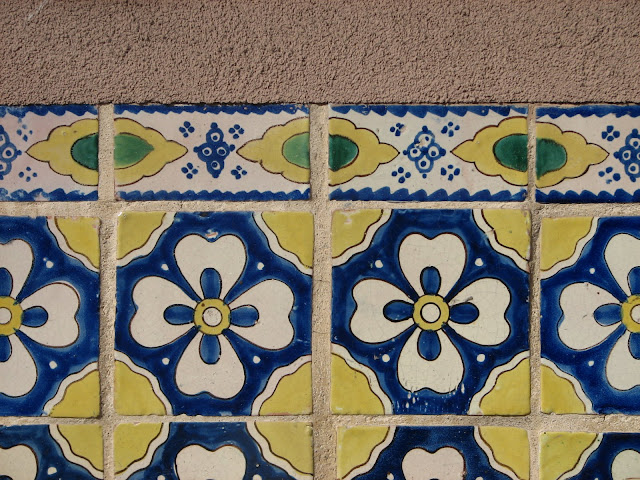 We went into the most beautiful Catholic church whose name I can't recall right now, but the art inside was magnificent. Simple and strong -- 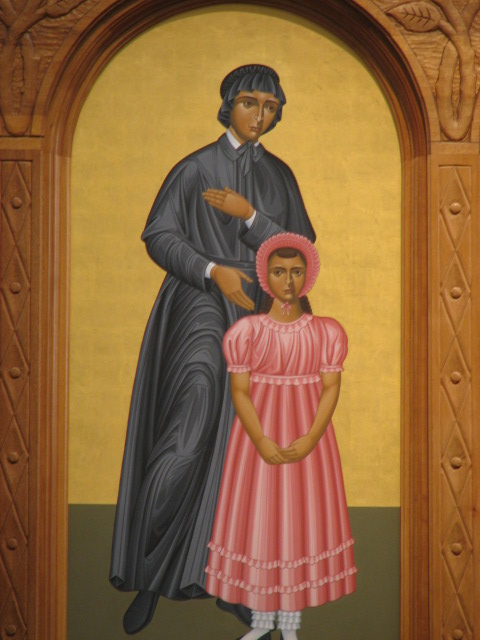 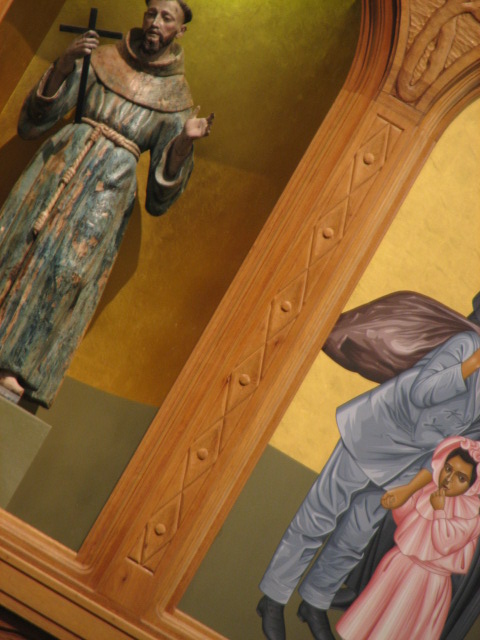 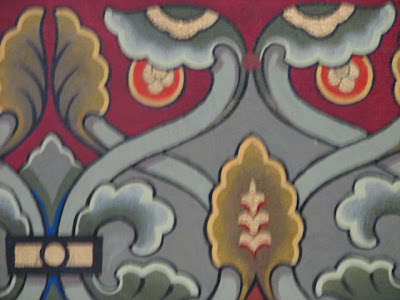 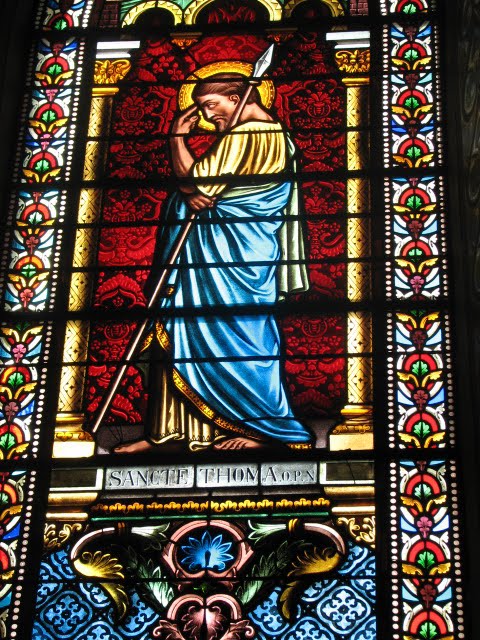 It was so different than most Catholic cathedrals, and while most of the European ones I've visited are magnificent, there was a certain joyfulness in this one that eluded formality. 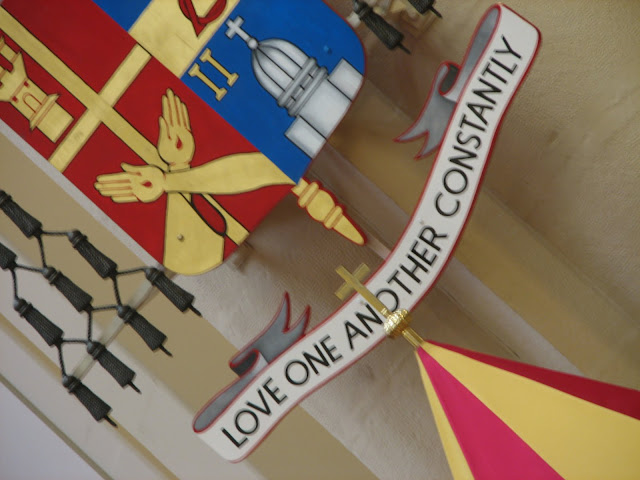 I love the use of the word Constantly.

When I opened the door of my room at the inn where we stayed, a painting of the Virgin of Guadelupe greeted me. I loved the flames shooting out of her. 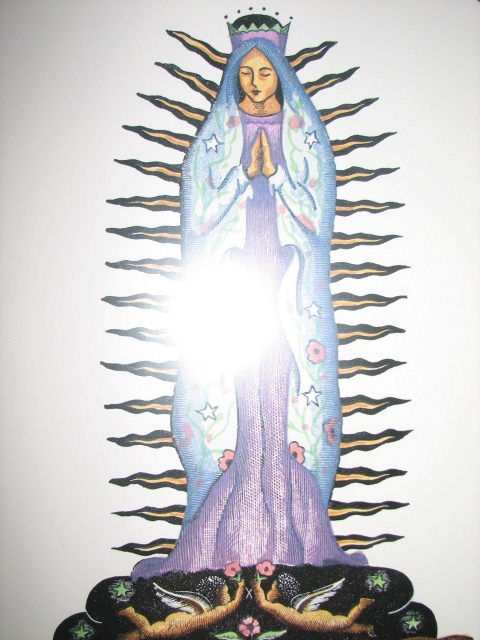 I was going to fib and tell you that there was some sort of significance to that flash of light on her dress, but I didn't see Jesus or Mary there. It's just a flash of light.

We drove from Santa Fe to Albuquerque for our conference (more on that tomorrow or the next day), and the scenery was gorgeous. I stopped to take a picture on the shoulder and pulled behind a minivan. A woman got out of the car with a small mat in her hands. She was dressed in traditional Muslim garb, and when she saw me with a camera she looked hesitant. I smiled and tried to seem friendly as she laid her rug on the asphalt and began what I imagine were prayers toward mecca. New Mexico, home to one of the largest Native American populations isn't called The Land of Enchantment for nothing. 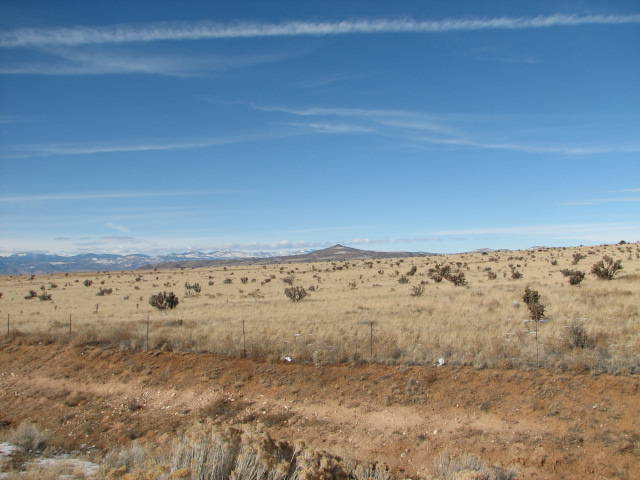 We had time before our meeting in Albuquerque, so we decided to go into one of the new casinos on the way. I've been in casinos before and I actually hate them. They're ugly and profoundly depressing, and this one was as bad as anything in Vegas. There were a lot of old people shuffling around and many had oxygen tanks that they pulled along with them. It was incredibly smoky and while we're talking about all things spiritual, I have to admit that the few times I've gone into a casino, I think about Sodom and Gomorrah. I'm not against gambling or anything and wouldn't assume any sort of moral authority, but seriously....

It was my first time actually gambling, though, and we did the slot machines. I told Janet that I consider myself lucky but would only spend $10. This is what I have left. 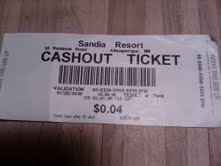 We did spend two days working on improving the healthcare quality for children with special needs, including those with epilepsy and deafness. I'll tell you about that later.

In the meantime, on the way home I looked out my airplane window, right outside of Los Angeles and saw this. 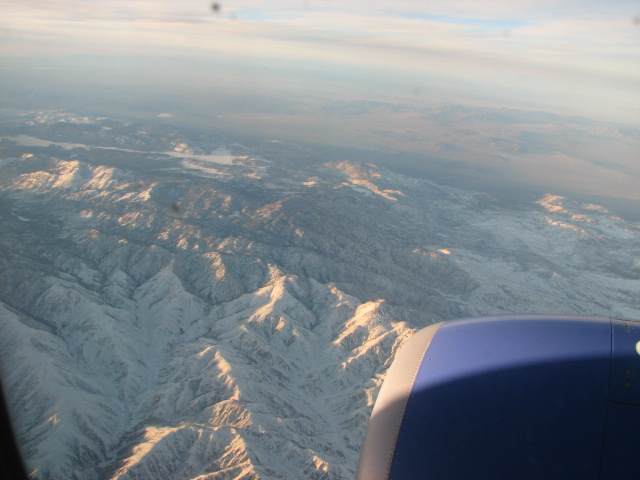 When I got off the plane, the air was warm and the sun was setting, all pink and glorious in the sky. I love Los Angeles. I really do.
Posted by Elizabeth at 9:47 PM