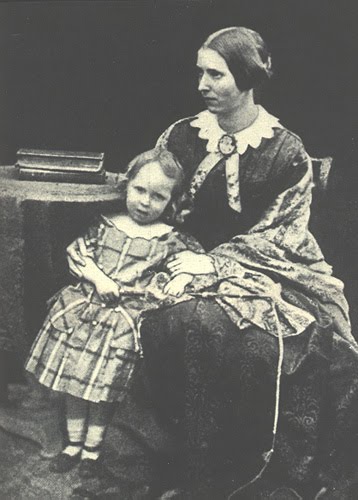 Robert Louis Stevenson with his mother


When I was a child I loved the poet Robert Louis Stevenson and still remember being holed up in my bed with pneumonia, a copy of his A Child's Garden of Verses in my hands.


I read this over at SecondSister Suaviloquy and loved it so much that I had to post it here. It was heard on an interview on NPR on Martin Luther King day.


It is said that Robert Louis Stevenson was a man who never enjoyed good
health. He spent a lot of time in his room even as a child. He was always looking out the window. His nurse asked him one day, Robert, what are you doing? He said, I'm watching that old man knock holes in the darkness. She said, what are you talking about?

Posted by Elizabeth at 4:00 PM