Four Things and a Quote


He slid further down as it reached his shoulders, in a kind of nirvana not based on freedom from desires but on attainment.

James Salter, from his novel All That Is

It was a rough week because of Sophie and isn't it usually about Sophie and while I've written here in (on) air for years about these days, these rough days, I came up for it (air) today lying on my back rocking with the boat my face to the sun. The word rock. The word lull. The boat rocks and lulls me, the expanse of gray, a bit of blue. Once we'd passed the lighthouse, the slick seals on the buoys, the drone of the motor and the wind in my face, my hair whipped, I'm whipped, god but I'm always so damn whipped. I held the hand of the man that I love, he gives to me (air) and the whales do that thing with air, the word blow, and we stand there (in air) and wait for the rise of it, the arch of gray over gray (a bit of blue) before it slips back under, last the tail. The word fluke.

Two men in a donut shop drinking coffee and eating crullers. You know what war is? the older white one asked the younger black one. The other man knew it wasn't a question for him to answer. He waited. It's the failure of imagination, the man answered.

I read this somewhere and wrote it down, without attribution. I'm sorry for that. Birding is a way of heightened, finely tuned seeing.

Labels. I pulled into a crowded gas station at sunset tonight in San Pedro, made room for a man leaving. Your lights! I said. Thank you, baby, he said. He was bald. He was black. The woman at the tank next to me was cleaning garbage out of her car. She wore a head scarf. She was Muslim. A man walked up to her and remarked on her scarf. Insulted her. He was bald. He was Hispanic. I said Knock it off. He looked at me, cocked his head and walked away.  She nodded her head, got into her car and drove away. I have long dark hair. I am white. 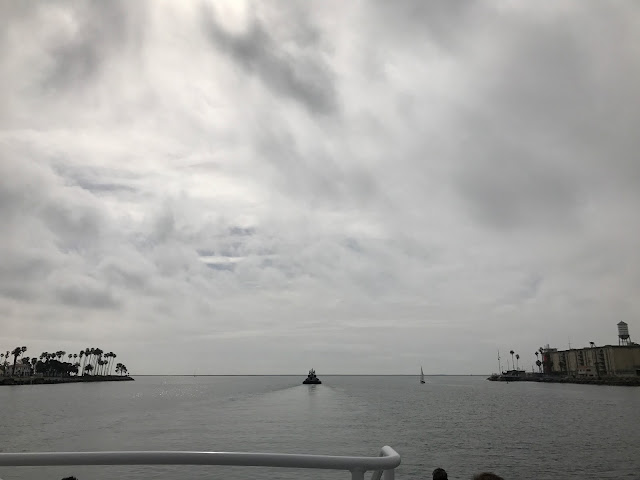 Posted by Elizabeth at 9:55 PM