The Measure of Our Desperation 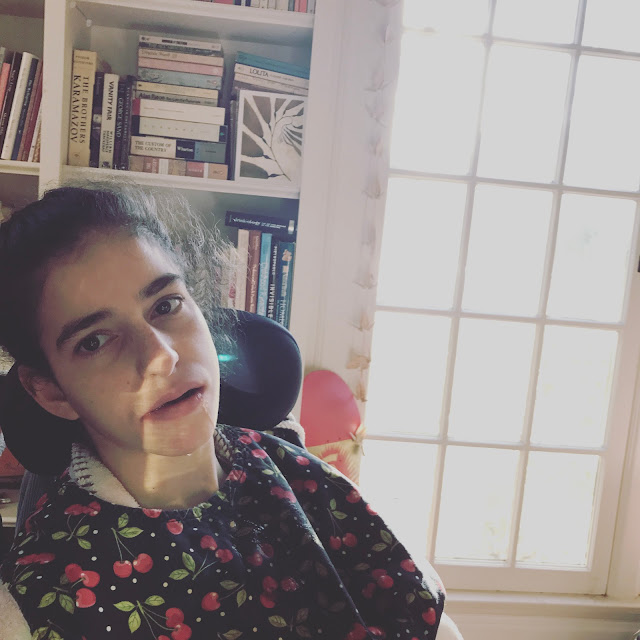 We've got two choices: resist or cut and run.

Cutting and running is the choice of the privileged and the desperate, so maybe it's more about the measure of our desperation.


In our teens we all bought girdles
with rubber knobs to hold up our stockings.
We wiggled into them, our “foundations.”
So many things look absurd from a distance
that people still take seriously,
like whether there's a Heaven for pets.

What ever happened to my girdle?
One day I peeled it off for the last time
and all hell broke loose.

I cut and pasted the poem here from The Writer's Almanac this morning after reading someone's post on Facebook.

I bought a copy of Wanek's book and hope she doesn't mind that I've put her poem on my blog. Maybe you'll buy a copy of her book, too.

So many people are throwing around their desire to flee the Disunited States of Amerikkka, Inc., and I get it. I'm a person who rarely feels sick to her stomach in the literal sense of the word and have probably actually vomited only about five times in my entire life, but I've felt more nauseous and fearful over the last few months than I have in the 53 years previous that I've lived on the planet. I wouldn't mind living in a small space along the coast of Costa Rica despite the bugs. I'd move to New Zealand, but traveling that far in a plane with Sophie might be worse than taking the fallout of a nuclear bomb from North Korea.

You'll have to forgive my dark, tasteless humor if you're new here.

The thing is, I can't shake my privilege. What about all those who won't be able to cut and run? Are we as desperate as those people who travel thousands of miles through deserts and over barbed wire with only the clothes they're wearing? I'm not. This is as much our country as the fuckers who are ruling it right now. I'm going to have to remain fierce and resist the bullshit, even if the resistance amounts to nothing. If I take the measure of my desperation, I immediately plunge back into the many moments of watching Sophie seize and suffer, of watching my sense of control slip away, vomited up in some intense instant and then flushed down with water, my own face clammy against the cool of the bathroom floor. And still. Do you understand what I'm saying? I'm going to have to remain fierce and resist the bullshit. In this moment, this now, that ends the moments before and begins the moments after and on.

It all sounds dramatic, maybe too dramatic. Peeling it off and letting all hell break loose sounds better.

*For those who are new, I hate this word and use it sparingly and in jest.
Posted by Elizabeth at 9:45 AM