The Grace of Caregiving 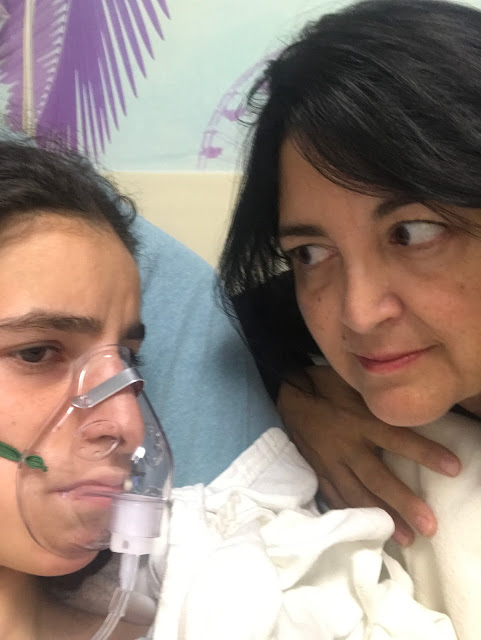 I'm typing this from Sophie's hospital room in Santa Monica where we arrived yesterday early afternoon after a visit to the pediatrician turned into a ride in an ambulance with Sophie struggling to breathe and a possible diagnosis of pneumonia.

Here's the good news: She doesn't have pneumonia.

Here's more good news: The care she received from the pediatrician, from the paramedics and all the ER docs and nurses as well as those attending her in the hospital has been impeccable. I just finished speaking with her attending doctor who stopped the oxygen and is refraining from giving her any more antibiotics as she is absolutely certain that there is no sign of infection. We might even get to go home later today or this evening.

Here's the bad news: This is the second time that Sophie has gotten into trouble with the increased secretions that are a side effect of the benzodiazepine that she's been taking for the last decade -- let's face it -- her entire life, more or less. Coupled with her reduced motor ability, she doesn't have the same capacity to clear the secretions and is probably aspirating more often than not. SO, I've been in touch with her neurologist and her regular doctor to tackle the problem. We are talking mechanized vests, oxygen for home and perhaps a palliative doctor. For those of you who might gasp at the word palliative, it's not the end-of-life kind of care but rather the kind of care that improves life quality as much as possible when you're dealing with a chronic condition. The fabulous attending physician is going to give me a referral to one, so we'll see how it all plays out.

It's been a hard few days. Ok. It's been a hard few weeks. Ok. It's been a hard few months. Ok. It's been a hard few years. Ok. It's been a hard couple of decades. Sophie is as resilient as hell, and that gives me strength. You know that I don't believe in an instrumental god that is directing the show, that is making things happen for good and for bad. My supplications are not directed toward that sort of help, and while I appreciate the prayers of others as good intentions, they do not comfort me nor do I believe they change the course of events. I am hard-pressed to even describe the incredible lifting of weight and sorrow and darkness from my mind and heart. When it happens it seems miraculous. I imagine it to be a kind of collective unconscious -- the love directed our way from family, from friends and those who come into and out of our lives -- a love that is in turn reflected outward.

I don't know why I am able to hold incredible sorrow and even despair along with joy and optimism, but I think it has something to do with what I call grace.

I feel much gratitude for what I believe is the imposition of grace, bestowed on me by Sophie and the years of caregiving, the relinquishing of false notions of control and illusion. Does that make sense?

As I've typed, Sophie's had several large seizures. It's not easy. Grace has nothing to do with being cured or even being "normal." I know next to nothing in the end, nor do the doctors, nor do the prayers or supplicants. Bad things happen all the time to very, very good people. Death is a certainty for all of us, and suffering, at some point in our lives, if not all, is as well. Grace has everything to do with healing, though, and when it collides with love -- well -- we're good. We're healed. 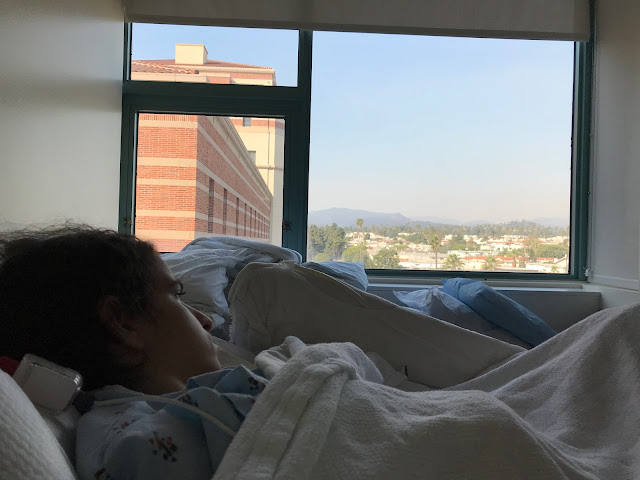 Posted by Elizabeth at 2:49 PM