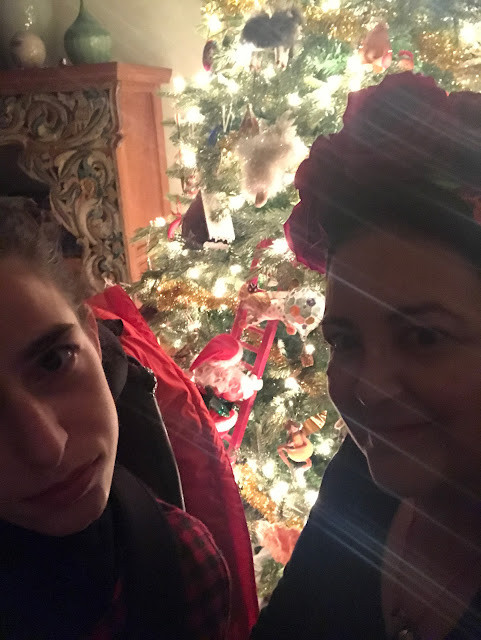 Last night, the wind was whipping around the Los Angeles streets, cold for these parts. We had been at a white elephant party, a silly affair with beloved friends. Sophie has been good. She can't walk too well but she's seizure-free for the last ten days or so and is preternaturally alert.  Maybe even more but who's counting? I weaned her a bit more from the benzo, so who knows when the withdrawal seizures will kick in. I have also added CBDA to her regimen of cannabis medicine. Maybe she'll never have another seizure and live happily ever after. The boys helped me to bring her in from the car, and maybe it was a let-down from the party and maybe it was how difficult it is to maneuver her around (I mean really difficult despite her weighing only 72 pounds), but one of them had her and one of them worked on hauling the wheelchair from the back of the car and I fumbled with the white elephants and Sophie's bag and then the alarm and the door, and I heard Oliver say Hey Henry aren't you glad to be back from college? and there was rue in his voice and maybe it was the fuckery of the day, and maybe it was the wind but it gave me a jolt and everything everything that I am and made was wrapped in rue for as long as it took me to disarm the alarm and usher them into the house.

Listen to all, plucking a feather from every passing goose but follow no one absolutely, goes a Chinese proverb. 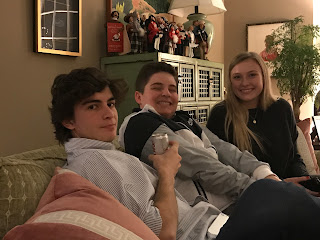 Posted by Elizabeth at 6:15 PM