Bringing Out the Big Guns 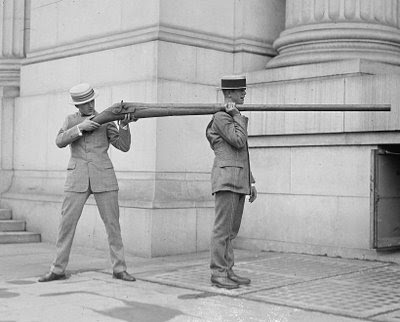 I normally hate gun and war imagery like The War on Cancer, The War on Drugs, etc., but we're trying a brand, spanking new antiepileptic drug this weekend. For the first time in probably seven years. Sophie has been on at least fifteen drugs in various combinations (at one point, a brutal three drugs all at once) and none of them have worked. Even remotely. The side effects of these drugs, coupled with the dashed hopes were enough that about seven years ago, I decided that we wouldn't put another one in her body unless Jesus himself offered it to us. There actually weren't any drugs left in the arsenal (there's some more war imagery) to try, though, so waiting for Jesus wasn't difficult.

Well, Jesus still hasn't appeared, but The Neurologist is "excited" about this new drug and I really, really like The Neurologist (this, too, is something rare). I don't know a single soul who has been on this drug, but it was recently added to The Arsenal by the FDA. And we're trying it.

[from a paper about it: Rufinamide is an investigational triazolederivative antiepileptic agent that is structurally dissimilar to currently available antiepileptic medications. Its best characterized mechanism of action is the limiting of excessive firing of sodium-dependent action potentials.]

How's that for some war imagery?
Posted by Elizabeth at 8:52 PM