So, almost two years ago I posted something about an experience I had flying across the country in a plane that carried the dead body of a soldier from Iraq. I had only recently begun writing the blog and had very few readers. I knew it was going to be a controversial post but I was unafraid to post it because honoring dead soldiers or honoring soldiers at all, to me, is a conflict. It's not a conflict for me to honor a person who has done great things, and I'm certain that many, many soldiers have done great things. I have to say, though, that I have always, always felt uncomfortable singling out soldiers as somehow worthy of honor just because they're soldiers. I know this is a messy thing and perhaps with this post I'll really offend someone given the numbers of readers that I have now. Today, ironically, I got a comment from that old post and it stirred me up, helped me to want to clarify my own feelings. If you're at all interested, you can read the post HERE. 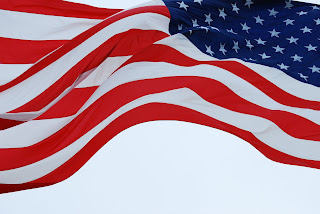 This is the comment that I got today from someone named BCC:

I find your post very offensive. I will nonetheless refrain from saying something very offensive about YOUR child, despite the callousness with which you disregard the lives and sacrifices of the children of others.


Hmmmm. My heart beat a little faster when I read those lines. I went back and re-read the post. I winced a bit because it was basically a complaining post, one that I wrote after a horrendous trip home with Sophie from a very difficult family vacation. I thought I had explained, though, that there was a moment when I realized how petty my own feelings were, especially compared to the family of that dead soldier. I admonished myself internally and surrendered in that moment.


But that moment of surrender, when I put a face on that dead soldier and thought about his parents, doesn't obviate the fact that I believed then and still believe in the utter senselessness of that war. That war was and continues NOT to be one where my "liberty" and "freedom" is being defended. The thousands of American soldiers and tens of thousands of civilians who have died in the almost seven years of that war have, I believe, died for no good reason. I concede that this view is offensive to many, but it is what I believe and does not demonstrate a disrespect for any soldier personally. I understand what BCC means when he explains the soldier's oath to "defend the country and the Constitution." I understand that once a soldier makes that oath he is bound to do whatever his President tells him to do and to go wherever he is told to go. I get that, but I don't necessarily believe that's an honorable thing in and of itself. I am grateful to those soldiers who have fought and truly defended and even won our liberties but I am not blindly grateful. Whenever killing is involved, I'm not sure there's much to be grateful for. This is a messy thing and I guess I refuse to recite or even acknowledge patriotic platitudes.


And so, BCC, if you continue to read my blog, I apologize for offending your sense of patriotism. I can see why you thought I was callous toward the dead soldier -- I was callous but I thought I had acknowledged that in my words. The death of that boy was a tragic, senseless waste.  As for your very nicely written denunciation of my patriotism, well, I have to say that as defined by you, yes, I am unpatriotic. Perhaps that makes me uniquely American, no?


**UPDATE: Evidently, commenter BCC has been combing through my posts for literally hours (BCC, if you're reading this, your activity is evident on my statcounter), and looking for all "unpatriotic" comments that he/she feels compelled to comment on, sometimes quite nastily. While I respect your right to read and comment freely and, of course, to express your opinion and judgement of myself, my children and my husband, I would recommend not reading quite so assiduously and therefore protect your mental health. I only say that as a like-minded person of the polar opposite who has spent great amounts of wasted time reading the blogs of those whose views are in such opposition to mine. It generally makes me sick to my stomach and I can only imagine how you feel right now after spending more than three hours perusing my own twisted views.