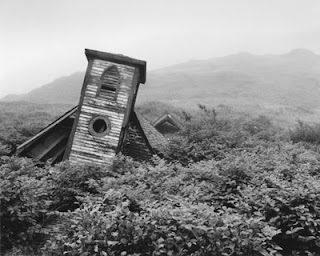 I had an unsettling telephone conversation today with someone whom I will not name, someone very close to me. I felt distressed after this conversation and stirred up in ways that didn't feel right, that didn't feel healthy or affirming. When someone gives me advice or tells me what they think I should do, I am aware of their intentions, aware that their motivation might be one of love but is also a deflection. I am aware of my own aversion to authority, a personality trait that is only strengthened as I get older. I am aware of my defensiveness, the limber bulwark I've constructed around myself that bends but never snaps. I am aware, too, of my fragility, the tiny pieces, the fragmentation. I am most painfully aware of messiness, of the push and pull of family, of obligation and the tensing of the self against both.

My eyes, hot tonight from the sting of tears earlier, found rest in a poem by Anne Carson that was posted on Allegra's blog. I read the poem and then remembered part of a radio interview that I had just heard on Bookworm between Michael Silverblatt and Anne Carson. Carson has published a new book, an unusual book that deals with her grief over the loss of her brother. It is called Nox, the Latin word for night, and she opens the book with a translation of a poem of Catullus, the Roman. I sat on my bed and re-listened to the interview while knitting a pink baby blanket. The needles clicked and the soft wool slid through my fingers as Carson spoke in a voice just over a whisper of her book, of her grief, of her brother, of her process in creating this book. She read her translation of the Catullus poem aloud while I knit, but when she read it in Latin, I stopped and looked up, as if the words were floating out of the speakers, into the air that I breathed.