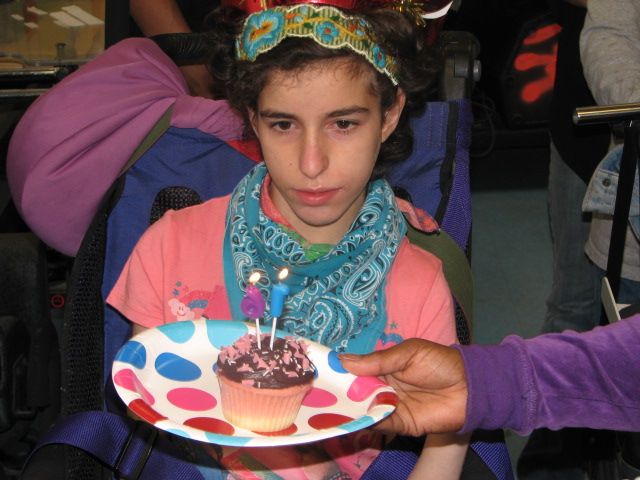 Oliver insisted on coming with me to Sophie's birthday party at her school on Tuesday, and because he had an early day anyway, I told him that I'd pick him up and bring him along. I should preface this entire post by admitting that The Big O has been driving me crazy of late -- truly crazy. The kind of crazy that thinks HE'S crazy, the kind of crazy that makes me think myself heroic just because I don't slap him across the face for being so obnoxious. In fact, I've told him that were he to have been himself in another decade he might have had his mouth washed out with soap (I have memories of one of my cousins at the bathroom sink, his father standing directly behind him, his mouth a frothy mess, punished for cursing or talking back). Anyway, I digress -- I liked the idea of Oliver meeting some of Sophie's classmates, and I thought he could help me carry in the food and cupcakes.

This post isn't really about Sophie and her class -- the party was a joyous one in that all the kids sang Happy Birthday to Sophie and then got up to dance to rap music at the front of the room. Sophie's teacher, the impossibly cute and hip Mr. J danced with Sophie, too, as did her wonderful aide Ms. P. The class has about sixteen or so teenagers and young adults with various disabilities, some more obvious than others. There are a few young men, about three times the size of Oliver, I'd say, and with their limited speech and awkward miens, I would have expected Oliver to be a bit nervous or even uncomfortable.

Well, my son Oliver morphed into a person that I hardly recognized. He became what I can only describe as The Mayor of the class. He walked around the room, passing out food and cupcakes. He chatted with several of the kids, grinned his huge toothy smile when most got up to dance and observed the festivities from behind a small table where he sat calmly. When it was time to leave,


he walked around the room, shook hands with each kid, patted some on the back, if they were in wheelchairs, and did that street kind of greeting with the closed fists with those who offered it.
Honestly, I was floored. Speechless. It was one of those moments when I thought who the hell is this kid? When we got back into the car, I told him how proud I was of him and he told me that he'd had a great time, that those kids are really nice and they can dance, right, Mom?
I'm still shaking my head over the whole thing. Who knew? 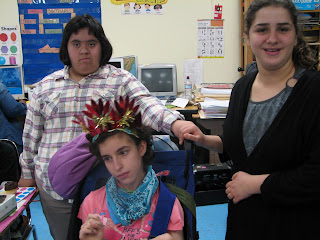 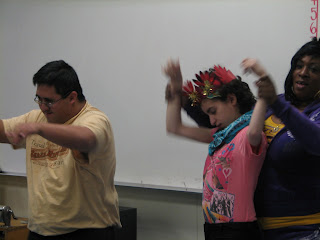 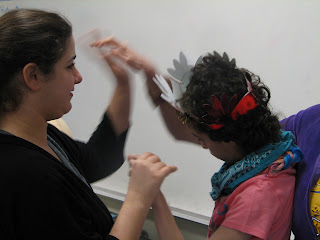 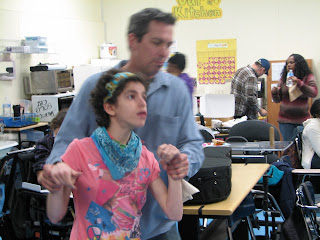 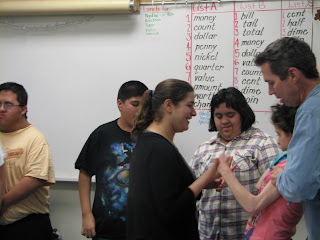 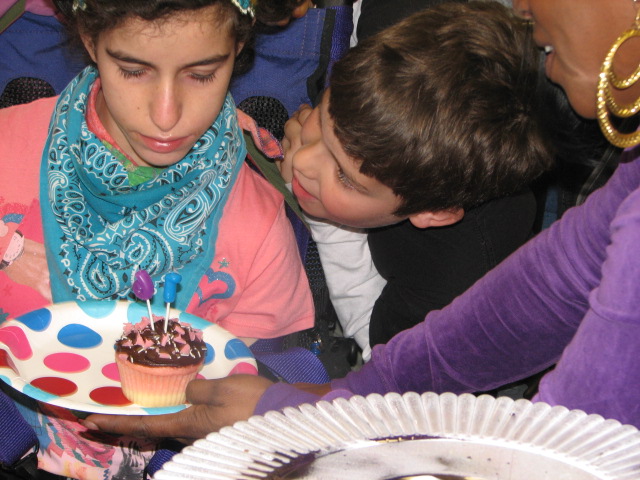