As of this writing, the cakes are all made, the ten-year-old boy sleepover party is over (at 2:30 am when I morphed into a screaming battleaxe), three baseball games have been played, and five loads of laundry are folded and put away.

I'll leave you with scenes from the party: 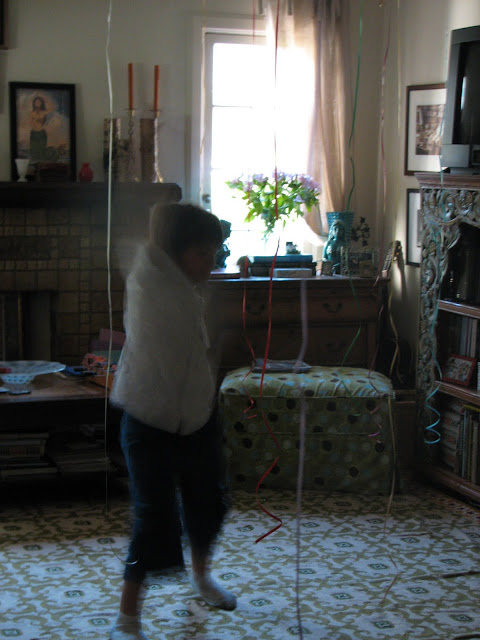 In the interest of people's privacy, I won't post pictures of the boys who attended the party except in a general sense -- but they were all WILD. They hung from the trees, ran around with toy guns playing cops and robbers and war, opened their mouths and screamed war cries incessantly and generally tore up the neighborhood. I stood in the doorway to my house and made feeble efforts at control.

We started with a chocolate cake with plain white butter-cream frosting. Lots of candy in bowls all around: 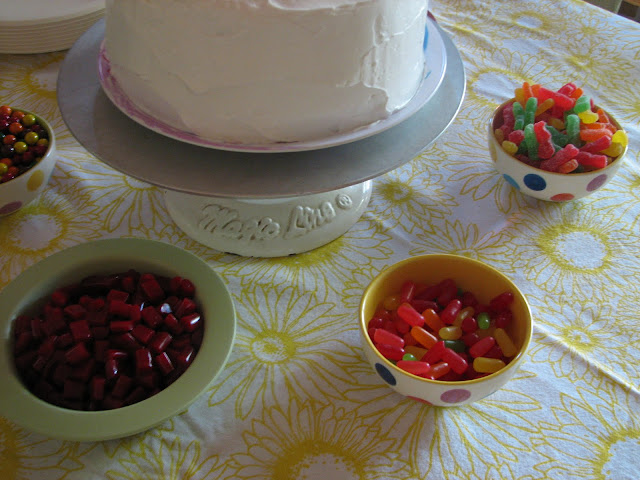 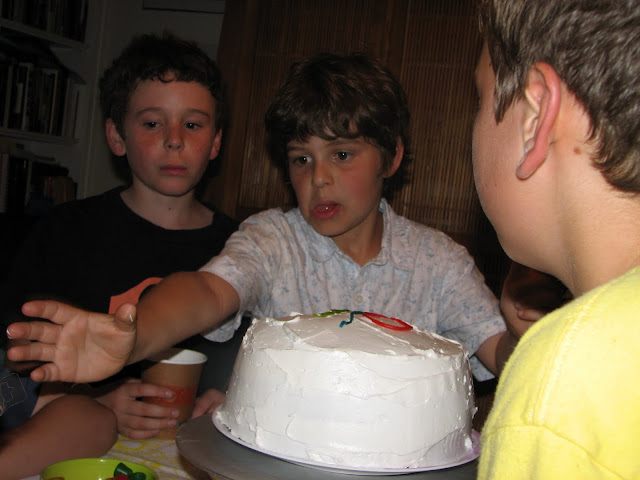 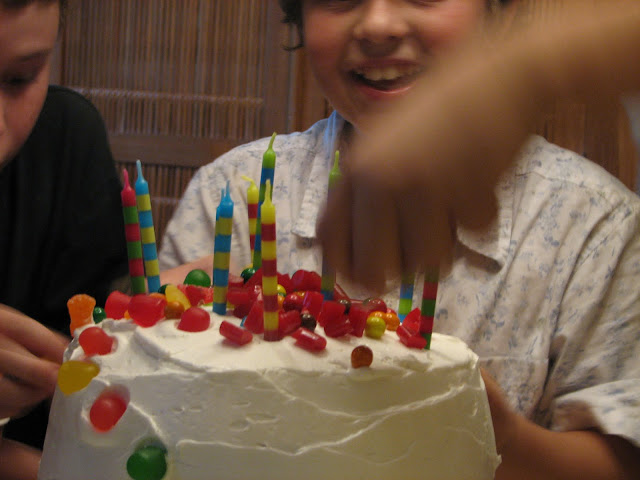 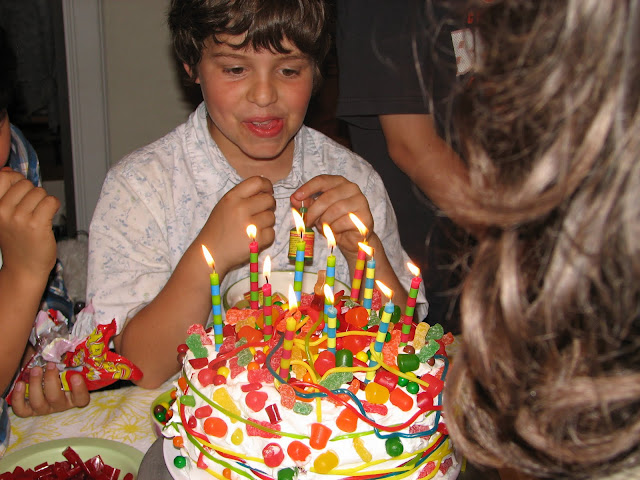 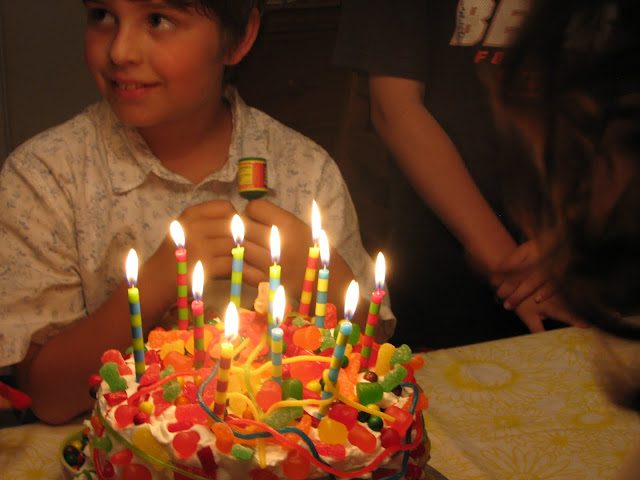 Posted by Elizabeth at 3:24 PM