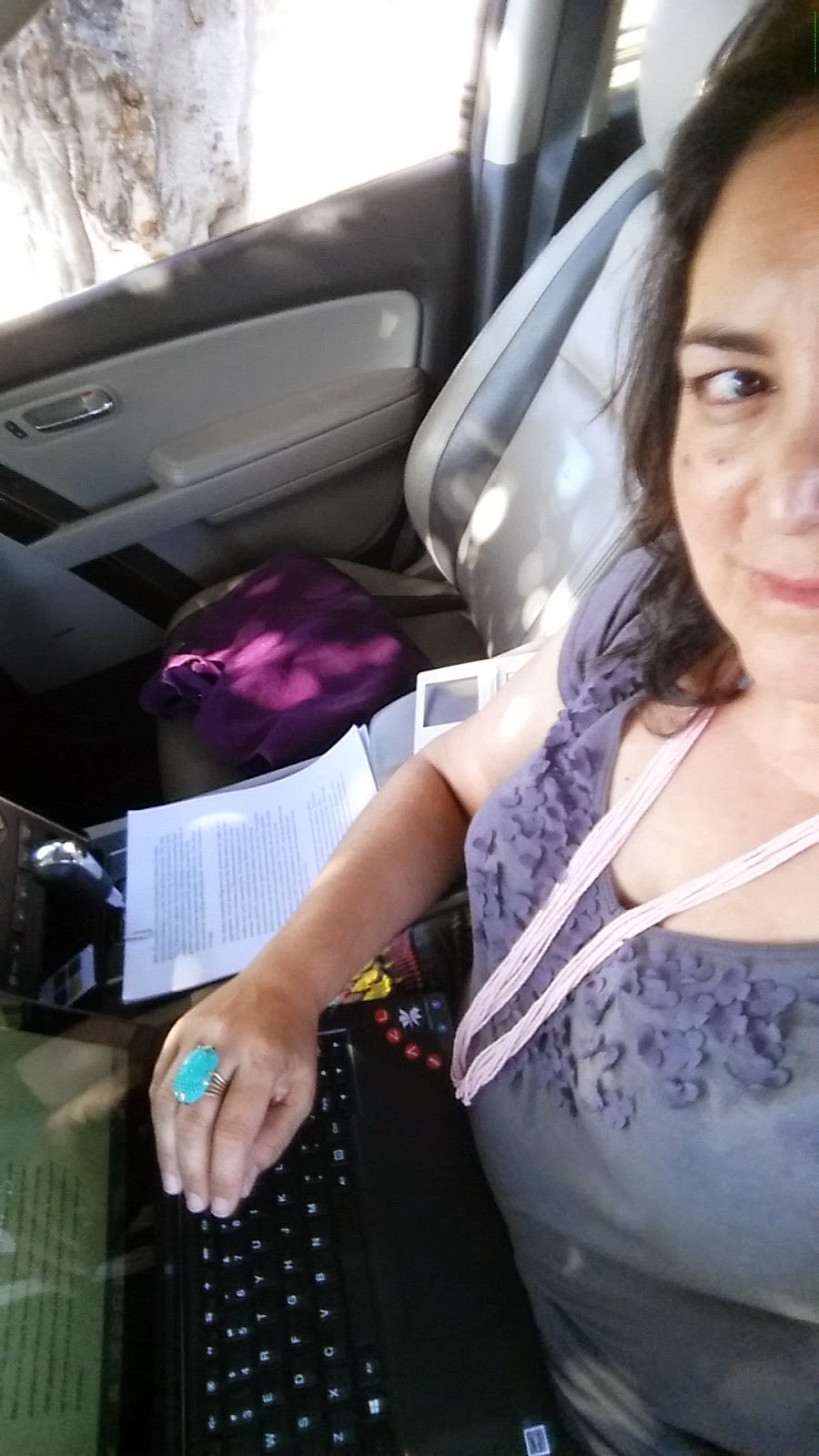 I dropped Oliver off at two very cool seminars for homeschooled kids the other day and decided to work in my car with my new laptop. I rolled the windows down, parked on a side street and began to work on the two presentations I'm doing this weekend at the Epilepsy Summit in Manhattan Beach. I also worked a bit on the ghostwriting project. I listened to birds in the almost piercing silence of the neighborhood (a great relief from the almost constant Mcnoise from McMansion construction in my neighborhood that includes really loud mariachi band music), put my face up to the sun and felt glad to be alive and grateful to be working.

While honored to have been asked to participate twice at this weekend's summit, I have to be honest and tell you that I sort of, kind of, hate these things now. I opened the program and saw, immediately, that the biggest sponsors are the big pharmaceutical companies. There will be some wonderful family seminars and programs and, undoubtedly, lots of information, but contemplating the big picture just makes me feel trapped and tired and alien. Just today I spoke with a friend in New York City who wants to try cannabis for her young daughter who suffers from a terrible brain disorder. Charlotte's Web Hemp Oil is available to be shipped in most of the states because of its classification as hemp, but there's still a lot of gray area, and we were going back and forth on whether it's better for me to pick it up for her here and then ship it to her in New York or whether she should drive over into New Jersey and pick it up there. Bullshit, right? On top of that is the question of her nursing staff at home who might not be able to give her daughter the oil because they can only administer meds prescribed by a doctor, and there aren't any doctors right now who can or even would do so. Ironically, while the Powers That Be futz around with their need for more research, I'm reading (for a project I'm doing) about the reams of studies and evidence of efficacy done, in some cases, scores if not hundreds of years ago.

Sigh. I guess my ambivalence has something to do with the fact that nothing traditional has ever really helped Sophie or my family, and while I don't want to throw the baby out with the bathwater, I'm hard put to participate in anything at this point under the auspices of big pharmaceutical companies. I admit as well to backing out of doing the hard lobbying work that some of my comrades and colleagues are doing right this very moment to pass a bill in Congress that would make cannabis oil more readily available.

We're talking years and years, people, for any of this to truly happen.


Sometimes I just want to put Sophie under my arm or throw her over my shoulder and run far away. At the very least, I'd rather sit in my car typing while listening to the birds than shout into the vacuum that is the medical world.
Posted by Elizabeth at 10:34 AM