Naked As the Eyes of a Clown 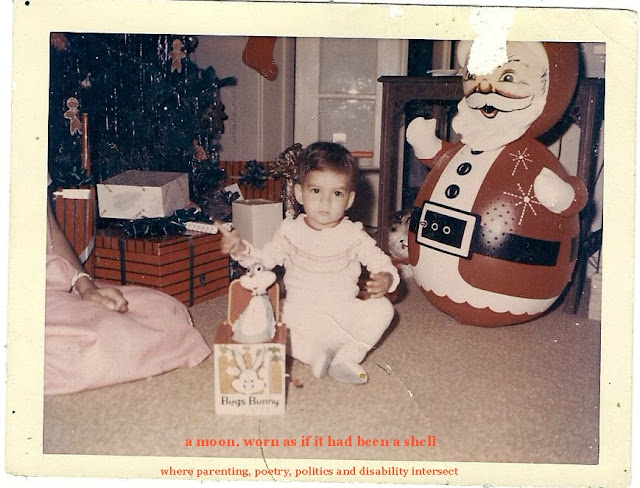 It's the time of year of life that calls for the cliche, the trite. I'm still here, none the worse for the wear. What does that mean? I think that photo was taken in 1964 or 1965. Fifty some odd (another weird string of words) years ago. I looked pretty damn serious. Funny thing is that I never could stand Bugs Bunny.

I have nothing to report, to write. I went to hear Percival Everett speak and read yesterday afternoon at my favorite independent bookstore, Chevalier. I'm reading Everett's new collection of short stories -- Half an Inch of Water.  Ranching. Horses. Animals. Dogs. Old women who find portals to alternate vistas. They're extraordinary and seductive. How's that for adjectives? Adjectival. Every time I open the book, I start singing John Prine's song, and yesterday I asked Percival whether he'd thought of that song when he titled the book. He said, No, it was an expression my mother always used. Then he said the lyrics to the Prine song -- all of them.

Here are a few:

I was sitting in the bathtub, counting my toes
When the radiator broke, the water all froze
I got stuck in the ice without my clothes
Naked as the eyes of a clown
I was crying ice cubes,
and hoping I'd croack
When the sun came through the window
the ice all broke
I stood up and laughed
I thought it was a joke
That's the way
that the world goes round

I met John Prine a few times when I lived in Nashville. He was a nice guy with a crinkly smile. He seemed up to no good in the best of ways. Cliche. He'd play out in the country at these things called Harvest Moon concerts -- lots of people playing music under the stars, famous and obscure (both the stars and the people). It was the way the world went round.