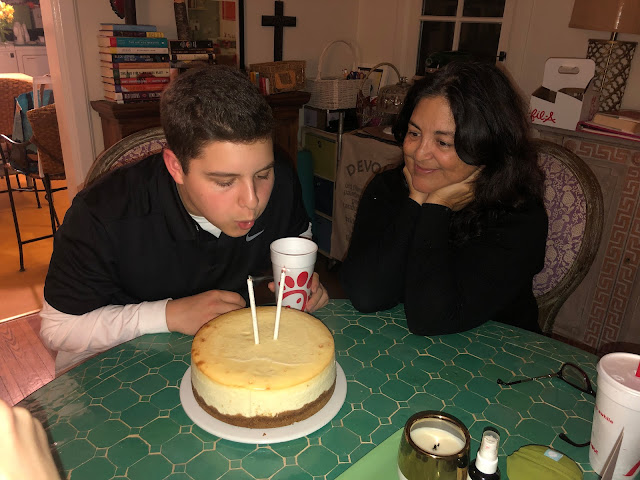 It was a whirlwind of a weekend. Oliver celebrated his 18th birthday. I made a cheesecake, as per his request. It called for 3 1/2 pounds of cream cheese, 5 eggs, 2 cups of sugar and 8 ounces of sour cream. He also asked for Chick fil A for dinner. I know we're not supposed to frequent the food of a company that discriminates against homosexuals, but we sinned. 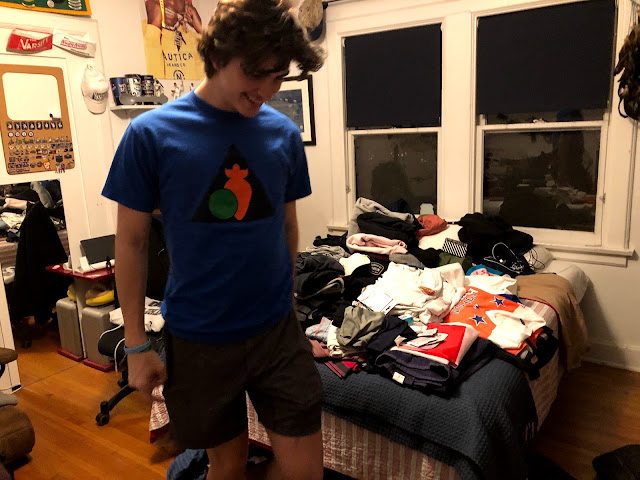 Child number two arrived home from college for the summer. The house was quite literally transformed in a matter of minutes into the style that we (Oliver, Sophie and I) had forgotten about which one could call laissez faire or perhaps une porcherie. Will we ever see underneath that stuff on his bed? Never mind, as we're glad to have him home.

The almighty Blue Shield of California gave us their "approval" that Sophie receive her IVIG treatments, so she spent much of the days hooked up to an IV. We are coming up for air as well with Saint Mirtha out with a shoulder injury and a new helper, Maria, on board. Maria appears to be headed for sainthood as well -- she's even painted Sophie's fingers and toes in the most beautiful pink. I am grateful for these caregivers. I am beyond grateful, to tell you the truth. They save me.

I woke on Mother's Day in a kind of funk, I guess. Other than honoring my own mother on the special day, I think it's sort of a fake holiday -- well, not sort of -- and I struggle with all the expectations and concomitant resentments every year no matter how much I set my mind against it. Both boys slept in to nearly noon, but they gave me sweet and thoughtful gifts, and Carl went out and bought me a croissant. My sister sent me a lovely card with the most beautiful note in it. I cried, which I guess is appropriate for a weeping willow. Here's the video I made of it:

I also went on a short but steep hike in the Hollywood hills this afternoon with Carl and Oliver. The mustard is just turning from yellow to yellow-green, and the hills are still green from the spring rains, the city skyline lay off in a light hazy distance, Painted Ladies fluttered on every bush and hawks soared above us in the blue sky. I needed to get out and move my body in some way other than up and down the hallway and lifting Sophie, but about halfway up the peak, I started to feel dizzy from the sun and the exertion and my chronic inability to drink enough water, so we walked back down. I need to get back to doing more exercise that is unrelated to caregiving -- I am on the proverbial edge, both mentally and physically, I think. Lord knows why I've remained so healthy for so long despite the stress of it all, but I've got to stop taking it all for granted. With Saint Mirtha down, I am struck by what might transpire should I go down, and it ain't pretty, if I do say so myself.

I'm not going to talk about all the articles I read about the southern states passing these laws against women's right to have abortions, to govern their bodies, to ensure their reproductive freedom.


Before I forget, I thought I'd post a hilarious exchange I had with one of my closest friends via text. She's in gray and I'm in blue. I hope you enjoy it as much as I did. For clarification, Nonfiction is a new French movie, and the Arclight is a movie theater in my neighborhood. 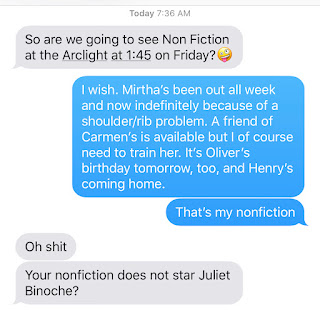 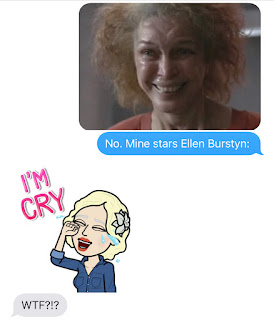 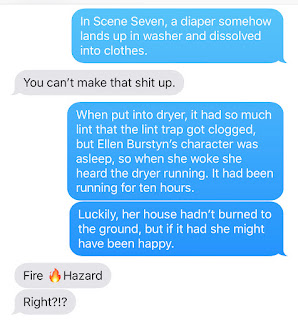 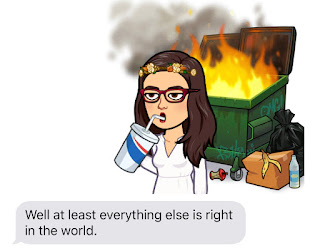 Humor is everything to me on most days, so if you want to know what "you can do" or what "you can say," tell me something funny. And for god's sake, MEN, step up and help us to fight back with this anti-women, anti-choice clusterf*^kery.
Posted by Elizabeth at 9:49 PM