It's Only Rock and Roll 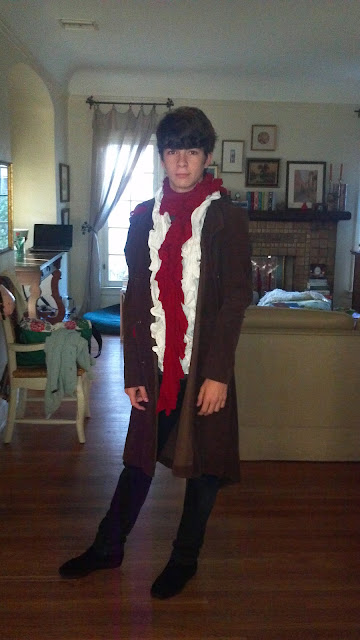 It's Decade Day in ongoing Spirit Week at The Brothers' school, and Henry is a combination of Mick Jagger in the late sixties and perhaps a transvestite from Los Angeles, circa 2013 (although I didn't note that similarity this morning when I kissed him good-bye). Unfortunately Oliver is sick at home with the flu and unable to participate. Henry was going to wear my high heeled boots but couldn't squeeze his giant man foot into them, and as he turned away and walked to his carpool, I clawed at the patch of grass that he'd stepped on, pulled it up and kissed it.

Posted by Elizabeth at 8:05 AM