Jumping Into the Fray 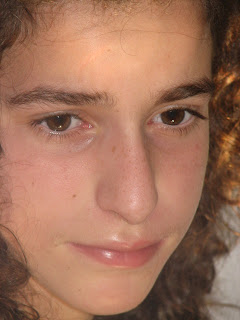 O.K. I've held off for quite a while, now, about the H1N1 virus and vaccine, quietly reading the many posts about it and the comments about these posts. I've given my opinion on a couple of the seizure/epilepsy list serves that I'm a member of and been silenced a bit by what I believe is hysteria and fear. I even responded to an advisory put out by a very large, national epilepsy group, expressing my anger that parents of children with neurodevelopmental conditions do not have nearly enough information to make informed decisions about this virus and the vaccine for it.

This space is not sufficient to really voice my opinion in a careful and nuanced way, balanced by facts and history, but I can probably summarize. I have a fourteen year old daughter who developed a severe seizure disorder shortly after her initial round of vaccines at two months of age. As you might know from my blog, we have never found a reason for her seizures AND have never found a treatment for them. She is profoundly disabled as a result, and despite trials of eighteen medications continues to have seizures just about every day. We stopped vaccinating her when she was about six months of age. After a year or so of largely fruitless treatment for her seizures, I began to look for alternatives and found an osteopath who changed her life and mine, steering us toward more holistic health care. As a result, her general health improved dramatically.  She stopped having ear infections and weathered colds and fevers without increases in her

Continue reading "Jumping into the Fray " »