I'm thankful for (among many other things too numerous to enumerate) 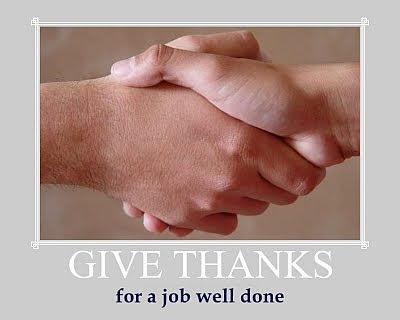 today's news that Senator Barbara A. Mikulski introduced “Rosa’s Law,” a bill that will eliminate the terms “mental retardation” and “mentally retarded” from the federal law books. U.S. Senator Michael B. Enzi (R-Wyo.), Ranking Member of the Health, Education, Labor and Pensions Committee, is the Republican sponsor of the bill.

Read more about it HERE.
And if you're a bit like me and inclined to think "why should words matter so much, especially these?" here's my favorite quote:

When Rosa’s Law was being considered by the Maryland General Assembly, Rosa’s 13-year-old brother, Nick, successfully testified on her behalf for a substitution of mentally retarded with intellectual disability. He explained, “Some people say they are just words, and it’s not going to make a difference if we just change the words. Some say we shouldn’t worry about the words, just the way we treat people. But when you think about it, what you call people is how you treat them! If we change the words, maybe it’ll be the start of a new attitude towards people with intellectual disabilities. They deserve it.”
Posted by Elizabeth at 9:46 AM