(with apologies to my father, who deplores politics on my blog, believing that it drives some people away...) 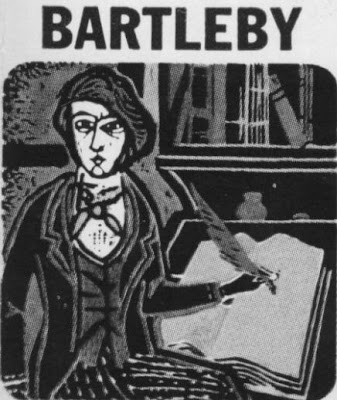 I spent about twenty minutes today on hold, trying to get through to UCLA's department of pediatric endocrinology. The Neurologist referred Sophie to the department last month, and I've tried to call them every day for a week. I put the phone on speaker and stood it up next to the pile of papers I was wading through. I listened to an interminable version of some Journey song which I found as agonizing as the politely worded letters from our insurance company stating that the tests ordered for The Husband (who might have suffered a stroke in early August, and we're still trying to figure out what exactly happened and what exactly might still happen) were not medically necessary and therefore not approved.

I'm really not making this up. These two things happened together and, sadly, are actually a regular occurrence in this home.

Don't stop be--leeeeeving, sang the phone and then it cut off and a human voice came on.

I was asked for all the relevant information, including why I wanted an appointment for my daughter.

We're trying to figure out whether hormones are playing a role in my daughter's seizures, I said.

The receptionist was very polite and told me that the first available appointment was:

and did I want it?

I declined and hung up.

Here's a quote from the estimable U.S. Senator, Republican Richard Selby of Alabama:

President Obama’s plans amount to “the first step in destroying the best health care system the world has ever known.”

After citing the well-known statistics of our country's rather abysmal ratings in infant mortality, healthcare costs, preventable deaths and maternal mortality, Op-Ed columnist Nicholas Kristoff of The New York Times stated: Moreover, there is one American health statistic that is strikingly above average: life expectancy for Americans who have already reached the age of 65. At that point, they can expect to live longer than the average in industrialized countries. That’s because Americans above age 65 actually have universal health care coverage: Medicare.
Click here for the whole piece.

And for anyone out there who just can't stand the idea of a faceless government bureaucrat telling you what to do with your healthcare, I ask you what the person looks like at your private insurance company or even at your big, fancy hospital. Hold on to those "pull yourself up by your bootstraps mentality" because you're going to need it when you get sick or your child does. At the rate this country is moving on real, meaningful, humanitarian reform, you might be waiting until you're 65.

And, yes, I'm perfectly aware of the luxury of this debate for someone like myself, for this country whose riches are vast. I'm cognizant of the relative ease with which I live compared to most of the world's population. But I was hoping for significant change because if it's difficult for someone like me, it's absolutely horrendous for a whole lot of other people.

Frankly, unlike that Journey song, I've stopped believing.
Posted by Elizabeth at 12:50 AM