Seizures, Potato Chips and Us 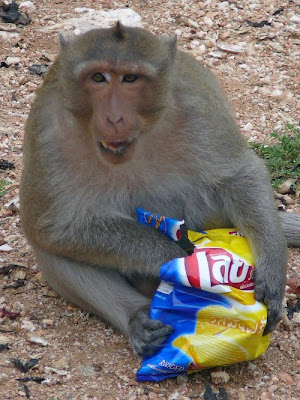 Two nights ago, I was in the kitchen making dinner while Henry sat at the table doing his homework. Oliver was playing in his room, setting up all of his cars to make an airport parking lot. I had been to a luncheon, earlier that day and was munching on some gourmet chips that came in the swag bag one receives at these affairs. (Aren't I fancy?)

Anyway, I was literally munching these chips, or crunching these chips and evidently the sound was so loud in my head that I only SAW Henry leap up and run toward the door. I swallowed, hastily, and simultaneously heard and realized that I'd missed something and that something was probably Sophie who was in her room and had probably fallen because she had probably had a seizure and Oliver was yelling, Mom! Sophie fell! And Henry was already out the door, looking back at me, saying Didn't you hear that Mom? Sophie is having a seizure!

And what could I say? Sorry! I was eating potato chips!

I mean, really, what does one say in situations like these?
Posted by Elizabeth at 11:57 AM