I Bring You Great Tidings 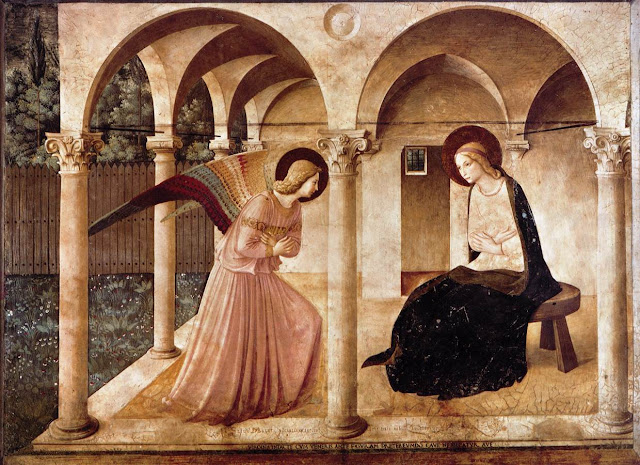 My favorite painting is The Annunciation by Fra Angelico from the fifteenth century, and when I first saw it over twenty-five years ago, I had just graduated from college and was traveling through Europe with two girlfriends. The painting hangs at San Marco, in Florence, and I can still remember how much it affected me when I literally "came upon it" wandering those ancient halls. Many years later, I visited the painting again and was struck not only by its beauty but by the resignation of its main subject, Mary, as she receives news from the Angel Gabriel that she is to bear the son of God. I wrote about the painting and my response to it and the essay was published in an online journal called Slow Trains.

Waiting and resignation and acceptance and peace.

Yesterday, Renee at Circling My Head posted this Christmas song. I'd never heard it but felt it was perfect for my Christmas Eve post.

Have a blessed Christmas Eve!