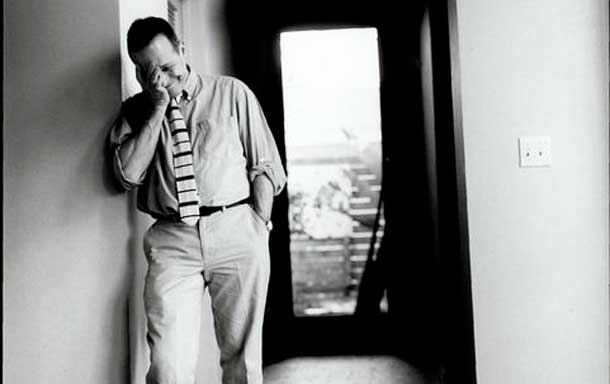 Last night, I had the pleasure of once again hearing David Sedaris at Royce Hall on the UCLA campus, an event that I've looked forward to every year for the past five years. I buy a series ticket to the Writer's Word (many of which I've posted about here), and the series culminates in a raucous finale by Sedaris.

When I was a kid I loved the joke:


I'll leave the answer at the bottom.

David Sedaris tells his hilarious stories, reads from his travel diaries and tells sometimes disgusting jokes while nearly two thousand people rock the house with laughter. I literally have to bend over in my seat sometimes to catch my breath. If you've never read his work, please do. Especially if you're like me -- beset with near-constant situational anxiety and a tendency to forget that the world is something other than tribulation! The best thing about Sedaris is his brilliant ability to weave a biting, bitter humor with sweetness -- after listening to him talk of his beloved parents, sisters and brother and partner Hugh, I always feel more tolerant toward my own family and all of our complexities -- there's something so powerful about recognizing human frailty and laughing at it --


A man laughing his head off. It still makes me giggle. :)
Posted by Elizabeth at 1:00 PM