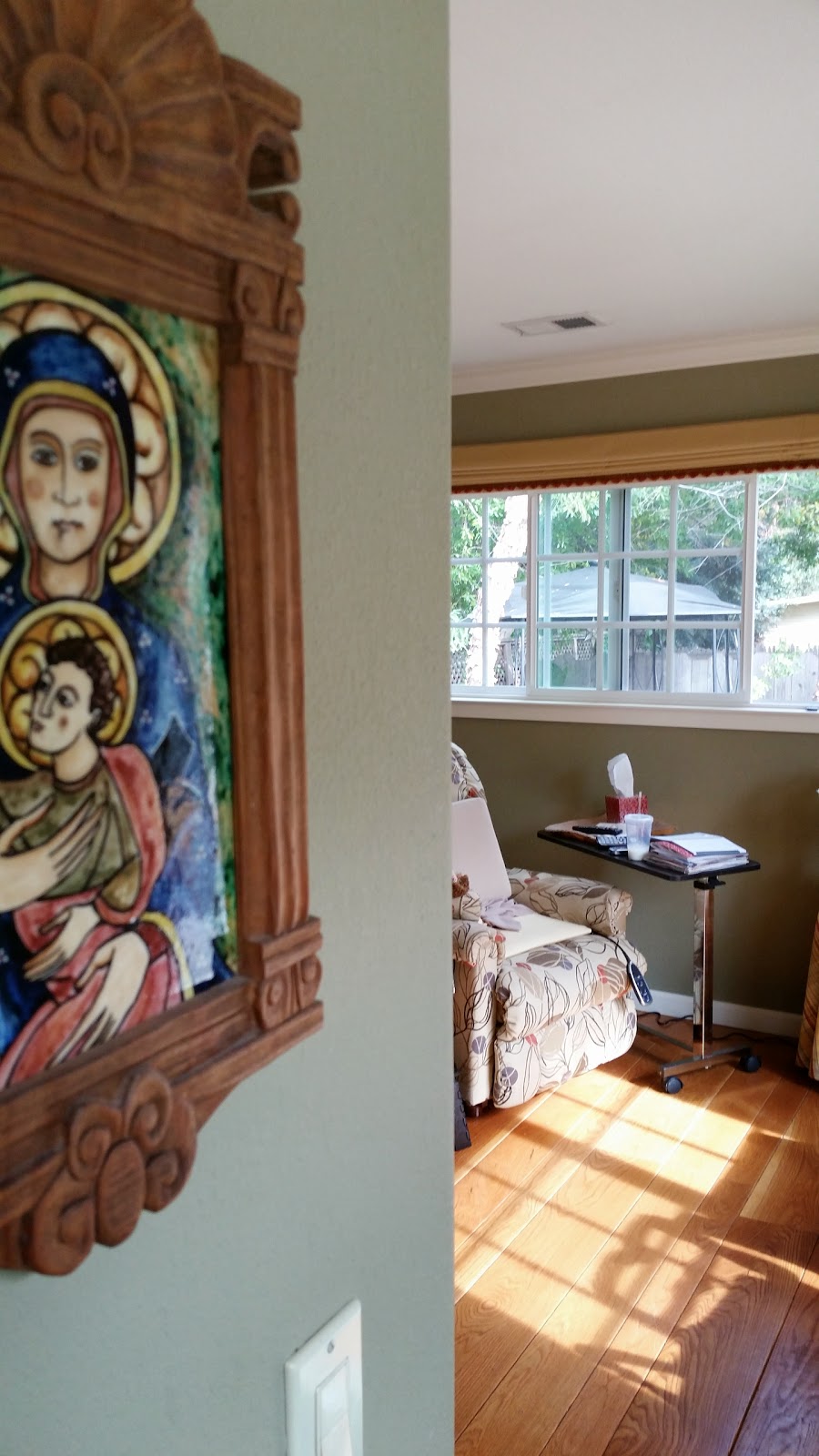 I'm visiting my Aunt Yvonne in northern California. She is quite frail, her once nearly six-foot frame shrunken, her voice a soft rasp. I read aloud to her a bit from Taylor Caldwell's novel about St. Paul, but after a few pages, she asked me to stop. We watched a movie with Clark Gable and Heddy Lamarr. She was considered the beautiful woman in the world, my aunt remarks, several times. Hedy is wearing some kind of silky white shirt with enormous shoulders. She is spectacularly beautiful. Why do people not look like that kind of beautiful anymore? I can't help but wonder what Aunt Yvonne is thinking about, so I ask her. Nothing, she says. Russian Orthodox icons stare down at us from bookshelves, madonnas with babies, heads tilted, halos. She's lying down now, and we're sitting here in silence. The sun slants across the floor, a bird chirps somewhere and the oxygen machine clicks and breathes, a steady beat, a wheeze, a puff.
Posted by Elizabeth at 4:05 PM