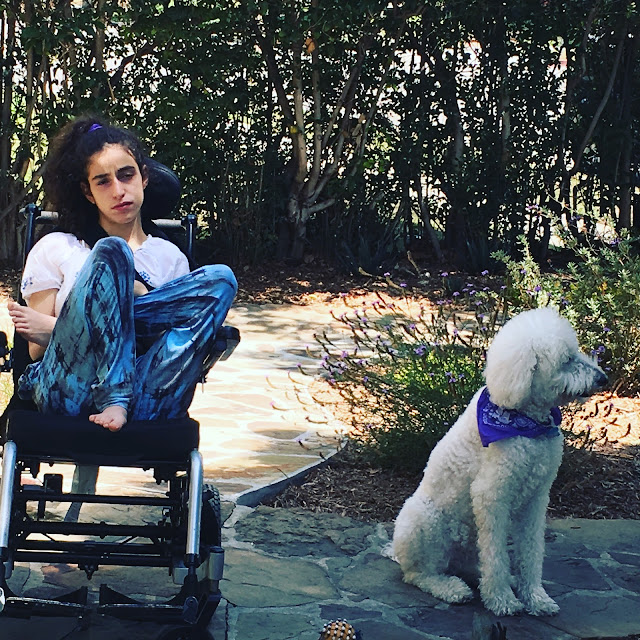 Where is the outrage? It’s limited, at best (see “No hashtag”). Why? The messages that society sends and accepts again and again form a drumbeat of “better dead than disabled” and “disabled = less than fully human.” Hard to get outraged when you can’t see someone as fully human in the first place.

via Forbes Magazine, Emily Willingham's article This is What Disability Erasure Looks Like


I know some of you took notice when you read about the guy who slaughtered 19 people and left 26 injured in one of the worst attacks on the disabled in history. The worst, of course, would be the Nazis' extermination of them. That the latest massacre happened on the same day that we here in the United States were "celebrating" the anniversary and progress of the Americans with Disabilities Act (passed in 1990) and collectively freaking out over the circus that is our election season is ironic, at best. At worst, the relative lack of attention to this horror is -- well -- entirely predictable.

Do we know the names of these disabled people who died at the hand of a person who worked there, whose intent was evidently known by police authorities. I don't know who they are. I haven't seen a single photo of any of them, either. According to international newspapers, no names or photos or descriptions of lives were published.

These disabled people were, basically, erased.

I got a lot of reading done during the week I spent in Hilton Head.  I finished Claudia Rankine's remarkable book Citizen: An American Lyric, a collection of essays and prose poetry that is unlike anything that I've ever read and that quite literally blew my brain up in a million bits only to settle down in what is, perhaps, an entirely different formation. It's a book about race and erasure, about resignation and what happens to the body, the body of color, specifically, when it is continually thrown against -- literally and figuratively -- a white culture. The essay about tennis player Serena Williams should be required reading for every literate citizen of this country.

You begin to think, maybe erroneously, that this other kind of anger is really a type of knowledge: the type that both clarifies and disappoints. It responds to insult and attempted erasure simply by asserting presence, and the energy required to present, to react, to assert is accompanied by visceral disappointment: a disappointment in the sense that no amount of visibility will alter the ways in which one is perceived.

I also finished a new novel titled Pond, by Claire-Louise Bennett. It's a strange and haunting piece of fiction that is wildly eccentric, intensely interior and difficult to describe, but I loved it. Here's a passage that I marked immediately, not realizing until later why it resonated so much with me:


I feel quite at a loss for about ten minutes and it's a sensation, I realize, that is not entirely dissimilar to indifference. So, naturally, I handle it rather well.


I thought of both passages immediately when I read Emily Willingham's brutal article This Is What Disability Erasure Looks Like that appeared in Forbes on July 27th.  Read it and come back.


I thought of Rankine and Bennett's passages immediately after reading the Willingham article because of my own experience raising Sophie. If you've been reading this blog for a long time, you know what I'm talking about. Here's what I'm talking about. Every casual gesture of a physician, every failed treatment, every fight with an insurance company, every IEP meeting, every I could never do what you do, or would you have had an abortion if you knew? The what a waste her curls are, aren't they? and she'll never be a model so we won't reset her broken leg, Is this medically necessary and Would you consider putting her in a home? Erasure.

What, exactly, do you not understand about love of your child? No matter.

Anger and the necessary energy to make presence known morphs, eventually, at least for me, into resignation, a seeming indifference, a handling well. I handle well. I handle well. In dreams I am a dragon on the edge of a dark cave, my tail a trail behind me, its scales hard green, an accumulation of years.