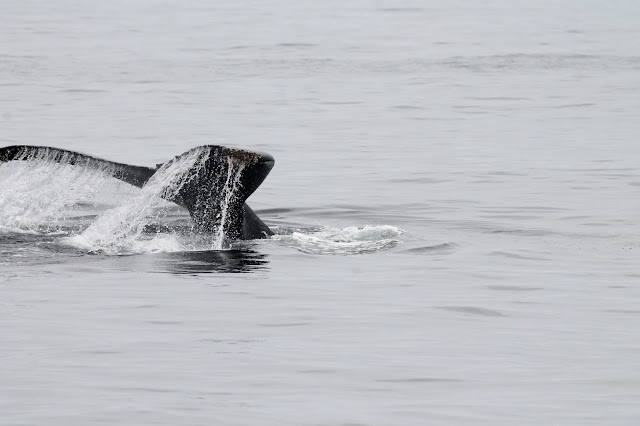 I was literally awestruck on Saturday when I went out on a boat for a seven-hour whale watching tour with some friends off the coast of Ventura. I don't think any amount of writing could do justice to what I saw, so I'll post some notes I took off and on, in-between sunning and rocking and gazing out into the blue. I took over 700 photos, so I'll post a few of my favorites. We saw at least 18 humpback whales, one blue whale, one Minke, multiple sea lions, more than 6,000 dolphins,  countless birds, including several rare species and a bait boil where birds flew around feeding amongst a pod of dolphins and multiple humpbacks. It was wild. 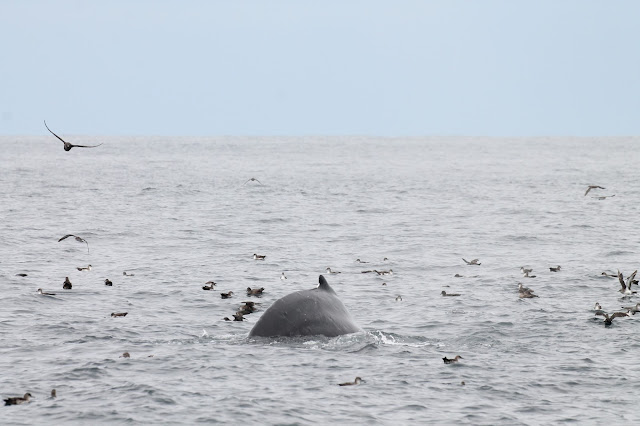 The tell-tale (tail?) stench of whale breath: invisible, fishy, something rotten
The story of Jonah who was swallowed and coughed back up.
Had he displeased God? 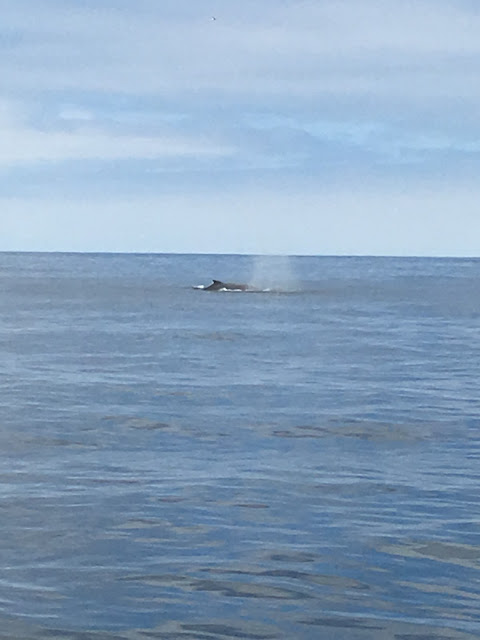 On the ocean, my capacity for wonder is as large as the blue whale -- the largest creature on earth.

Memories of sitting with Sophie as a baby under the blue whale in the main lobby of New York's Natural History Museum. Back in the days of constant crisis, the shadowed space below the hanging whale was one of the few where I felt at peace, where Sophie quieted down. We both looked upward in blue light. 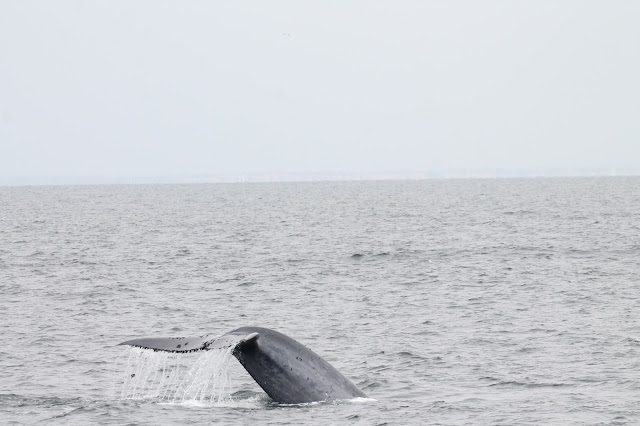 Cloud hovers low over the arches and monoliths of Anacapa Island
How does condensation take so many forms and so much emotional weight? 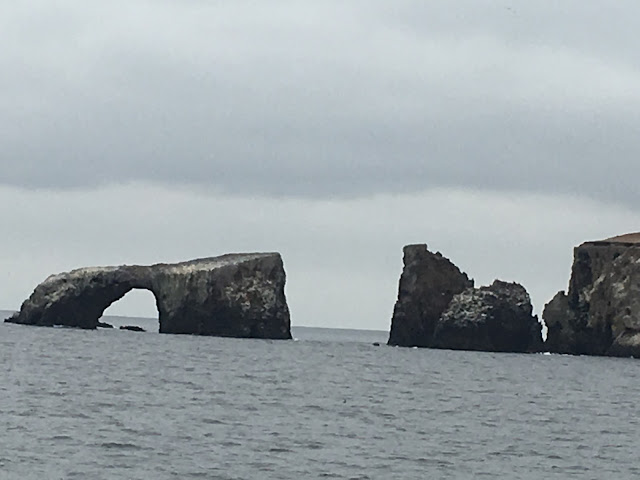 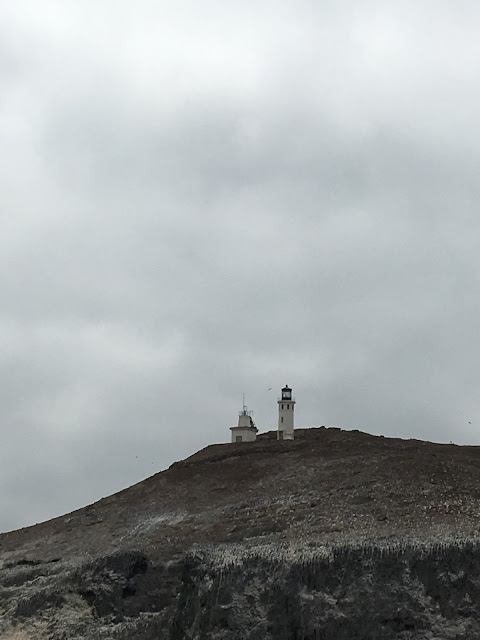 This morning. Gray blue light of dawn bleeding into room.
Hesitation. The rhythm of what will come is set by passivity.
I am drawn to patience. Like held breath
like water 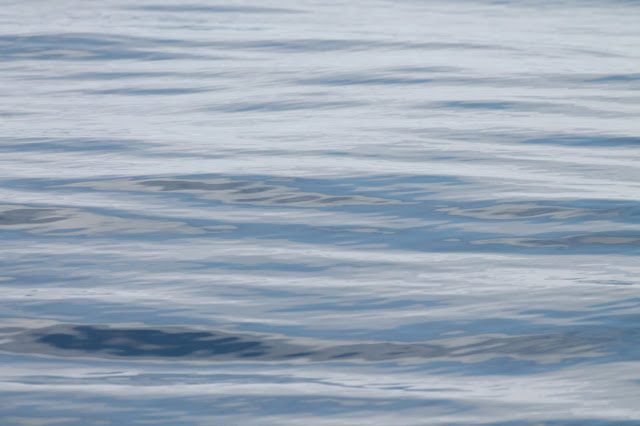 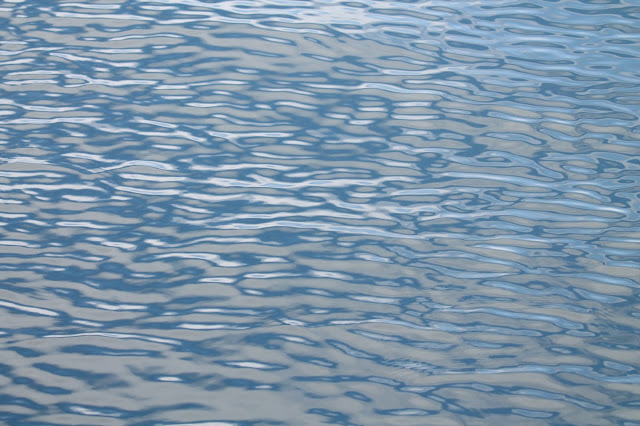 So I don't forget
I can contain my desire despite it seeming uncontainable
The rocking of the boat is constant, and I am never sick.
It's like love
the making of it.

The female body as container.
Desire
The space inside that is filled.
The whale tail and the female uterus 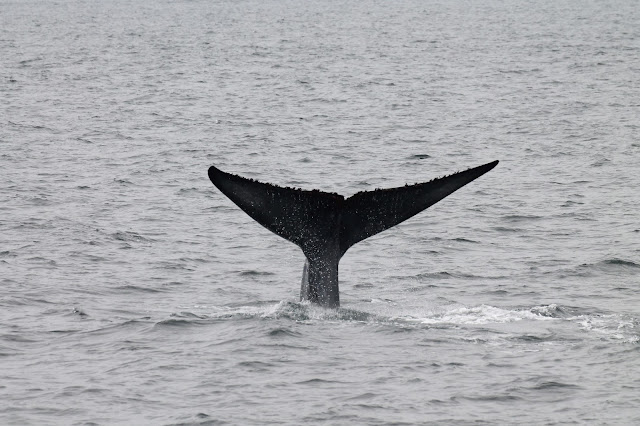 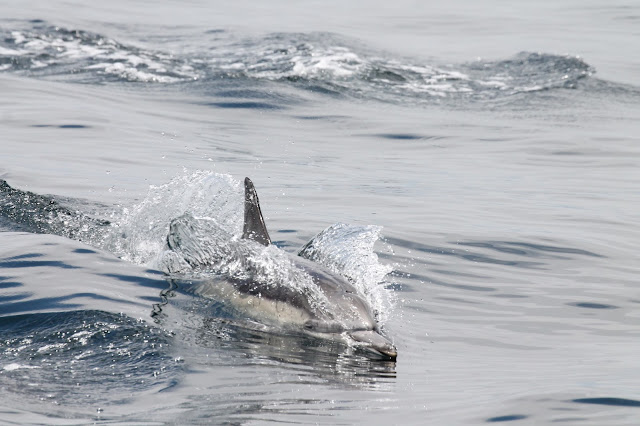 The audacity of the sea lion 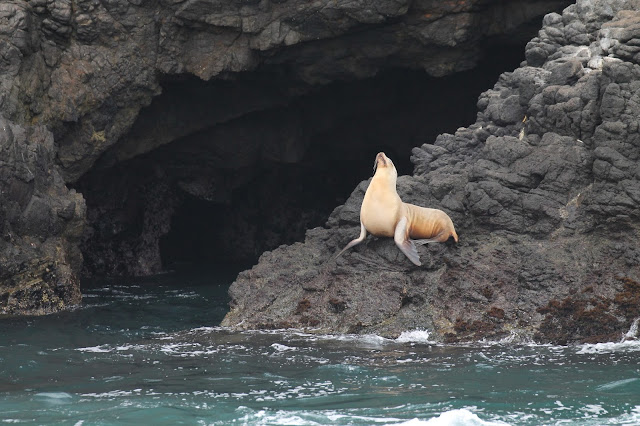 The body as water
The body as vessel, as container, as passageway
The grounding of rock and ancient arches
My tilted sense of wonder 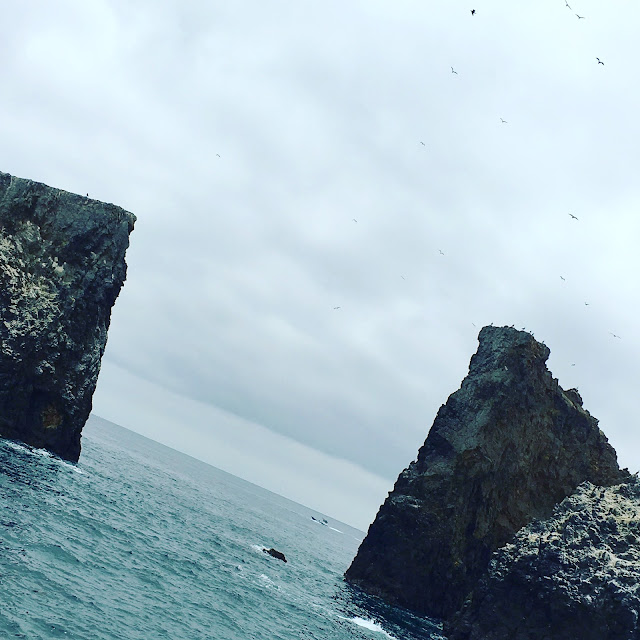