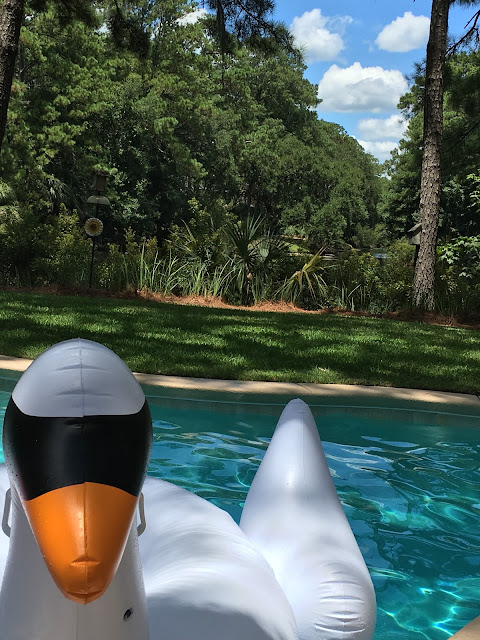 It's hard to know where to start when I haven't been on the old blog for over a week. The boys and I were on Hilton Head Island, South Carolina. It was beautiful there, but hot. Oppressively so. I am not so good in the heat. I'm an admitted wimp when it comes to humidity, and I prefer the cold shock of the Pacific to the bathwater of the southern Atlantic. I also hate jellyfish, mosquitos, roaches and the fact that it never cools down, even at night. Did I mention that it was oppressively hot? On the positive side it's always a joy to see the nieces and nephews and my own children running around together, enjoying the beautiful ritual of this summer week that my incredibly generous parents have provided for so many years, and lord have mercy, but they're a bunch of beautiful children, inside and out. 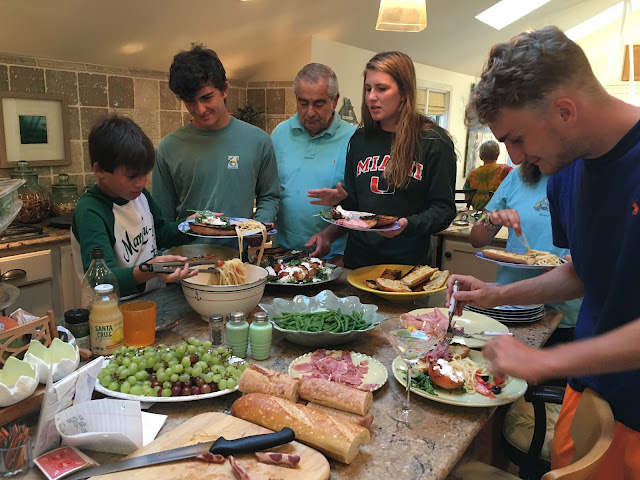 We celebrated Henry's 18th birthday down there. I'm struck speechless that my first son is that old. He's the same preternaturally joyful kid he was on the day he was born. Gratitude for him and his presence on the earth over and over and over.

Now I know you're dying to know whether we watched the Democratic National Convention all together, passing the popcorn and gently jostling one another, respectfully acknowledging our differing viewpoints yet exulting in the fabulous speeches and moving moments. 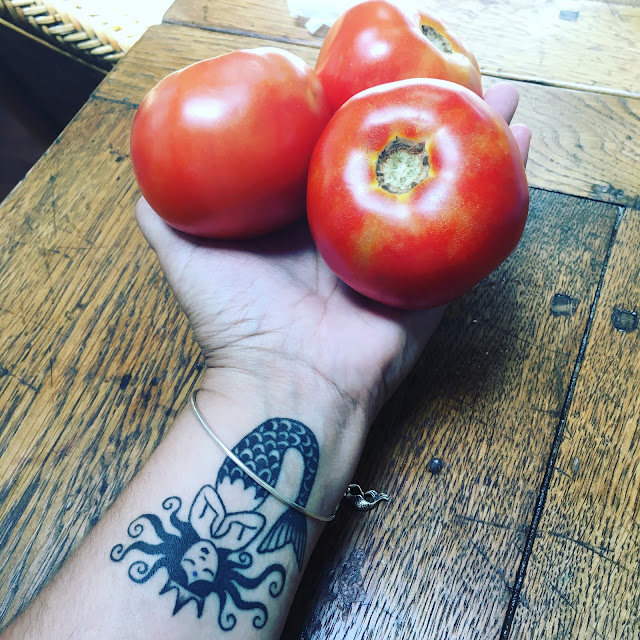 We're divided as a family, basically, into tribes, and the heads of one of the tribes are essentially the Bosses of the Land, so they determine pretty much everything, and we DON'T TALK AT ALL ABOUT THE DEMOCRATIC CONVENTION OR ABOUT DRUMPF OR CLINTON. I'll have to admit that it's the sanest way to operate, particularly in the oppressive heat of South Carolina. We did make conversation about what was for lunch or dinner or how hot it was or how beautiful the view was or how much we love one another despite not being able to converse about truly substantive things every four years or so. My sister and I resorted to watching the convention on a tiny television from the last millennium in her bedroom. I have no idea for whom the leaders of the other tribe are voting, but I know for sure who they're NOT voting for, and that's the first woman to receive the nomination. While it can be tense every now and then, I did make some sort of crack about how we were being denied our first amendment right to assemble peacefully and watch the dang thing in the living room and actually got a laugh from one of the chiefs of the other tribe. 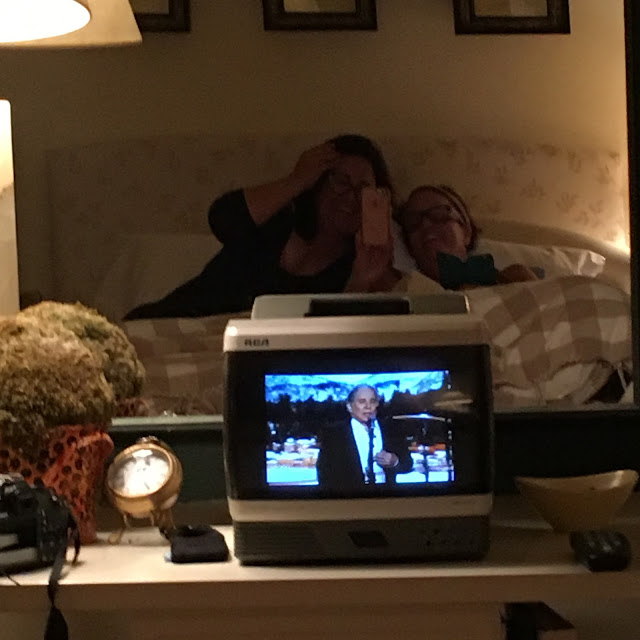 Anyhoo, as they say.

I'd also like to mention the very large Drumpf sand castle that was built on the beach by a group of very white mid-westerners. Nor will I mention how members of our tribe got into it a bit and were called by the Drumpfers "liberal loons." In fact, they even etched a warning into the sand underneath the tower.

I'm proud to say that some of our tribe actually did knock down the tower later that evening -- or maybe it was just the tide? 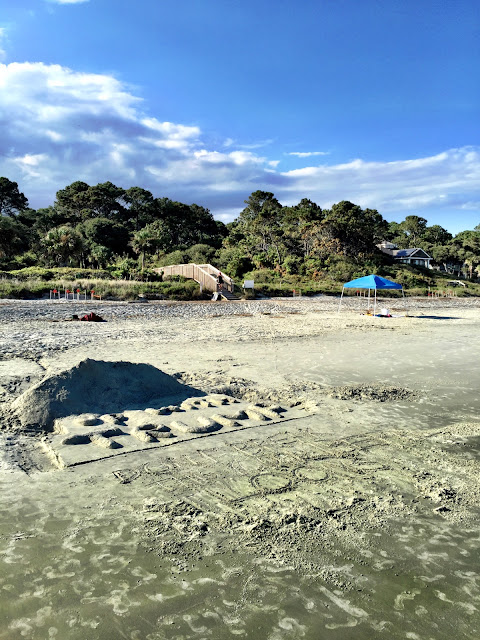 I'll also mention that when the boys and I walked off the plane in Savannah, Georgia, we saw this ad, featured prominently in the waiting area:

Hot blonde with great legs despite the camo and really cool boots, out for a little adventure with a killing machine thrown casually over her shoulder. I bet she feels safe as Hilton hell! And ready for some fun! I told the boys that we weren't in Kansas anymore (on second thought, things are probably pretty much the same as far as gun fun in Kansas) and that people are truly more afraid in these parts, even of one another, have strange and mysterious ideas about liberty and feel obliged to not only protect themselves but adventure with guns that have been manufactured solely to kill the maximum number of people as quickly as possible.

Did I mention how hot it was there? And relaxing? 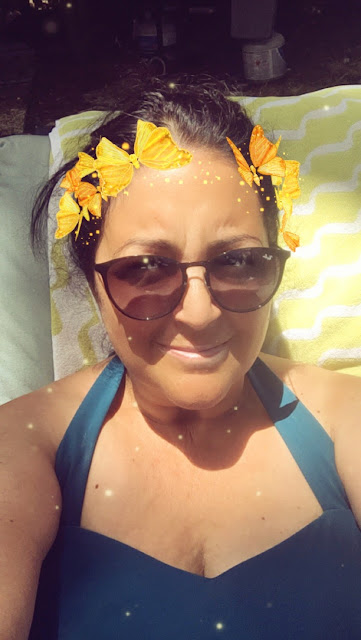 I think that's enough for one day. I still have to tell you about the loggerhead turtles that we saw hatch and migrate to the sea one evening -- truly one of the most exciting and moving experiences of my 52 years on the planet.


*The levity of this post is in no way an entirely accurate representation of my thoughts regarding the election. While I tried to remain calm, cool and collected, I felt disgusted -- enormously so -- by the gun ad in the airport and the fact that middle schoolers would actually erect a sand tower to that man. Plus, I was hot.
Posted by Elizabeth at 4:46 PM