Halloween Fixings and the Death of Twinkies 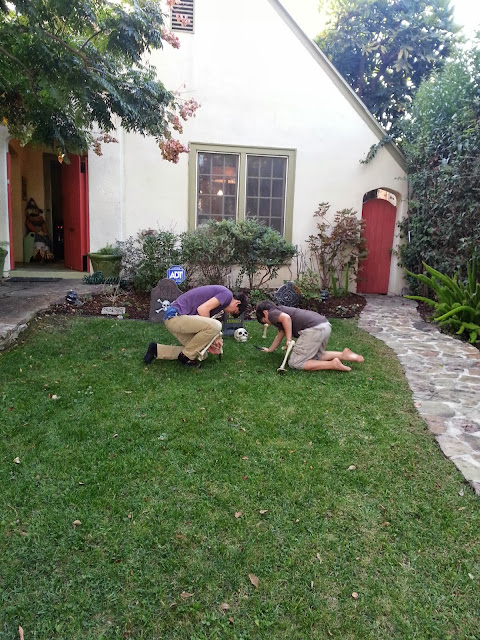 The only way Oliver and I could entice Henry away from the television yesterday afternoon was by appealing to his manly strength.

Only you can drive these stakes into the ground, Henry! we both said. 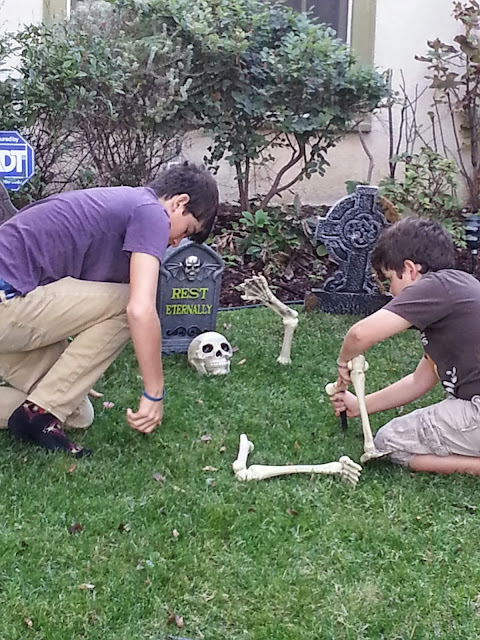 There was some good-natured banter between them that I was tempted to record as it's so rare these days. There was also the usual bickering. 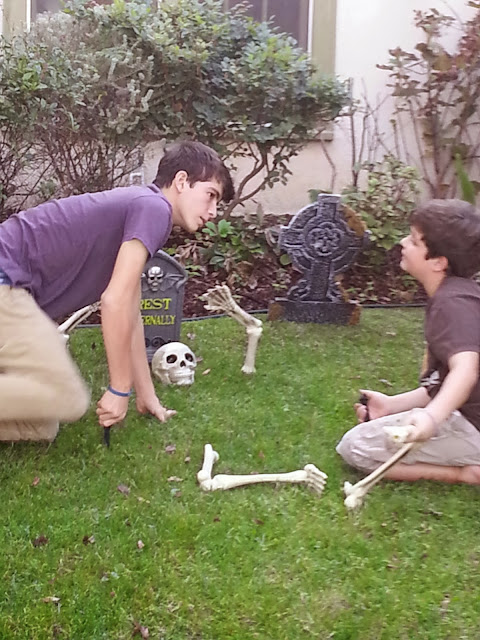 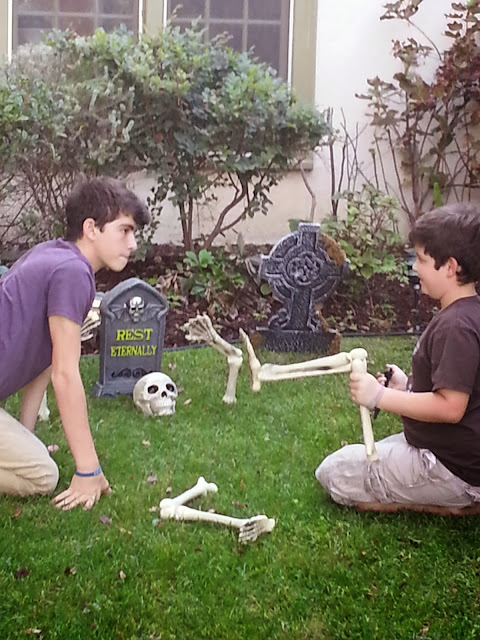 I took a couple campy shots of Oliver, pretending to be dead in the graveyard. With a black and white filter, they were almost too creepy. The two of us went to Spirit, the grotesque all-things-Halloween store that pops up in our neighborhood once a year. We bought some more spider webs and walked around creeping each other out. There were horrible zombies and spiders that jumped out at you. There were nasty, nasty costumes and entirely inappropriate sexy Halloween costumes. The guy who was stocking the store was creepy, too, and I wondered whether they did background checks on the workers and then wondered why I would think that anyway unless it was true (a psychic hit?). There's so much shit in a Halloween store and so much shit makes me so weary in that bone weary way. Doom.

I sort of hate Halloween, but I cheerfully oblige my children's love of it. 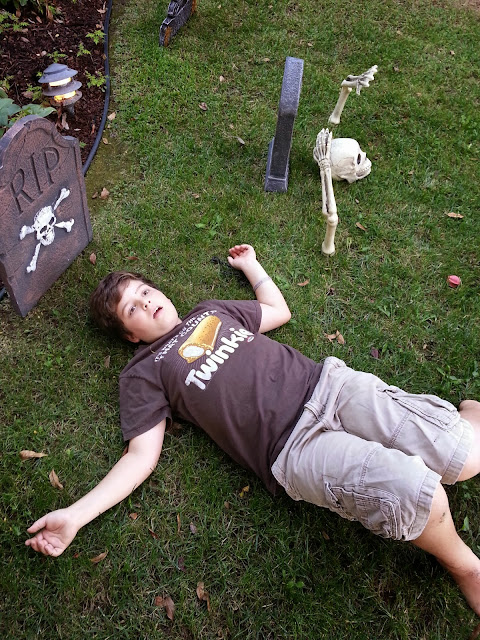 So, Halloween is up chez House of Crazy. I've been for a walk already today and done a lot of housework and paperwork. An old friend sent me a grainy photo of a large group of girls -- a sorority photo -- from our days at UNC. She asked me who the girl to the right of her was, and the name came to me in one instant. I am finding this recall very weird today. Why is it that I can't remember the name of the book I'm reading but was able to look for one moment at this girl's face -- from nearly thirty years ago -- and know it? What the hell is that all about? These are the questions that creep out and try a woman's soul.
Posted by Elizabeth at 1:18 PM