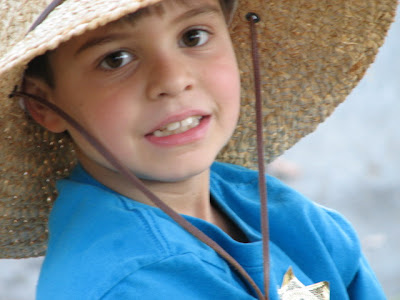 This little boy is the opposite of what he looks like. He's my third child and when he was a baby I thought of him as dessert. Sophie's babydom was initially magical and quickly turned into nightmare. Henry, the first boy, was a perfect baby but I was often busy feeling anxious. Would he have seizures? But Oliver was my dessert. I had relaxed, by then, into the idea of having a typical child. Henry had forged the way. This baby nestled his little head into the spot between my head and shoulder and just stayed there, it seemed, until he could walk. I inhaled him. 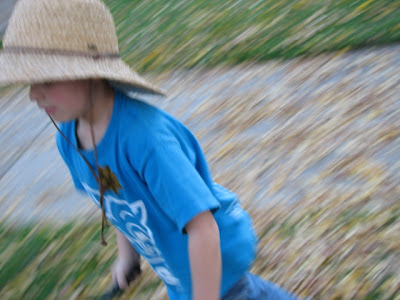 He's also my most difficult child. The one who makes me question my parenting. The one who has a tongue as sharp as a scythe and who throws words around like weapons. He has been known to "hate everyone." He has even blurted out, at the age of 21/2 that he "hates Santa." This when I tried to discipline him into picking up some toys because Santa is watching. He took his thumb out of his mouth and uttered the curse which, in turn, made my other son look at me terrified. I tried not to laugh and said OOOO, I hope Santa's not listening and Henry looked fearfully up at the ceiling and asked me, Are you going to tell him, mommy? Oliver just continued to suck furiously at his thumb. He really didn't seem to care.

He's the child who called for me in the night when he was five years old and told me I'm scared.
What are you afraid of? I asked.

Who's going to take care of Sophie when you get old?

Oh, my goodness, Oliver. Mommy and Daddy will always take care of Sophie or have someone help us to take care of her.

But what about when you get too old to take care of her?

I'm thinking a million thoughts, by now. They range from utter terror that I'll say the wrong thing to utter paranoia (in all my raising of these boys, have I not paid enough attention to the effects of having a disabled sibling?) to wonder that he had these thoughts at all at the age of five.

Because I don't want to take care of her is what he said in his tiny voice in the dark.

And that made me smile, actually. I told him that when it was time for him and Henry to perhaps help to take care of Sophie, he would be a big, grand man. And then he smiled at such a fabulous thought and went back to sucking his thumb and then to sleep. But I'm thinking that as soon as I'm dead and gone, I'll have one son who'll do what Mom wanted. She'll live with us (Henry) and one who'll Thank God. Now she's gone and I can put my sister in an institution (Oliver).

If you think I'm sick, well. I am. And it's this kind of thought that makes me laugh. That keeps me sane. And it's this boy that keeps me crying and laughing. The get-up he has on to garden today is of his own making. And when you give the guy a job, he does it with determination and thoroughness. So I'm thinking that Sophie will be all right when I'm gone. The universe willing, I'll be really ancient and Sophie slightly less so. She'll have them. 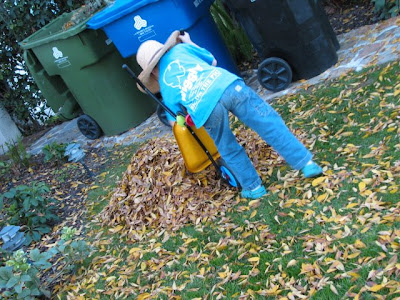 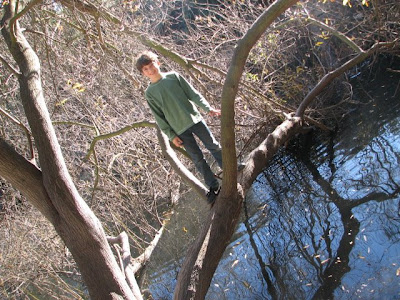