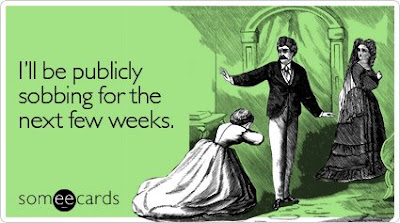 There are a number of assumptions that I'm making with this post, but in a nutshell, if you're reading it you need to know that Sophie is thirteen and has a severe seizure disorder that is uncontrolled by western medication (16+ different trials of said meds). She is nonverbal and needs complete assistance with basically every life task, including bathing, eating, toileting and all self care. Traditional assessments would probably define her as severely cognitively impaired, but we believe that she understands a whole lot more than is apparent. She is having a particularly difficult time, struggling with multiple seizures daily.

I broke down and actually took Sophie to the pediatrician yesterday. She hasn't been to school in days, mainly because she's having a bunch of godawful seizures every single day and we just can't get no relief. For those of you who don't know, seizures are often exacerbated by illness, so I was hoping (yes, hoping!) that she might have an infection, something secondary to the cold that she'd had the week before. That would be an explanation, you see. I also bat around my theory that Sophie's seizures are now the direct result of fluctuating hormones in her suffering thirteen-year old body. Actually, it's not really a theory. It's what I believe. I'd recently spoken with The Neurologist about a new drug that literally just came out from the FDA this week.

"I'm really excited about this drug," The Neurologist said over the phone.

You don't know our history with antiepileptic medications, but it's a grim one. Without reservation or caveat. I am in a position now, though, where I'm willing to try anything. I think. But excited? This is what I said to her:

"EXCITED? I have to tell you that the idea of giving Sophie yet another new medication with virtually no track history is enough to make me vomit. Like right now. When do you think we could try it?"

Back to the pediatrician. She is super nice. Young. Just had twins. She has blue, blue eyes and talks directly to Sophie which I really appreciate. She is sensitive to her as a person, not just a girl with a terrible diagnosis.

We talked about birth control today -- something to consider on the chance that it would help to calm those crazy girl hormones and perhaps, even, the seizures. Remove the stress. Remove the seizures. The good doctor believed that we could start this sooner rather than later (I had thought that one needed to have a regular cycle before starting). I'm thinking new drug or birth control, birth control or new drug? and trying not to cry. How can this be that I'm still squeezing back tears, fourteen years later? But then I'm jerked back to reality by this:

The doctor says kindly, "Are you concerned at all about Sophie's fertility?"


Even though I hate the acronym, this is what I thought: