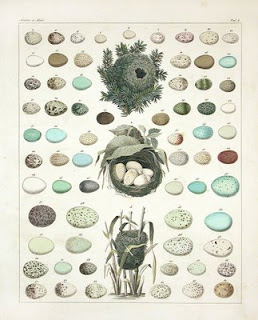 The year is young and already there have been two news stories that hit very close to home. The first is the negligence of a caretaker for her 22-year-old charge whom she left, stranded, in a bus overnight somewhere in New York. The young man evidently had severe cerebral palsy and was in a wheelchair. She knowingly left him in the bus where he rocked for over 17 hours, trying to keep warm. He suffered hypothermia when they discovered him in the morning.

The second is the death of John Travolta's son Jett in the Bahamas this morning. The young man, aged sixteen, evidently had a seizure and hit his head on the bathtub, was found by a caretaker at the hotel, but couldn't be revived. I had long thought that Jett was autistic but learned in a newspaper article that John Travolta had always denied this and that in addition to seizures, his son had suffered from Kawasaki's disease when he was younger. After the initial rush of horror, of what I think in the moment I understand, I'm painfully aware of my own selfish need to differentiate from these families. My only thought, then, is My God, My God and then all the inane platitudes that accompany tragedy.

I stare sickly at these news stories (that many people emailed me), poring over every word, almost runnning my finger over the lines. I read them and then I reread them. Looking for clues. There seem to be only cliches to describe the feelings: my heart literally goes out to them, the parents. I get it, I think, simultaneously looking for something in the story to differentiate from my own life. Sophie can't ever bathe by herself, so that wouldn't happen I think. Or Sophie's aide would never do that and besides, I'd know that she wasn't home. Where was this young man's family when he was freezing, alone, on a parked bus?.

Some people like to say that we're all one step away from death. To savor every moment because you, too, or your spouse or your bright and happy children could be taken away with a snap, like that. And that's true and unless you're just not too bright, getting older makes you painfully aware of mortality.

The vulnerability of my own daughter, Sophie, is something that I try not to dwell upon. Try not to even write about because I think, sometimes, that I'll jinx it. That by giving it form it will be more real. Or I think the opposite: that the more I think about it, the less likely it will happen. The Husband likes to say that one would be paralyzed, literally, if one entertained the thought of Sophie's vulnerability at school. She can't talk or really do anything for herself. So when we send her off to school each day with, let's face it, an aide who we've only known for a year or so, we're taking, really, the biggest leap of faith of our lives.

And then there's the other. The fact is this: people with seizures that are not controlled by medication can die suddenly. The condition has the lovely acronym of SUDEP (and I don't even want to link to it in my blog!) and it's something that The Husband and I think about every single night.

One of us, usually him, because he is far less psycho in the night, sleeps with Sophie each night. This has become habit and we look on it as one of the concessions we've made in our lives to her disability. We do it knowing that in some ways it's irrational. Even useless. A lame, pathetic attempt to control the utterly uncontrollable. "Can't you use a monitor?" someone always asks. "No," I reply. We need to be near her. We have this idea that if she were to stop breathing, we would sense that, in the night. I have to believe that we would.

That the Travoltas' tragedy is public due to their celebrity doesn't make it any bigger than the countless, faceless tragedies of other children's deaths. From seizures, from disease, from something out of the blue. But it does put it out there.Sometimes I feel like gritting my teeth and reading these stories, that sharing them will somehow prepare me for the worst. Lamely, I'll repeat There but for the grace of God, go I. But I know that isn't really true. I really just have no idea.

I'll leave the computer, the story and go back to my nest where I'll squat, my wings spread over them, these fragile eggs.
Posted by Elizabeth at 10:57 PM