What is it about Ralph's? 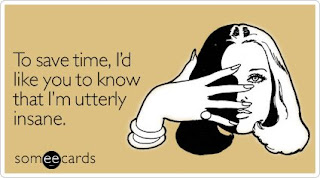 I careened into the Ralph's parking lot tonight after 10pm because I was just mad. I won't go into why, but since I was still dressed in the yoga pants and tank top that I'd worn twelve hours earlier to a yoga class and hadn't actually taken a shower in a few days (we'll just call it the end of the year, stay in the house with three children and a lot of seizures look) and had no sweater on despite the chilly LA night my options for a diversion were few. A guy with Fabio hair and black biker jacket insistently walked down the center of the parking lot so that I could only inch along behind him, and when he finally moved aside, I stepped on the gas pedal and almost ran over two elderly Orthodox men who were also blithely (or so it seemed) oblivious to cars in the parking lot at night. Such was my mood that I thought about rolling down my window and making some kind of snide comment about what was happening again over in Israel, but I figured that wasn't nice and pulled into a parking space instead.

My face was tear-streaked but I went inside anyway, because who else is at Ralph's on a Monday night and all I needed were those lunch-sized pineapple bits for Sophie and something for breakfast. I had only rounded the corner of the first aisle when a portly older man with a round head and a yarmulke rolled his cart right up against mine. Almost like a head-on collision, but he stopped right before his touched mine.

He looked me right in the eye (the one not covered by a piece of lank hair) and said, "Your husband is a lucky man to have such a beautiful wife." I muttered thanks through the hair and kept on rolling right by him. Remember this?

If I need to find me a new man, I think I'm heading to Ralph's. Cleaned up and smiling -- who knows who'll I find?
Posted by Elizabeth at 12:23 AM