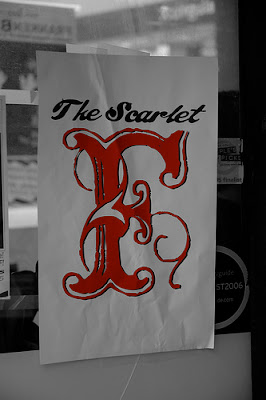 I'm a fellow here in Los Angeles, with the Leadership Education in Neurodevelopmental Disabilities program at the University of Los Angeles and Children's Hospital. I learned after I'd applied, been accepted and attended for a couple of months that all "employees" of the hospital must get a flu vaccine or wear a mask during the trainings. The trainings are held in a building across town from the hospital, in a series of classrooms. In addition to myself and a couple of other parent fellows, the other trainees are primarily in the medical world -- psychologists, social workers, nurses, occupational therapists and dentists.

I was told today that I'm the ONLY person to have declined the flu shot and that I would have to wear a mask until the program is over. We don't do flu shots in our family. There have been numerous occasions of family members reacting badly to flu shots and, frankly, I'm a bit afraid of them. You can argue all you want about them, and I do understand that if people are working closely with vulnerable children they should get one, but I find it ridiculous and coercive to force me to get one.

As far as I'm concerned, if people want to be fully protected from the flu virus, we should all go around wearing a hazmat suit.

So, I'm feeling stressed about wearing the mask. It's bound to be embarrassing. Basically, everyone will know that I've declined the vaccine. This is a medical group and I know there'll be silent titters. I guess I'll sit tall, but to tell you the truth, I'm almost tempted to throw in the towel as it is and start training to be a surfing instructor or something.