Here is my Syrian grandfather and his family, in the early part of the twentieth century. I don't know whether they had left Syria, yet. My grandfather Charles is the young man on the far left, in the back row. I have always been enamored of the woman on the right's wasp waist. I believe she might be my Aunt Hafeezah, remembered for her plastic-covered furniture, dusty hard candies and wet kisses. My grandfather immigrated to the United States in 1907. I am told that he was very handsome, then, so handsome that as a lifeguard on Coney Island, he was picked to be an extra in a Valentino film. He died when I was sixteen, so my memories of him are not clouded. He smoked unfiltered cigarettes-- a lot -- even after lung cancer and the removal of part of his lung. He had strong and often angry views, would holler about them with his children (my mother and my aunts and uncle). He was loud, cursed in Arabic (in fact, the only Arabic word I know is shit, pronounced a guttural cutta). He pushed meat through a meat grinder attached to the kitchen table, grew eggplants and string beans in a backyard garden and called me Rosalita because I looked like the other side, my father, the Italian Catholic who married his youngest daughter. 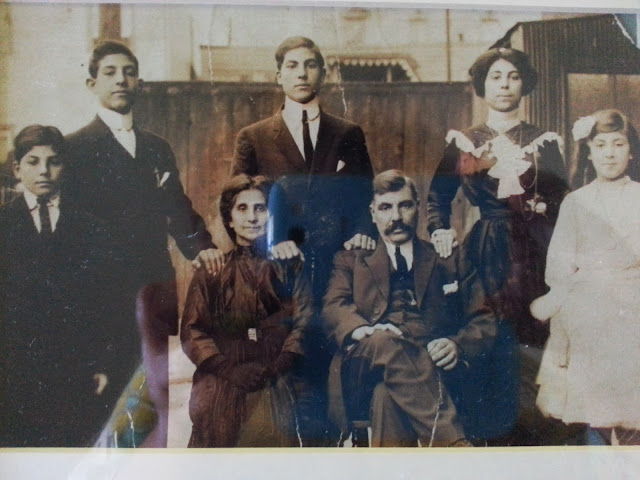 This is a picture of my Mississippi grandmother and her family. My grandmother, Ida Mae, is the little one in the front, shielding her eyes from the sun. She grew up on a cotton farm in the Delta. All of her brothers had Biblical names, and I believe the baby in her mother's arms is my Aunt Bessy Lucille who married a man named Artie when they were around fourteen years old. Aunt Bessy and Uncle Artie were married for nearly seventy years, I think, and I remember they were always holding hands. My grandmother died when I was around 38 years old and she was 92. She was tall and graceful, soft-spoken and dear, the definition of a lady. She told us stories in her soft southern accent, stories of growing up in the south, how she was bitten by a snake, how her brother cut the spot, sucked the blood out and then ran through the fields to get her father. She had pale blue eyes, suffered from macular degeneration in her old age, had a tinkly, gentle laugh. 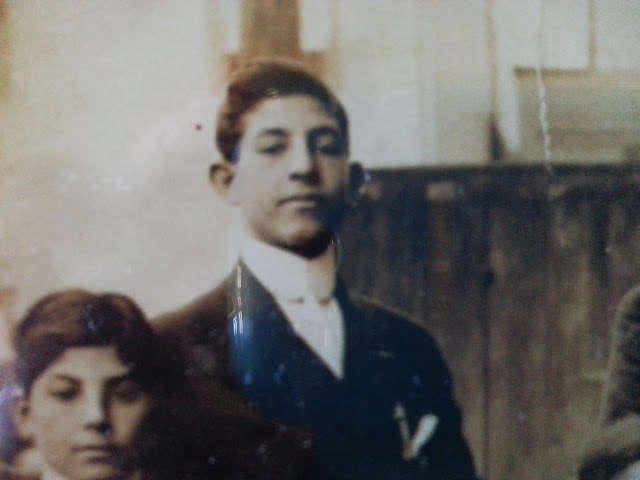 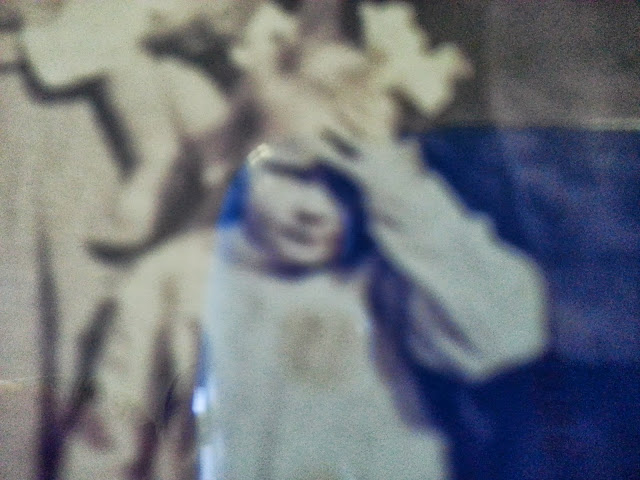 when he was a traveling salesman, peddling lingerie in the south. He married my grandmother when she was eighteen years old and took her back to Brooklyn, where she lived with him and his mother, at first. Ida Mae learned how to speak Arabic, cook Arabic food and then raised five children in a tiny brownstone in Brooklyn. When I asked her many years later why she'd married Grandpa when she was so young, she told me Well, honey, he was tall, dark and foreign.

I'm telling you this story now because I can't get them out of my mind these days, particularly as I watch and listen and read about the conflagration in Syria. I am one-quarter Syrian. That quarter is from the city of Homs which has been in the news of late as one of the tinder boxes of the civil war there. My grandfather Charles was a Christian Arab who fled persecution with his family more than a century ago, and he never let us forget whose side he was on, barking his views from the Barcalounger he seemed to be reclined in for my entire childhood. Israel, Palestine, Jews, Muslims, Christians -- these were words I heard over and over on those weekends my cousins and I ran through the house and outside to the garden, or sat and colored while our grandmother shaped raw lamb into kibbeh and our aunts and uncle argued.

I don't know what to think about the whole thing other than it's a fucking (there's really no other word) tragedy of a colossal scale. Pure madness. All of it. I can't say I feel comforted to see President Obama sitting grimly next to John McCain as they collude on how to persuade our legislature to vote that we strike Syria. I can't say that I agree with them. I don't see the sense of bombing as punishment. I can't say I feel neutral, either, when I read of hundreds of thousands of people brutally murdered, citizens of one country killing one other barbarically and millions displaced, wandering.

I remember the fighting and yelling in my own extended family, though, over what seems like the same old shit.

Pure madness. All of it.

I don't know if I have any relatives in Syria, but I imagine someone whose blood and genes I share is running around there, throwing rocks or bombs or fleeing with her children to neighboring countries or even receiving the gas meant to kill from her own government.

I don't know what to think.