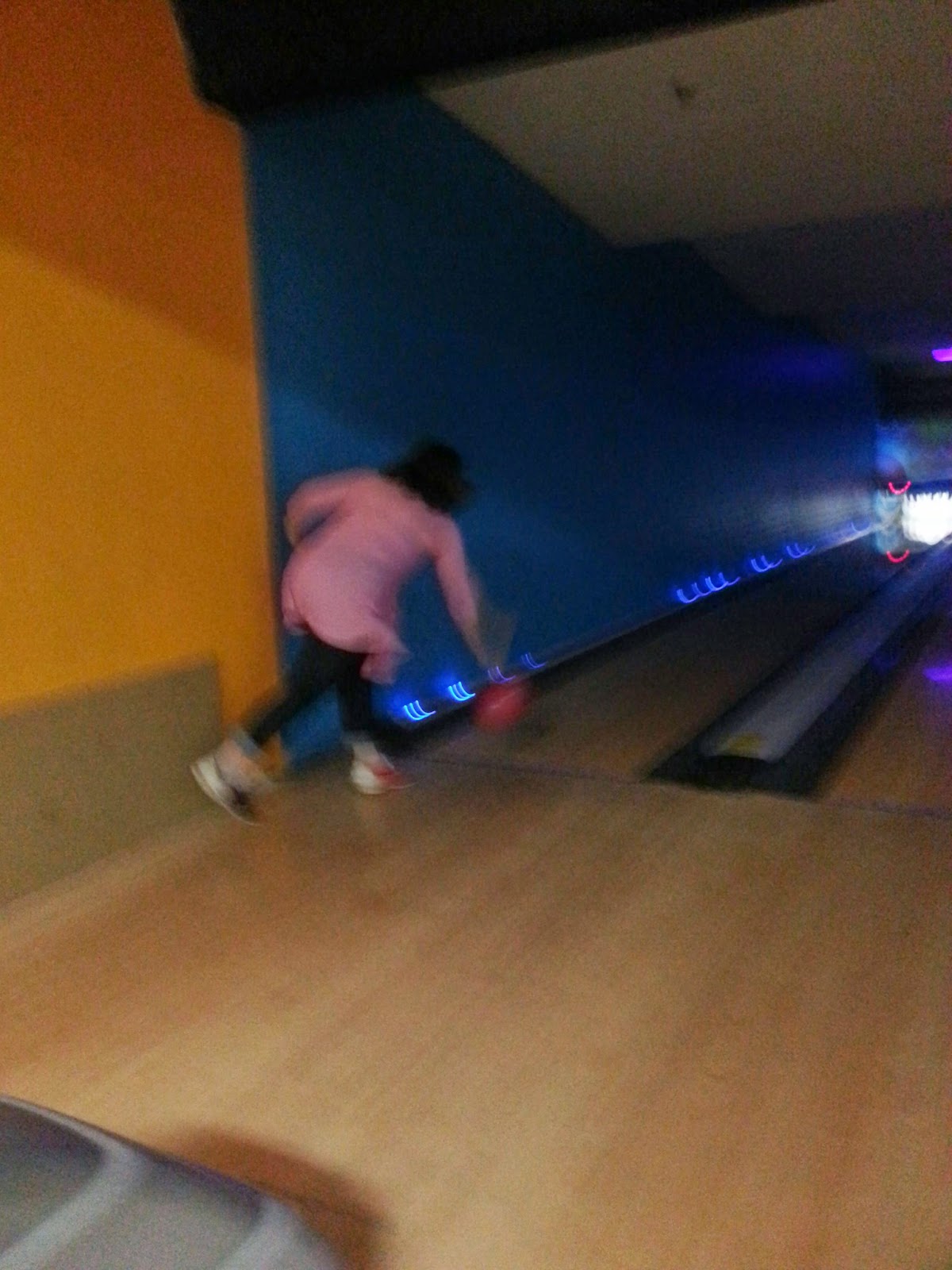 I have absolutely never been any good in any sport except, strangely and inexplicably, bowling. I am a damn good bowler. I took Oliver and his friend bowling this afternoon, tied those lovely size nines on and started with a spare. Ya'll, I haven't bowled in probably five years. I think the last time might have been at Henry's birthday party that I know I chronicled on this blog. I'm too lazy to find the link. But my ever-growing Italian peasant arms are strong as hell even if it felt as if my thumb got some nerve damage.

I got a couple strikes and spares, one gutter ball and miscellaneous. And I beat both of those teenage boys. Afterward, when I treated the losers to lunch, I was mocked during a brilliant discussion about french fries for never using the right phrase when ordering a certain kind from In N Out (I'll admit here that I purposely use monster fries instead of animal-style fries just to get their teenager goats. Don't tell.). I sighed and said, Yeah, I guess I'm just a big uncool dork. Oliver's friend told me so is my mom (his mother is a beautiful, very funky, very brilliant and very accomplished artist with multiple degrees from Ivy League universities and about as removed from uncool dork as I am from world's greatest and leanest female athlete), but later they said that I was legit as far as bowling goes.
Here's the proof: 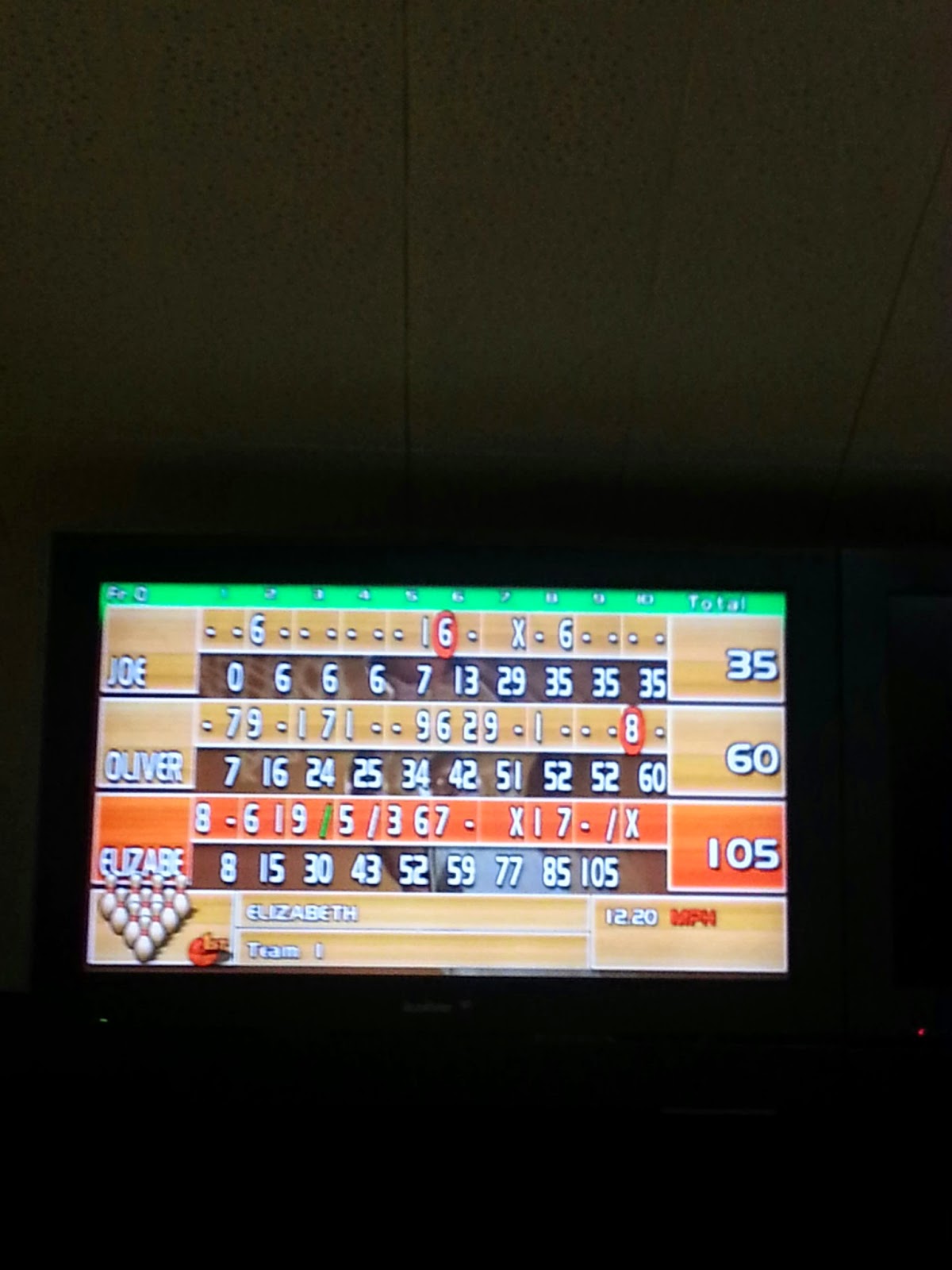 I bet with a little practice I could join a league and start traveling. This might be my ticket out. What do you think The Teenagers would think of me, then?
Posted by Elizabeth at 4:00 PM