On Not Giving a Flying Foo Foo 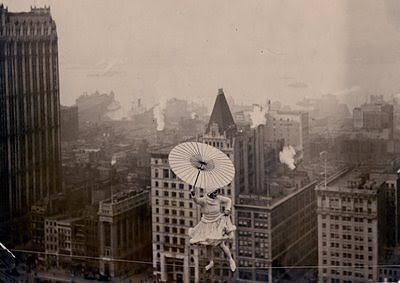 Let's get back to our regular business and forget, for a moment, the shameless self-promoting (although I'll have you know that my book is currently ranked #23 on the Amazon e-book sub-category of women memoirs, right ahead of Diane Keaton's). Thank you!

But back to "regular business." I'm just now coming down from a whirlwind of conferences and galas and public speaking engagements -- an exhilarating and overwhelming ride. I've spoken in public before -- many times, actually, when I was working for several collaboratives that addressed systemic healthcare improvement initiatives. I've also served on a few boards of a few non-profit foundations and even helped to found one back in the dark days of the last millennium. Going to galas and benefits that raise money for epilepsy causes is a mixed bag -- I am at once grateful that so many people support the cause, repulsed by the schmooze factor (especially on Wall Street and in Hollywood), and depressed with the acknowledgement that these are my people and this is my life. Frankly I'd rather be conjugating French verbs, to tell you the truth, or at the very least baking a cake and reading some poetry.

That being said, this past weekend in San Francisco, when I participated on the medical marijuana panel at the Epilepsy Pipeline Conference, I had a sort of epiphany or suddenly realized just how much things had changed. Generally, I'm a fiery and opinionated sort of woman, quick to mouth off and express my opinions, often sharp-tongued, and given the topic, frustrated and angry about the access to and quality of healthcare for children with epilepsy. I know there were some people at that conference who found me unbearable, and I winced, a bit, viewing the taped session, noticing how the female doctor and female nurse just might have motioned to the moderator to cut me off and allow them to speak. Contrary to what you might think, I'm not this entirely confident person all the time.

I confess, though, to realizing at the conference how my former motivations might just possibly -- OK, definitely -- have been about ego, about vindication, about hoping for and forever being denied a Power That Be who would step up and say, You are right! We are so wrong! We fucked up your daughter's life because we don't know anything and there's a vast and horrific conspiracy of Big Pharma and Western Medicine that we've been a part of, contrary to our Hippocratic Oath. You win!

My epiphany, actually, was this: I don't give a flying foo foo what They think.

I realize that Sophie's astounding reaction to Charlotte's Web has nearly everything to do with this, that I'm in a new and unusual (for us) position of not needing their help. It feels outrageous -- like I actually am on a tightrope suspended over the world, which -- contrary to before -- looks sparkly as opposed to dark. I feel graceful even, for this moment.
Posted by Elizabeth at 2:25 PM