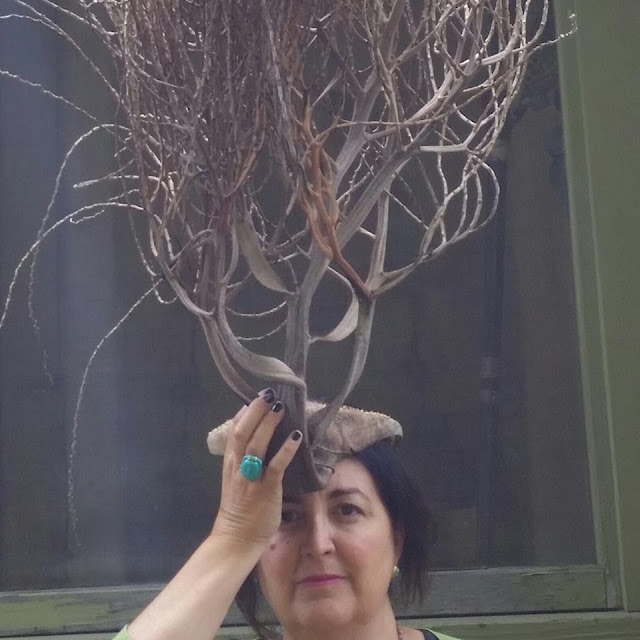 A friend of mine in the epilepsy community contacted me this morning from Canada. She had just learned that the drug Frisium (same drug as Onfi, a benzodiazepine that I've written about millions of times over the years as it's a hideous pharmaceutical with little efficacy for controlling seizures but is intensely difficult, if not impossible, to wean) is being discontinued. She wondered if the same stuff was going down here in the Disunited States.

Here's the announcement that the Epilepsy Toronto organization published:


My friend told me that she tried to get to the bottom of this issue by speaking with the company and then the pharmacist. Lundbeck told her that they "don't normally talk to the general public" and that she should speak to her pharmacist. The pharmacist knew nothing and said, "You should just call your doctor and they will prescribe something else." That evoked a little -- ok, a lot -- of sarcasm, because anyone who knows anything about Onfi/Frisium/clobazam knows that it's nearly impossible to wean it once you've been on it for more than a few weeks, AND there actually are no substitutes except for, maybe, Klonopin, which has its own set of horrors. I felt some small comfort in knowing that even in Canada, big pharmaceutical companies and pharmacies are as obtuse and insensitive as they are here. Canadians just don't have to pay for the bullshit, I guess.

See the ticket price of a 24-day supply of the drug Onfi that I picked up for Sophie just the other day. It's written very, very small up there in the right-hand corner. Sophie's been taking this drug in all of its iterations (Frisium, Onfi, tablet Onfi and liquid Onfi, non-FDA approved and FDA-approved) for nearly ten years. The cost for us has ranged from $550 a month to $70 a month over the course of years, and I've drug-muled it from Canada (you can find those posts if you go to the search bar and put in drug mule), gotten it from pharmacies in Germany and England, been reimbursed by non-profit foundations that are underwritten by Lundbeck (what a racket) and just plain coughed it up (the money, that is). Today, I can only get a 24-day supply because of the tight regulation of opiods and benzos, and since we use the liquid form (more expensive) and the pharmacy can't open a bottle to give a partial amount, we are stuck paying the co-pay every 24 days instead of once a month. Less drug, more money paid by us. Less drug given, more money made by insurance company, pharmacy and pharmaceutical company, I guess.

We have, above all, always been a slave to this drug and the cockamamie system because of its potency and powerful addictive characteristics. The drug has absolutely never really controlled Sophie's seizures. She was given her first benzodiazepine Nitrazepam at THREE MONTHS OF AGE on what was termed compassionate protocol because it was not FDA-approved. She was also given Ativan, Tranxene and Klonopin, none of which helped her and all of which were a bitch to withdraw. My tiny little mother mind™ wants to sit here and dwell on the fact that all of these drugs were and continue to be prescribed and given to little babies without any real knowledge of their long-term effects, but what's the sense of dwelling on The Great Unknown?

It enrages me in the way that those of us who do this thing are enraged. We function quite well at a slow simmer.

After my friend contacted me, I put on my Pharmaceutical Sleuthing Hat (see above).

I read about the Canadian shortage here. I called Lundbeck here in the Disunited States and spoke to a very chipper man who claimed to not know about the issues in Canada. He assured me that the drug Onfi had no manufacturing problems but that there was some rumbling about contracts with a certain distributor, Amerisource Bergen. There are, evidently, problems in the wholesale distribution area -- particularly with some pharmacies. Lundbeck is working on the problem but does not foresee any stoppage in manufacture of the drug. I wondered why the same drug, manufactured by the same company under two different names, was being discontinued in one country but not the other. The Chipper Pharmaceutical Dude had no answer for that. There was a point where he said that he'd speak with a supervisor about what was going on in Canada, and when I told him that I already had that information, he kept talking and talking over me, saying the same thing and for a split second that might have stretched on into eternity, I wondered if he was a real person or some kind of robot endowed with pharmaceutical intelligence. The chippery at that point gave me the creeps, so I refrained from asking him why my current supply costs $1584.65. I refrained from asking him what sort of collusion Lundbeck and CVS and Blue Shield have that they can't give me a third bottle to cover Sophie for more than 30 days so that I don't have to make a co-pay twice a month instead of once.

So it goes, as Vonnegut said so pithily.

I wonder what it would be like if Vonnegut were the Chipper Pharmaceutical Dude. My mind goes hither and thither, thither and hither. That would be Joyce.

* I use this word facetiously as I despise it. If you're a New Reader, know that. It belies the intensity of the situation described.

Posted by Elizabeth at 1:12 PM