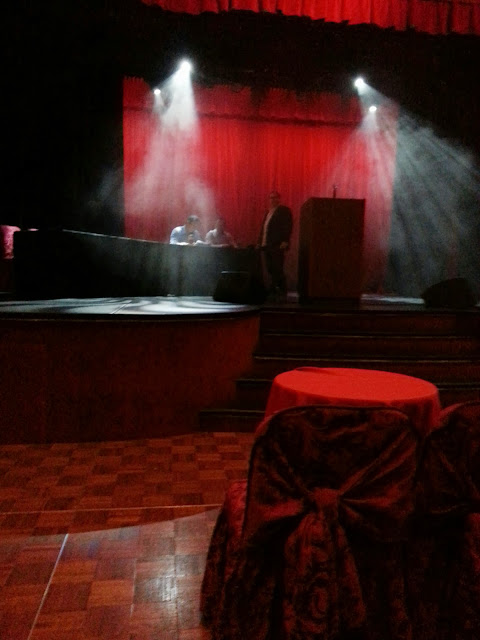 So, we sat with Sophie and hundreds of other people in the above auditorium, listening raptly to Josh Stanley, a few of his brothers (there are 6 of them and 11 kids in total!), Paige Figi (the mother of Charlotte, of Charlotte's Web fame), and Ray Mirzabegian who brought us all together, as well as Jason David who you can read about here. The auditorium was some old-timey venue, and before the meeting started, I felt as if I were on the set of a Fellini movie. Honestly, sometimes my life feels like a Fellini movie on the good days -- and perhaps an Ingmar Bergman on the bad. The news conference was wild and amazing and emotional. I joked to a friend that those Stanley brothers are like Jesus and the Apostles, and I don't mean that in any religious sense. I mean they're on the edge -- perhaps of a sort of revolution -- and they're gorgeous.

I'm glad that I didn't end up wearing the Teletubby costume, because it's all going to happen. We're going to get Charlotte's Web here in California, very, very soon, and until then I have a small bottle of tincture, given to me by someone very instrumental in this whole revolution, and we're going to try it. Maybe even tomorrow.

We talked about facts today; we heard stories (lots of stories from families with kids with epilepsy who began seizing after vaccinations, who began seizing out of nowhere, who were seizing in utero, who have been diagnosed with syndromes and traumatic brain injuries and from people with multiple sclerosis and arthritis and cancer, etc.). We learned about the scientific evidence that cannabidiol has neuroprotective qualities, that it's being used effectively for patients with PTSD, with depression and with all number of neurological disorders and cancer. It went on for hours and hours and it was insane and it was completely and utterly sane.

I will keep you posted. Email me if you absolutely need to know every detail or if you have specific questions. I will try to answer them. If you live in one of the more backward states (ahem -- Texas, above all and most of the southern states), have no fear. These people are working toward making this medicine available to every child that needs it. There are studies being conducted or begun in many of the major epilepsy centers in the country. It will take advocacy and education -- not activism -- because of the draconian federal laws in place that make marijuana equal to heroin and methamphetamine as a strictly controlled narcotic.

I am, of course, excited to see whether this will help Sophie in particular but I'm also certain, now, that it's helping a whole lot of kids like her, for real. It is at once inspiring and utterly draining which I can imagine is mainly because it comes, for us, so very late. 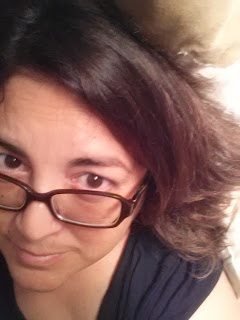 Posted by Elizabeth at 9:42 PM