Cracking Up in the Best Way 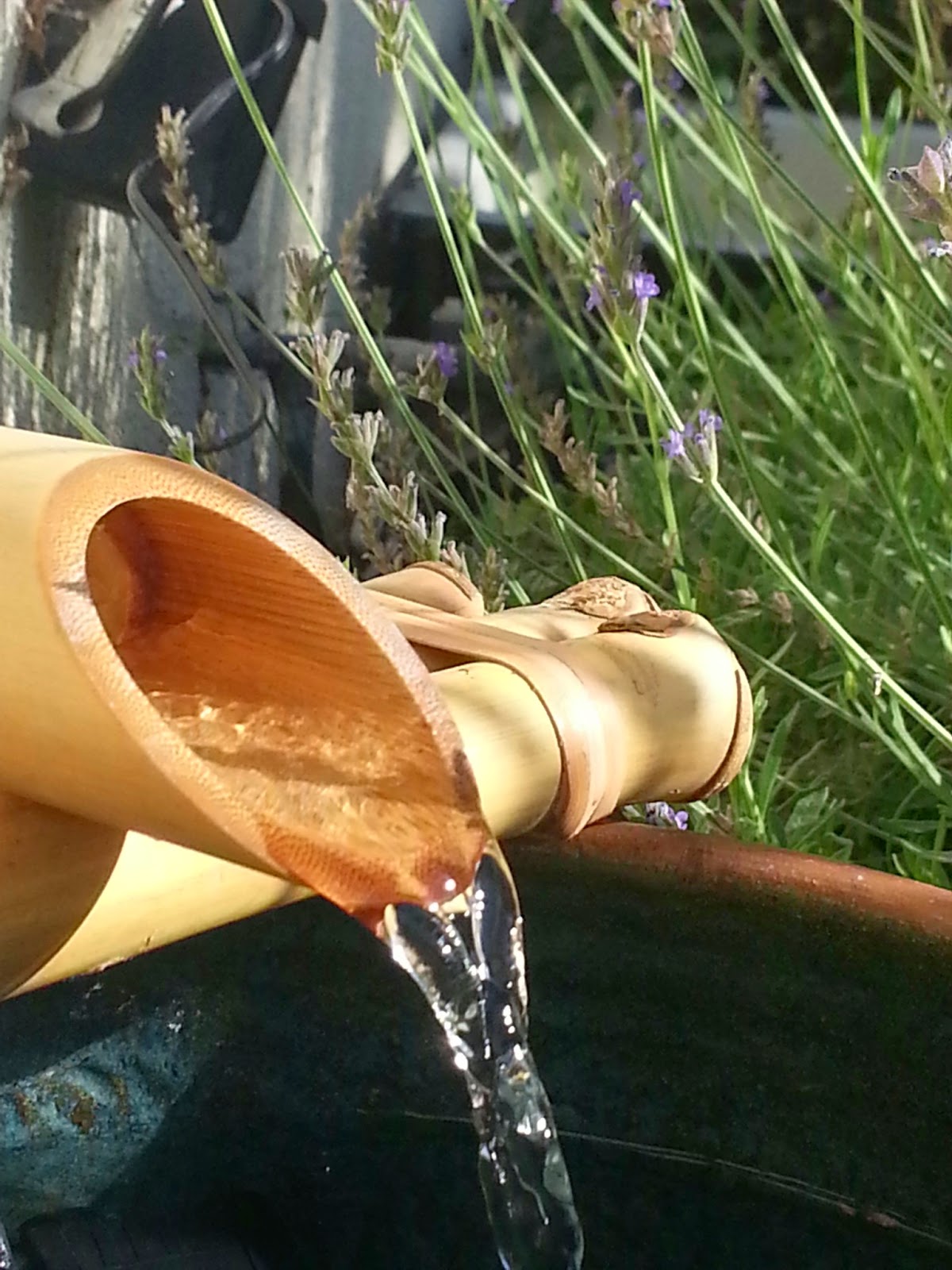 
Oliver and I made that little bamboo fountain and placed it on a tile table right next to the lavender fields (I say fields because it's sort of incredible how many lavender are growing -- it's actually just a patch). The fountain doesn't have a strong motor, so the sound isn't as loud as I'd like, but it's peaceful and very beautiful and we definitely need peace and beauty around these parts.

You know how everyone likes to bash social media and go on sabbaticals and say how much they hate it and how it's ruining their children, and it's a time suck and all that jazz? I say bullshit. During these trying times, I've never felt more connected to certain people -- some of whom I only know online. If that sounds pathetic to you, know that I have a wide circle of human fleshy friends, and I love each and every one of them. I also have a lot of family, and I love each and -- well -- most of them, too. I am, in fact, a rich person as far as my social life goes. But these people I've met on the internets? I'd like to hope that the feeling is mutual, but those certain someones really do sustain me. After walking a much more chipper Sophie all the way to CVS to pick up her medication, and finding out that they processed it wrong and that our co-pay is huge and it's for one of the drugs that she's just ON and we're trapped to being ON it despite its inefficacy because of the hideous nature of weaning/withdrawal -- well, I walked home crying the whole damn way behind my big purple sunglasses. I had myself a bit of a pity party where I cursed pretty much everything and everyone, including those who think I should welcome Jesus into my life. I had a funeral in my mind for what it means to be alive in the 21st century and beholden to big pharma and capitalism and family and marriage -- well, you get the gist. When I got home, I checked out the website for the upcoming Epilepsy Pipeline Conference that I'm attending in early June, where I'm participating on a panel about medical marijuana, and I saw my name listed alongside the big honchos of neurology and Big Pharma, and all I could think was that I need a title, something to convey my rage and despair and love and pride in this life I'm leading with my children. I thought Elizabeth Aquino, FUCK YOU, might work, and I told one of my friends from the etherworld, and she suggested Elizabeth Aquino, Messenger. That cracked me up because it was so weird, so I countered it with Elizabeth Aquino, Daughter of God and then she said, Elizabeth Aquino, Messenger from God.

And then I cracked up laughing, the thought of me sitting straight-faced on that panel telling my story as a messenger from God. My earlier tears, lately just pricking at my eyes seemingly all day long, retreated, my anguish was stilled, I went and sat outside in the sun, heard trumpets in that water in that little fountain, smelled the lavender in the breeze, all of it, all of it, a message writ large of LOVE.
Posted by Elizabeth at 5:50 PM